Crown Prince Mohammed bin Salman is on course to putting the Iranian genie back in its bottle and asserting Saudi leadership of the Arab nations.

The way to make god laugh is to tell him your plans. Crown Prince Mohammed bin Salman’s (MBS) master plan to save Saudi Arabia and Jared Kushner’s linked plan to solve the Israeli-Palestinian dispute are both providing the almighty with much amusement. On November 4, MBS neutralized the wing of the Al Saud family that opposes his rise to power — a move he agreed in advance with Jared Kushner during the latter’s secret trip to Riyadh (although no one in the White House told Rex Tillerson this upheaval was going to happen).

The dissident princes’ bank accounts have been frozen, and they are currently imprisoned in the Riyadh Ritz Carlton until they pay the gigantic fines (or more accurately, ransoms) placed on their heads. Those ransoms will help subsidize MBS’s National Transformation Plan. This includes the sale of 5% of Saudi Aramco to raise foreign exchange to replace the roughly $100 billion a year haemorrhaging out of the reserves. Some of the money raised will be used to create jobs for the millions of unemployed and discontented Saudi youths.

Beyond Saudi Arabia’s borders, life is a bit more complicated, but here too MBS believes that his plans are on course. As the crown prince assesses it, Iran is the main existential threat to him, his family and indeed to the current set up in Saudi Arabia. The ruling elite in the United Arab Emirates agrees with this view and adds in the Muslim Brotherhood as an additional threat — a view Egypt’s President Abdel Fattah el-Sisi also shares.

The Iran nuclear deal (Joint Comprehensive Plan of Action, JCPOA) has eliminated Iran as a potential nuclear weapon state but, as an unintended consequence, enabled Tehran to emerge as the dominant economic, military, political and cultural force in the Middle East. Iran’s economy is again thriving: Unlike Saudi Arabia, Iran prospers when oil is $60 a barrel. What is more, Iran has been on the winning side in the struggles in Syria, Iraq and now Yemen. This poses a major threat to the security and stability of Saudi Arabia, which now also has to worry about the loyalty of its oppressed, second-class citizens — the Shia minority who make up 10% of the Saudi population.

MBS has allies for his plan to deal with Iran and the Muslim Brotherhood. The allies are Israeli Prime Minister Benjamin Netanyahu, President Sisi, Crown Prince Mohammed bin Zayed of the UAE and President Donald Trump; this is where the master plans interlock. MBS’s objective is to put the Iranian genie back in its bottle and once again assert Saudi leadership of the Arab nations. Netanyahu would like to cut off the remaining external political, military and economic support for those Palestinians that still hope to establish an independent state. Once this happens, the Palestinians will have no option but to accept the limited peace deal now on offer — a Vichy-like Palestinian entity located in a series of enclaves inside a greater Israel. A key component of the Israeli plan is shutting off Palestinian support from Iran and Qatar. Here is where the objectives of Israel, MBS and the Trump White House coincide. Saudi Arabia and the UAE have agreed to force Qatar to stop supporting the Palestinians and the Muslim Brotherhood; President Trump will lead the confrontation with Iran.

The plans appear to be working out. Qatar has curtailed its support of Hamas, and Hamas has in turn been obliged to reintegrate itself with the Palestinian Authority. Qatar’s economy is beginning to feel the strain of sanctions and is selling off assets abroad. A few more months and Qatar will be under the thumb of Saudi and Emirati direction. Trump has decertified the Iran nuclear deal as the first step in a new confrontation with Iran.

However, before Iran can be dealt with, there is the problem of Hezbollah. Any attack on Iran would trigger an asymmetric response by Hezbollah against Israel or almost anywhere else in the region. Hezbollah has to be neutralized first. The first step is to get it out of the Lebanese government where it is currently in a coalition power sharing agreement. MBS persuaded (or forced) Lebanese Prime Minister Saad Hariri to resign, blaming Iranian influence. That was relatively easy, though there is disbelief in Lebanon and beyond that this was the real reason behind his resignation.

Rekindling sectarian conflict in Lebanon could soon provide a pretext for an Israeli attack on Hezbollah cheered on by MBS and the White House. Unlike their botched attempt to wipe out Hezbollah in 2006, this time the Israelis will aim for a swift and overwhelming victory. The Saudis have already ordered all their citizens out of Lebanon.

So far these plans appear to be on track. If things continue as they are, Qatar should soon capitulate and stop its support for dissident Arab voices, and Hezbollah will be neutralized, enabling a full scale confrontation with Iran. Israel will have the Palestinians finally caught in a trap from which there is no escape. This will be hailed as a victory for the Trump White House and the final solution to the Palestine issue. MBS will have bought some time to try to reform the Saudi economy and social structure to avoid popular revolt.

What could possibly go wrong? 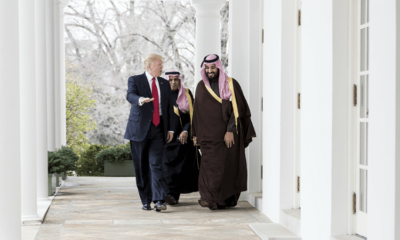 Does Donald Trump Have a Middle East Strategy? 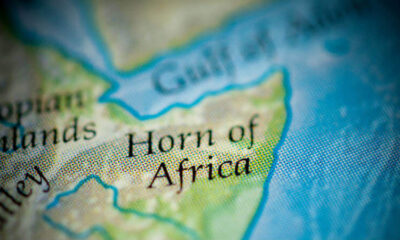 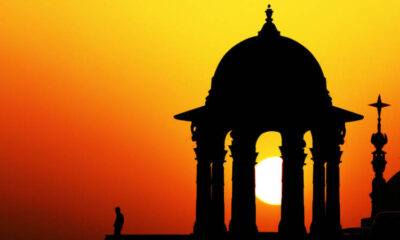 What Does Iran’s Changing Foreign Policy Mean for India?