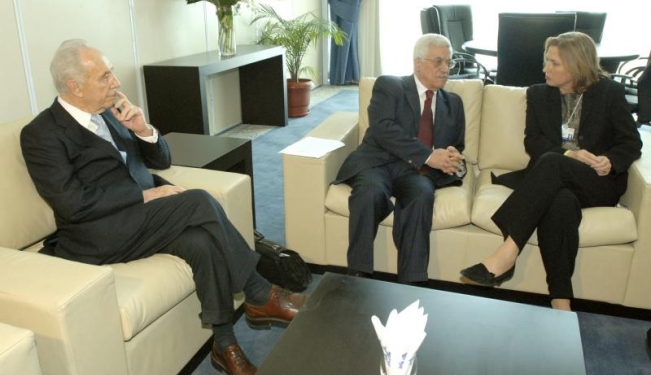 The stalling of peace talks, the unity pact between Hamas and Fatah and the conditions laid out by Netanyahu in Washington DC has left the Palestinian Authority with one main choice, to seek recognition of a state based upon the 1967 borders at the United Nations in September.  However, the US veto option will be significant.

The Arab Uprisings have seen mass mobilisation – amongst the young and the old, men and women, and Muslims and Christian – develop from the Maghreb to the Gulf, calling for the downfall of dictatorships. This follows a rising demand for political reform and democracy since December 2010.  Autocratic regimes have been forced from power by mainly peaceful protestors – Zine El-Abidine Ben Ali in Tunisia and Egypt’s Husni Mobarak – whilst other Arab leaders are attempting to cling on to the remaining power they have, even if this has meant precipitating a civil war.  The word irhal (leave in Arabic) has echoed from Tunis to Sana’a since.

Israel, the PA and Hamas at the Negotiating Table?

In the Palestinian territories, protests had started in March demanding an end to the political division and instead calling for unity between the governing factions in the West Bank and blockaded Gaza.  Since then Hamas, the armed Islamist rulers of Gaza, has formed a preliminary unity pact alongside Fatah and other factions.  Elections are expected to be conducted in the coming September.

The unity deal has, for some, come as a surprise.  However, since the ousting of Mobarak, the transitional military government of Egypt has sought to play a new mediating role between Palestinian factions – this was the catalyst of unification.  Nabil el-Araby, the former Egyptian foreign minister, had been particularly vocal in his opposition to decisions of the past National Democratic Party government and its policies towards participating in the Israeli-Egyptian blockade of Gaza since 2007.  El-Araby labelled the closing of Gaza a “disgrace”.  Subsequently, the Rafah border crossing from Egypt to the Palestinian territory was partially opened on May 28.

Before the unity pact was signed, Mahmoud Abbas, the President of the Palestinian Authority (PA), had stated that elections would be held in September – Hamas refused to accept this.  However, since then, Syria – where Hamas officials are based – has seen a large uprising against the President Bashar al-Assad.  The Syrian President has close diplomatic relations with Hamas officials, including the Hamas leader Khaled Mesha’al who is exiled in Syria.  It has been argued that Hamas may have sought reconciliation with Fatah as a result of the uncertainty surrounding Damascus of late.

Binyamin Netanyahu, the Israeli Prime Minister, had previously advanced the disunity amongst the Palestinians as a reason not to negotiate but he has now stated that he will not participate in peace talks even if the Palestinian government included Hamas.

However, despite Netanyahu’s stance that he will not negotiate with a “terrorist group” which does not recognise Israel’s right to exist and which “calls for the destruction” of the state — verbally and in their charter — he has failed to identify the alternative stance which Hamas has verbally taken.

Ismail Haniyeh, a senior figure of Hamas, stated in 2008 that: “A Palestinian state will not be created at this time except in the territories of 1967.”  Likewise, Mesha’al said in an interview with the New York Times in 2009 that: “We are with a state on the 1967 borders, based on a long-term truce. This includes East Jerusalem, the dismantling of settlements and the right of return of the Palestinian refugees.”

Analysts, including the renowned Robert Fisk, have argued that the acknowledging of the 1967 lines implicitly indicates that Hamas recognises Israel as a state, alongside a Palestinian one. Indeed, these words would need to turn into action by Hamas and the question of whether they would stick to any agreement has rightly been raised; especially due to other armed Islamist-factions in Gaza who would not accept any potential peace-treaty. It is highly unlikely that any future peace-talks would involve Israel and the PA, along with Hamas, until Tel Aviv’s demands that the ruling faction of Gaza relinquish violence and recognise Israel’s right to exist; while Hamas’ calls for the end to the blockade of Gaza are not likely to succeed in the near future. For Hamas to sit at the negotiating table with Israel, it would first need to put down its arms, and adopt non-violent resistance to Israel’s blockade of Gaza and occupation of Palestinian territory.

Netanyahu in the US

Notably, the US President Barack Obama recently stated, during a highly anticipated speech on the Middle East, that the basis of peace negotiations between Israel and the Palestinians should be upon the 1967 lines with mutual land swaps.  Netanyahu reacted with defiance and stated at a press conference in the White House that the 1967 borders were “indefensible”.  In addition, as Netanyahu addressed both the American Israel Public Affairs Committee (AIPAC) – the strongest pro-Israel lobby in the US – and Congress, he laid out various conditions to any peace negotiations with the Palestinians. These received many large standing ovations from the members of the house, forcing Obama to clarify his statements at the annual AIPAC meeting.

However, Obama’s stance should not have come as a shock since past negotiations had been based around 1967 borders with agreed land swaps.  The release of the ‘Palestine Papers’ obtained by Al Jazeera clearly highlighted this.  The papers recorded detailed accounts of how Saeb Erekat, the chief negotiator of the PA, offered Israel the “biggest Jerusalem in history”.  The papers revealed the lengths to which the PA were willing to go in obtaining a Palestinian state, offering Israel large Jewish settlements in the heart of the West Bank and most of East Jerusalem in exchange for land surrounding the Gaza Strip.

As Netanyahu addressed Congress, however, he insisted that Jerusalem would not be divided.  East Jerusalem is considered occupied territory under International Law and the Palestinian people see this as their future capital.  In addition, the Israeli Prime Minister also laid out a number of other conditions.  These included a refusal to allow any Palestinian refugees back to Israeli land and a continuous military presence in the Jordan Valley.

This followed stalled negotiations that had begun in September 2010.  The PA withdrew from those talks owing to an escalation of Israeli settlements in the occupied territories of East Jerusalem and the West Bank, after a previous moratorium expired and was not extended by Israeli officials.

The reaction of close aides to Abbas to the declaration made by Netanyahu has suggested that the Palestinians no longer believe that Israel is a viable partner in peace.  Erekat said: “I don’t think we can talk about a peace process with a man who says Jerusalem will be the capital of Israel, undivided, and he does not want a single [Palestinian] refugee to go back.  What is left to negotiate?” Abbas has stated that “Our option is still negotiation [with Israel], but it seems that because of conditions imposed by Netanyahu… we have no choice but to use the UN to get recognition of our state.  We are serious in our decision to use the UN, it is not manoeuvring… we will do it unless Netanyahu accepts to begin negotiations today on a substantial basis.”

Abbas and the PA are due to approach the United Nations in September to seek recognition of a Palestinian state based upon the 1967 borders, and membership of the General Assembly. Obama has cautioned against this, arguing that only negotiations will yield a durable solution.

The PA has been working on their diplomatic relations with various nations in order to persuade world leaders who have not already recognised the Arab state to do so.  Many South American countries recognised Palestine as a state in 2010, whilst EU leaders are said to be pondering over the idea.  Nicholas Sarkozy, the French President, stated recently: “If the peace process is still dead in September, France will face up to its responsibilities on the central question of recognition of a Palestinian state.”   In addition, the Arab League has also given their backing to the PA in seeking UN recognition of a state.

In order for the Palestinians to become a member of the UN, they would need recommendation from the Security Council.  However, according to the President of the UN General Assembly Joseph Deiss, if the US or another permanent member of the Council were to use their veto, the Assembly would be unable to vote on membership for the proposed state of Palestine.  Deiss was recently asked if the Palestinians would be accepted for UN membership level if the Security Council resolution is vetoed.  In response, he stated “No.”

Whilst Obama recently declared that the revolting Arab populations in Tunisia, Egypt, Libya, Syria and others deserve democracy in their respected lands, the stance towards independence, self determination and democracy for Palestinians has differed.  He has advised the Palestinians to not seek UN recognition in September to avoid Israel becoming isolated in the international community, whilst reiterating the need for peace talks to reignite.  Nabil Shaath, a senior PA official, stated in regards to a possible veto by Obama and the US: “We still hope that he will not do so, and that he will not stand in our way to freedom and independence, which he called for all the Arab nations.” 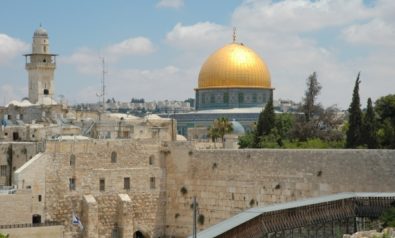 The State of Palestine? 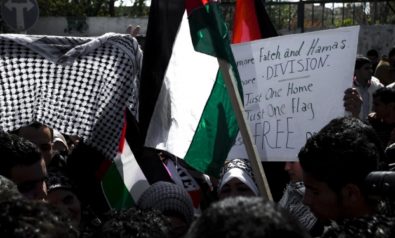