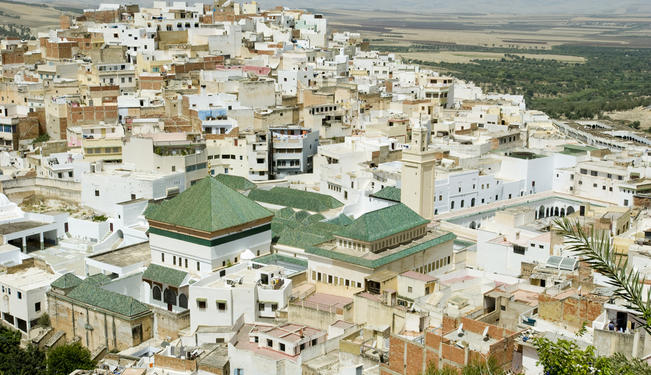 Morocco should focus on the details for effective regionalization.

I have previously written about the initial report of the Economic, Social, and Environmental Council (CESE) in Morocco, which has been charged to assess the necessary conditions to implement regionalization in the southern provinces and eventually the entire country.

I have detailed its major findings and procedures, discussed the roles of various stakeholders, and probed for likely priorities in preparing Morocco for regionalization. With the anticipated final report due before the end of the year, it is a good time to reflect on what is involved in regionalization, once it is defined in law.

Regionalization and decentralization are terms used to describe the same phenomena – how to share power between the central government and the rest of the country. This is an important consideration at this time because it is also a major issue in determining the structure of the government in Libya, the set up of the provincial authorities in Tunisia, and the separation of powers in Egypt, to name a few countries where decentralization is being seriously considered.

There are at least four intersecting lines of authority involved in the devolution of power from the central government to locally elected officials:

Managing the Transition to Regionalization

This brief list gives a flavor of the complexity of moving ahead with regionalization. It is important to recognize that given this complexity, it may take up to a decade before full regionalization in any one area of Morocco is completely implemented.

Fortunately, there is a wealth of international experience that can help Morocco and other countries in the Middle East and North Africa (MENA) meet the challenges of devolving authority and building the institutional and human capacity needed. For example, a major study of decentralization models has recently been released on Libya.

Another good place to start to gather experience on the road ahead was at the 2nd World Summit of Local Leaders and the 4th Congress of United Cities and Local Government (UCLG), recently hosted in Rabat. With delegates from more than 100 countries, “the Summit […] envisaged to be a unique opportunity to present and discuss concrete local solutions to world challenges. It [was an] occasion to define policy, shape action and set future strategic goals for the new international development agenda.”

Local governments throughout the world, and in places such as Morocco where the urban population now exceeds 70 percent of the population, are increasingly tasked with spearheading new delivery systems for social services, reducing congestion and pollution, balancing budgets through creating new and more efficient revenue sources, and integrating their initiatives and responsibilities within a larger, national fabric.

King Mohammed VI made Morocco’s commitment to this vision clear. Addressing the UCLG Congress leaders, he acknowledged the “tremendous responsibility incumbent upon local and regional actors” for “building good governance within their territorial boundaries.”

He declared: “It is no longer acceptable today that central governments should have exclusive authority in defining development strategies for local communities.” Ensuring “local authorities have the necessary legal, financial and human resources” to “fulfill their mission,” the king said, “needs to be placed at the heart of local public policy.”

The Rabat meetings will enable local and regional leaders, multilateral partners, analysts and researchers, and specialists in the complexities of urban society to review and make recommendations regarding the next set of Millennium Development Goals (MDGs) within the framework of Habitat III, set to begin in 2016. It is a prime opportunity for Moroccans to discuss the opportunities and challenges of moving forward with decentralization, while ensuring quality of life for its citizens.

It is critical that the Maghreb countries learn from the experiences of others and from one another, to rapidly develop roadmaps to power-sharing between the central authorities and locally-elected officials.

*[This article was produced in collaboration with Morocco on the Move.]