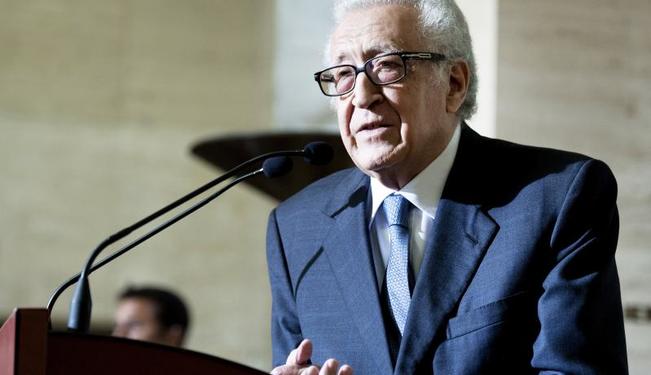 Could Lebanon's 15-year conflict prove to be a lesson for Syria?

Lebanon’s civil war, which cost some 150,000 lives, was brought to a much needed if unsatisfactory end by the Taif Agreement, or National Reconciliation Accord.

It had become clear to the warring Shi'a, Sunni and Christian factions, that there was no military solution to their seemingly endless crisis. When Lebanese parliamentarians gathered in Taif, Saudi Arabia, in late 1989, the factions were ready to end the conflict.

The agreement, brokered with the support of Saudi Arabia, Syria, Egypt, France, the US, Russia and eventually Iran, ended Christian-dominated rule and allowed for much greater Muslim, both Sunni and Shi'a, participation.

Among other things, the agreement called for direct elections of members of parliament, who in turn would elect the prime minister. Previously, the Christian president chose the prime minister. The rearrangement of power sharing — including a 50-50 split between Muslims and Christian representation in parliament — proved to be the most significant and lasting achievement of the Taif Agreement.

Other aspects of the accord, however, proved to be unsatisfactory. Although the sovereignty clauses of the agreement called for the disbanding of all Lebanese militias and exit of all non-Lebanese forces, the Shi'a militia Hezbollah was permitted to remain. Syrian forces stayed in the country and were heavily involved in Lebanese politics until 2005, when international demands following the assassination of then-Lebanese Prime Minister Rafiq Hariri — allegedly at the hands of Syrian and Hezbollah agents — compelled the Syrians to withdraw.

Also, the agreement called for ending sectarianism in Lebanon but without a plan to make that happen. In fact, with the agreement to continue sharing the presidency, prime ministry and parliamentary speakership among the Christians, Sunnis and Shi’as respectively, the government effectively perpetuated sectarianism originally formalized in the National Pact of 1943 that established Lebanon as a multi-confessional state.

A Taif Agreement for Syria

So, what might a Syrian version of the Taif Agreement look like and what can be learned from both the strengths and shortcomings of that accord?

The first and single most important lesson is that warring Syrian parties — Bashar al-Assad’s government, the Syrian National Coalition, the Islamic Front and other major groups — must recognize, as did their Lebanese counterparts almost 25 years ago, that a military solution is not possible.

They must accept that even an imperfect agreement will be better than indefinite prolongation of the suffering of the Syrian people and destruction of their nation.

Second, there should be internationally assisted and monitored free and fair elections for both the presidency and the national assembly within a reasonable timeframe. More time would enable Syria to prepare for elections and avoid the mistakes of Egypt and Libya.

Third, political parties must be free to organize and campaign. No party espousing violence against or disenfranchisement of any ethnic, tribal or religious group would be eligible to participate in the country’s political process. Media and public interest groups would abide by comparable rules and enjoy freedom of expression and a voice in the process.

Fourth, the status of Assad must be addressed. Ideally, he would be prohibited from running for another presidential term. But that is unacceptable to the current government and an effective deal breaker.

Therefore, the various Syrian opposition groups may have to settle for a compromise in which he could run for a single term but that, as in the Taif Agreement, appointment of the prime minister would devolve to the popularly elected national assembly.

Moreover, the national assembly and prime minister could assume greater authorities: for example, appointment or confirmation of judges, ambassadors and military commanders, and supervision in some capacity of the armed forces.

Fifth, prior to the elections, Syrians would vote for representatives to a constitutional assembly that would draft a new constitution for presentation to and approval by Syrians in a national referendum.

Sixth, Syrian jurists, selected after international vetting, would hear and judge cases of criminal behavior by members of the current Assad government and of opposition groups. No Syrian convicted of crimes of violence would be eligible to serve in a future Syrian government.

Seventh, the Syrian army and police would remain but under new leadership. The current "mukhabarat," or military and internal security, would be disbanded. Military officers accused of serious crimes would be removed to await trial before Syrian jurists.

The international community would vet the new army leadership. The army and police would turn their full attention to restoring order, protecting the public, and quelling violence between rival opposition groups.

Eighth, a strong lesson to be learned from a failing of Taif, all Syrian militia forces would be obliged to lay down their arms and all external groups, armed and otherwise, would have to depart the country immediately.

Strong international oversight, possibly enforced with the threat of sanctions, may be necessary to make the latter stick. The Syrian armed forces can be the only permitted armed force in the country.

Ninth, as these actions are taken, the international community should consider removing sanctions. A United Nations Security Council resolution securing Assad's pledge to abide by the conditions might serve as the leverage to confer the legitimacy that the Syrian president so badly wants and the transition government would need.

The parties may have to dispose of the pretense of non-sectarianism, however worthy an objective. Sectarianism has been among the causes of the war and cannot be ended by any written agreement.

However, the agreement can ensure the various parties and sects are properly represented in the national assembly, presidency, prime ministry, and other institutions of the government and armed forces.

Given Syria’s role in the Lebanese Civil War, the notion of Syria drawing lessons to end its own conflict from the agreement that ended Lebanon's is an uncanny irony that only history can provide.

Those lessons, good and bad, can point a way forward for the Syrians. The Taif Agreement can also show that compromise may not resolve all grievances, as has been the case in Lebanon.

Sadly, however, the events last week in Geneva confirm the parties have not reached the critical realization — step one as outlined above — that compromise, versus conflict and confrontation, is the only path toward resolution. Without this, no further progress will be possible.

But this is precisely where the help of outside interests, as was the case in the Lebanese conflict, is most vital. The US, Russia, the European Union, Saudi Arabia and the United Nations must step up the pressure to impress on the parties the need for compromise.

The parties can end the misery of the Syrian people and destruction of the Syrian nation. And they can also meet the aspirations of Syrians for peace, stability, freedom and democracy.