In this guest edition of The Interview, Aras Ahmed Mhamad talks to Kurdish novelist Qasham Ali Balata about her debut novel, “Run Away to Nowhere.”

The Kurds are known for their resilience, peshmerga fighters, disunity and failed attempts to create an independent country in the rough mountains of their contested homeland. The time has come for the Kurdish people to tell their stories through music, art and literature, to attract the attention of the international community through their rich culture, and not just politics.

Getting access to a Kurdish novel in English is quite a feat, mainly a result of the oppression of Kurdish culture. Moreover, since the establishment of the first Kurdish parliament in 1992, the Kurdistan Regional Government’s Ministry of Culture has not made a concerted effort to translate Kurdish literature into English. Bakhtyar Ali’s I Stared at the Night of the City, originally titled Ghazalnus and the Gardens of Imagination, is the first Kurdish novel translated into English by Kareem Abdulrahman, published by Periscope in 2016.

Novels function as a reliable medium through which societies can be analyzed and understood. The Kurdish novel — much like politics, history, business, sport and the media — was dominated by men until the 1990s. Against all odds, Qasham Ali Balata’s Run Away to Nowhere is the first Kurdish novel written in English by a female novelist. Originally from Duhok in Iraqi Kurdistan, Balata tackles the patriarchy and women’s struggle in the region.

In this guest edition of The Interview, Aras Ahmed Mhamad talks to Balata about the significance of literature in depicting issues facing women and their continuous struggle to achieve equality, liberty and freedom in Kurdistan.

Qasham Ali Balata: I did not face any sort of self-censorship while writing my novel. I didn’t want to follow the path that makes women a cheap product or an object for marketing. I didn’t think any of that was necessary to serve the plot. I think the joy of writing is when the writer is free to put whatever he or she wants to write about.

Mhamad: Nareen, the female protagonist, is almost flawless. There are other almost perfect female characters in Run Away to Nowhere, like Aishe, Befreen, Buhar, Zeinab and Jihan. Is this impeccable depiction of Kurdish women a response to patriarchal mentality or a rebellion against female oppression?

Balata: I don’t think that my characters are flawless or perfect. They have their ups and downs. For example, Nareen is very real but at the same time very simple and not as deep as Karwan or Buhar. All she cares about is her future with Karwan. Befreen gets married to someone she doesn’t know well and eventually gets a divorce. Aishe always complains about her father, and when he gets lost, she feels guilty. Jihan feels guilty and thinks that she is not a good mother because she left her two kids in Duhok while she was studying in Mosul. None of them is perfect because I believe there are no perfect human beings.

Regarding the second part of this question, I see that the impeccable depiction of Kurdish women is not just a response to patriarchal mentality, but it is a response to all social traditions as well as being a way of showing strength and resiliency toward all difficulties of life. Let’s not forget it was a true description of a Kurdish woman in the last part of the 20th century.

Mhamad:  Karwan and Nareen are intensely in love, and their love story drives the plot. But Karwan decides to choose Kurdistan over Nareen and is killed in the fight defending his city, Duhok. Nareen decides to spend the rest of her life unmarried, though people ask for her hand. Would Karwan have chosen Nareen’s destiny if he were alive? Who is the true victim, Karwan or Nareen?

Balata: As a matter of fact, I can say both Nareen and Karwan are victims of war and society. I think it is a personal decision for anybody to get married or not after the death of a lover, but in Nareen’s case I think she has her beautiful memories with Karwan. Also, she has her inner peace. Plus she is a hard worker and has her family, students and a group of nice friends. In reality, you can find many women who decide not to get married after the death of their husbands, and sometimes their lovers. I don’t think Karwan would stay unmarried if he was alive and Nareen was dead because very few Kurdish men stay unmarried after the death of their wives or lovers — almost none.

Mhamad: Women are seen as the embodiment of honor. Physical and emotional abuse, female marginalization and male hegemony are everywhere in the novel. In the past, mountain law and honor law replaced court law. These days, political parties have established tribal “social institutions” (mektebi komelayeti) to replace the courthouse. How would you comment on this?

Balata: I do agree that women are seen as the embodiment of honor. Physical and emotional abuse, female marginalization and male hegemony are rampant in my novel because this is the reality of Kurdish society, especially at the time of my novel, which is 1991-1992, and before that time.

I’m personally against mountain law, honor law, tribal law and mektebi komelayeti, and my point of view is very clear in chapter three about how much I’m against tribes and [tribal leaders]. I think Kurdish society is still not coping with the rest of the world because of the tribes.

I’m with the strong and just governance through the three branches of government, especially the judicial branch, where the role of law is dominant.

Mhamad: “Passionate,” “kind-hearted,” “soft,” “caring” — these adjectives are usually attributed to women. Do you think this kind of repetitive word choice can define an appropriate image of women? What kind of political damage can this do when, for example, elections are held? How can women transform themselves from voiceless victims to social and political activists?

Balata: I totally believe that women are and should be passionate, kind-hearted, soft and caring. These humane characteristics are very appropriate to define a woman and her image because it reflects her true nature and complies with her role as a mother, wife and as a solid base for any society.

Do these characteristics mean that she is the weakest link in the society? Not at all, because true politics is based on passion, love, peace and humanism. When you are passionate for your land and people you can make a very successful politician and leader because you can achieve the ultimate goal of politics, which is the welfare of your people. History gave us a very good example of a passionate leader such as [Mahatma] Gandhi. At the same time we have examples of strong, fearless, cold-hearted leaders who destroyed their country, shamed their people and wasted the wealth of the [nation] in conflicts and corruption.

Therefore, women can change from voiceless victims to social and political activists by spreading the message of love and passion for everything good in this region. Also, they can change the typical image of women when they start to believe in themselves as strong social forces and refuse to accept any political view just because they were raised in a family that believed in that view. A woman needs to make her own mind about every single matter and shape her views out of love and passion for her cause.

Mhamad: “Politics is a man’s game. So is writing.” This is a common belief in Kurdistan, Iraq and across the Middle East. What are the most notable changes in Kurdish society in recent years regarding women?

Balata: Regarding Kurdish society, things have changed, but not as we expected. We thought that if one day we became free we will make huge differences in every aspect of our Kurdish society, but unfortunately none of that happened — and the main reason is corruption and struggle among political parties.

Regarding Kurdish women — she looks very stylish and modern these days. There is some progress and change in her thinking too, but she still has very little involvement in issues regarding society, and of course we cannot stereotype a whole group of people because there are always individual differences. I believe any changes in Kurdish society and Kurdish women occurred mainly because of the influence of globalization and revolution of communication technology. Therefore, some people just imitate what is happening around the world and don’t act out of the need of our society. No serious changes are planned by the government or social institutions. 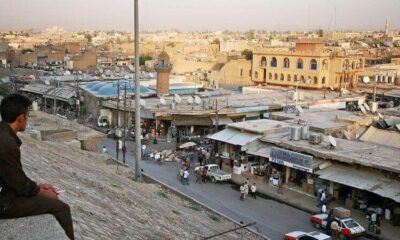 Signs of Hope in the Middle East? Don’t Hold Your Breath 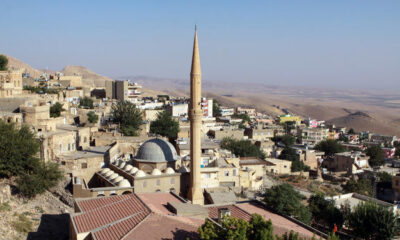 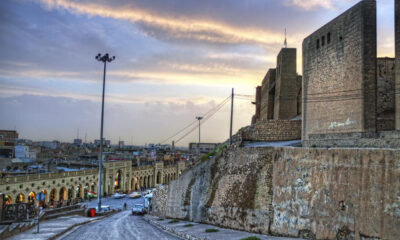