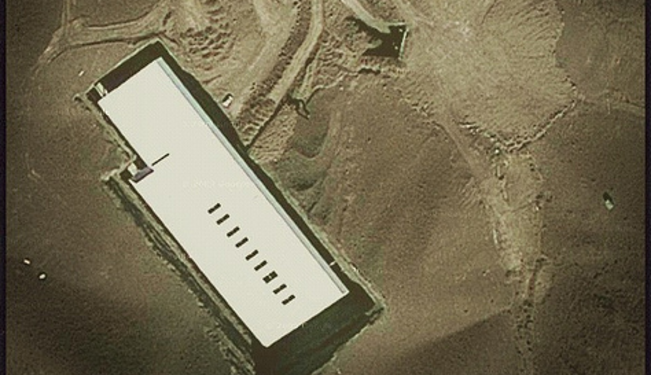 With the start of the summer, a possible Israeli military strike against Iran is a real possibility. Some Israelis think that a credible military threat posed to the Iranians could succeed in halting Tehran's nuclear program without the need for even a single airstrike.

In 2003, as the United States was building up its military presence in the Persian Gulf ahead of the Iraq invasion, something interesting happened in another country – Iran.

Fearing that they were next in line after the Taliban and Saddam Hussein, the Ayatollahs in Tehran decided to completely suspend all nuclear activity – the enrichment of uranium – at the Natanz underground facility, and the covert weapons program.

The suspension lasted two years and only in 2005 did the Iranians renew the program after their fears of being attacked were proven wrong.

Top Israelis officials often look back at the events of 2003 as proof that the Iranians can be stopped with military force that never has to actually be used.

For these officials, one of the key elements missing from the international community’s campaign to stop Iran is the presentation of a credible military threat. This is based on the analysis that what the leadership in Iran cares about most is its own survival and therefore, it will not be willing to risk it for a nuclear weapon.

In the absence of such a threat, Israel ultimately believes the Iranians will not back down from their continued pursuit of a nuclear weapon, which almost all intelligence agencies across the globe understand is the true objective of Iran’s nuclear program.

A military threat though will not work on its own but needs to be combined with tough economic sanctions and diplomatic isolation, as well as ongoing covert action aimed at undermining the nuclear program and slowing down its progress.

While sanctions have been passed – particularly the European Union’s ban on Iranian oil that comes into effect from July – and though Iran faces diplomatic isolation, the measures are still not enough to stop Tehran from obtaining the bomb.

As outlined in my recent book “Israel vs. Iran: The Shadow War”, covert action has also significantly escalated in recent years with assassinations, cyber attacks like Stuxnet and Flame, and defections of Iranian scientists. But this too will only slow down the program and will ultimately not be enough to stop it completely.

There is currently a consensus among Western intelligence agencies that it will take the Iranians six to twelve months before they have an operational crude nuclear device if they decided to build one today. It is believed that it will take another year or two before they can install a nuclear warhead on one of their long-range ballistic missiles.

This is because the Iranians have mastered the technology required to build a bomb and have accumulated enough enriched uranium to potentially make four nuclear devices.

Israel is currently seriously considering military action to stop Iran due to concerns that if it waits too long, Iran's nuclear facilities will become fortified to the point that they could become immune to an Israeli airstrike. The Fordow enrichment facility is a perfect example. Buried nearly 100 meters under a mountain near the city of Qom, such a facility would be extremely difficult to destroy from the air.

The general assessment within the Israeli government is that the Israel Defense Force (IDF) has the ability to damage some of Iran’s key facilities to the extent that it would be able to set the Iranian nuclear program back by a couple of years, though not completely destroy it.

One IDF general recently termed such an attack a “bridge loan” in reference to the type of bank loan many homebuyers take to purchase a property. “The option is super ready,” IDF Chief of General Staff Lieutenant General Benny Gantz told a meeting of the Israeli parliament on June 5. The ultimate question though is whether this can still work and if it is not already too late to stop Iran.

The reason is simple – all the Iranians have to do is make the decision to build a bomb and start the process. The temptation might be too hard to resist.