We, both Israelis and Palestinians, are members of the editorial board of the Palestine-Israel Journal, a joint quarterly issued in East Jerusalem for the past three decades. Our aim is to promote dialogue based upon equality, mutual recognition and respect and provide intellectual impetus to the peace camp in both nations. We are unanimously committed to the two-state paradigm as articulated in UN Security Council Resolution 2334 of December 2016, which was passed by a vote of 14 in favor, including four permanent members, with the United States abstaining. The passage of the resolution commits all UN member states, including the US, to unanimous support for the two-state solution.

We are gravely concerned by the diplomatic conduct of the Trump administration regarding international commitments undertaken by former US governments. In particular, these include the US recognition of Israel’s illegal claim to sovereignty over the Syrian Golan Heights and East Jerusalem; your recent statements asserting Israel’s “right” to annex parts of the West Bank; and the support your remarks received from Jason Greenblatt, President Donald Trump’s Middle East envoy. Such statements prejudice any future peace negotiations in Israel’s favor.

The administration you represent has done immeasurable damage to any fair compromise that would lead to the realization of the two-state solution based on the internationally accepted parameters: the creation of the state of Palestine alongside the state of Israel based on the Green Line (the June 4, 1967, ceasefire lines) with negotiated and mutually agreed-upon land swaps; West Jerusalem as the capital of Israel and East Jerusalem as the capital of Palestine; the termination of the occupation; and the secession of all human rights violations.

The annexation of territory conquered by war is a violation of international law — pure and simple. It is unconscionable that the US, which since its inception has been a pillar of freedom and democracy for the Western world, is flouting the very principles it has fought to uphold throughout its history. This approach is also not in the best interests of the Israeli people, who need a realistic resolution of the conflict to guarantee their long-term existence in peace and security in the Middle East.

We also protest the recent statements of Jared Kushner, the White House senior adviser, alleging that the Palestinians are incapable of running their own affairs. Such condescending remarks remind us of the claims of the Afrikaner leaders regarding the black majority in South Africa during the apartheid era. We are equally outraged by your brazen statements in support of the settlement enterprise and the entrenchment of Israel’s illegal occupation of the Palestinian territories.

The so-called “deal of the century” by Kushner and the Trump administration will be stillborn, because it is indeed a deal, not a peace plan, and it is based on the assumption that the Palestinians can be coerced into selling out their national aspirations for a higher standard of living. We, both Israelis and Palestinians, believe this approach exposes the ignorance of the Kushner team, which is ignoring the proven steadfastness of the Palestinian people and their justified refusal to accept anything less than independence.

The US proposal is doomed to failure, and both the Israeli and Palestinian peoples will suffer the consequences of the despair that it has sown. The Palestinians must be freed from the yoke of Israeli domination through the creation of an independent state alongside the state of Israel. Until this happens, Israel will continue to be a pariah in the region. The future of the Israeli people is inextricably linked to that of the Palestinians, and Israel will experience true liberation only when Palestine is liberated.

As longstanding peace activists, our objective in publishing this open letter is to make clear that the reprehensible statements and actions of your administration will not go unchallenged. We call on the international community to fully implement UN Security Council Resolution 2334, including the principle of differentiation regarding the settlements.

We appeal to the entire world to recognize the state of Palestine and support the Palestinian rejection of the “deal of the century” and its first installment unveiled in Bahrain. We do so in the interests of the two peoples and out of our firm belief that true and lasting peace based on the two-state solution, the most realistic and legitimate option, is still attainable.

Co-Editors of the Palestine-Israel Journal

*[This article was originally published on The Times of Israel’s blog.] 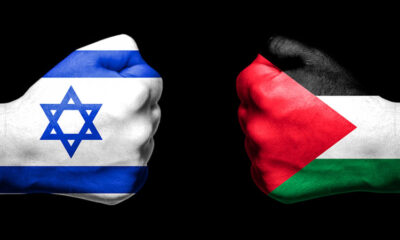