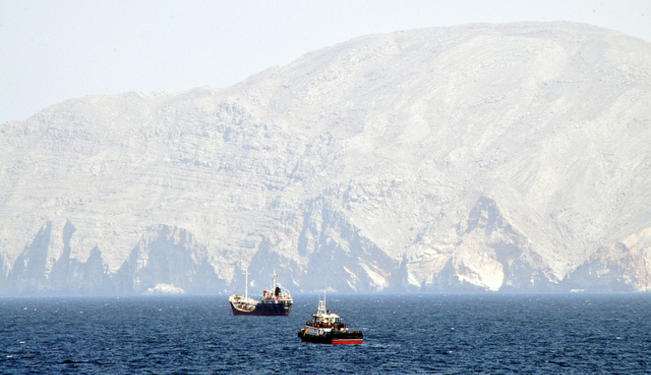 The regime in Iran started 2012 by frightening the world, this time not with its mysterious nuclear programme but by threatening to close the Strait of Hormuz because of indicated Western sanctions to block Iranian oil exports. The small strait is the only sea entrance to the Persian Gulf; a majority of the oil produced in the Middle East passes the strait by ship. Although the international reactions were worrisome, the Iranian rhetoric should not be considered very serious. Closing the Strait would be counterproductive; the country most hurt by it would probably be Iran itself.

Immediately after the first threatening statements and subsequent war games of Iran, a discussion arose among international experts and policymakers about whether Iran would be able to close the Strait of Hormuz at all. Overall, it seems that Iran would be able to, but only for a short period. A clash between the naval and air forces of Iran and the United States—which is a much-forecasted scenario in case of the strait’s closure—would without doubt be won by the US. Compared to the American navy, the Iranian navy does not have the military capacity to win an old-fashioned naval ship-to-ship war. The Iranians could, however, close the strait in an “asymmetrical” way by using sophisticated sea mines and attacking navy vessels and oil tankers with fast, small vessels and submarines. This kind of asymmetric warfare could endure for a longer period because it is difficult for any opponent to find an adequate answer. This way the strait would not be completely closed, but would become a very risky area.

Less discussed, however, is what Iran could even win by closing the Strait of Hormuz. Although it looks like a powerful tool to be able to block much of the oil exports from the Gulf region, the Iranian regime knows that it is not only the West—at which its rhetoric is aimed—that imports oil from the region. One of the other biggest oil importers is China, who also happens to be Iran’s most important strategic partner on the international stage.

Due to China’s voting behaviour in the United Nations Security Council, UN sanctions regarding Iran’s nuclear programme have been relatively mild so far. Although some sanctions by individual (especially Western) states are hurting the Iranian economy, China is often available to rescue Iran. In past years, the Chinese import of Iranian oil has increased almost as quickly as the export to other countries declined due to their sanctions policies. Closing the Strait of Hormuz would not be welcomed at all in China, a country that has become quite dependent on the oil transported through the strait (China also imports much oil from other Gulf states, especially Saudi Arabia). Iran would risk losing its main and almost only patron if it decides to block the strait. Moreover, a blockage would also prevent Iran itself from continuing to export much oil anymore. It seems rather irrational to answer Western sanctions by blocking all oil export when it could be far easier to simply increase oil exports to China. And although some media commentaries may suggest otherwise, the Iranian leaders are not irrational and are very well able to play the game of international and domestic power politics.

Another reason why Iran will think twice before blocking the Strait of Hormuz is that such a blockade would escalate the conflict with the West to a military level. So far, the conflict—if one could even use the word—concerning Iran’s presumed nuclear weapons programme is mostly a diplomatic one in which sanctions and negotiations are the tools used (although covert sabotage actions, such as the Stuxnet computer virus, the assassination of nuclear scientists, and mysterious explosions are probably also foreign military activities). Iran has nothing to win by escalating the conflict to the military level. Closing the Strait of Hormuz will force other states, especially the US, to take military action, and in that case it is reasonable that they will not limit their military action to opening the strait again. When Iran provokes the US to act militarily, the US and/or its allies may at the same time decide to bomb Iranian nuclear installations and military locations, and, although not imaginable at this moment, maybe even opt for regime change in Teheran by military means in order to end problems with the current regime once and forever. It is hard to envisage that the Iranian leadership would risk this kind of escalation.

Why, then, is Iran threatening an action that is not in its own benefit? First of all, it shows that the West’s international sanctions really hurt the Iranian economy. In previous years, Iran always reacted to new sanctions by the US or Europe with statements like “we don’t need the West, we have other trade partners.” Apparently, with a new round of European sanctions focused on blocking the oil export of Iran on the way, the level of economic damage is becoming too heavy for Iran to just state that they don’t need the West. Iran hopes that the European state leaders will soften their plans somewhat, simply out of fear for an escalated situation in the Gulf. On the other hand, the threat to close the Strait of Hormuz may not only be related to the indicated new round of sanctions but may also be meant as a signal to Israel, indicating that any attack on nuclear installations may lead to international military escalation. In this way, Iran could also send a message to the US and hope that the Americans will once more pressure Israel not to undertake military adventures on its own. All in all, Iran’s threat to close the strait seems to be more rhetorical than realistic—at least at this moment.