Tehran’s threat to use foreign fighters against its own people is a clear indication that many in the Iranian security forces will not follow orders if mass protests erupt.

On March 6, Musa Ghazanfarabadi, head of Tehran’s Revolutionary Court, threatened, if necessary, to bring in foreign fighters to prevent an overthrow of the government. Speaking to young Islamic scholars and clerics in the city of Qom, Ghazanfarabadi claimed that “If internal forces fail to protect the regime, then the Houthi rebels, the Popular Mobilization Forces (PMF) known as ‎al-Hashd al-Shaabi, Liwa Fatemiyoun, Liwa Zainebiyoun and other militia groups who are part of the axis of resistance will take over the task and protect the Islamic Revolution in Iran.”

This statement has triggered anger among Iranians on social media — the only platform where people from Iran can freely express themselves. Reza Haghighat Nejad, a prominent Iranian journalist, slammed those who have been fabricating justifications for Iran’s regional policies, saying: “Those who theorized the justifications behind Tehran’s regional policies and its support for militias did not really know that one day the regime will use these groups against our people in order to prevent regime change?”

Others responded by threatening the Iranian officials and claimed that “If people see foreign fighters in Tehran, Esfahan and elsewhere, then they will take up arms and will teach them a historic lesson.” Moreover, many believe that “This threat should be welcomed as it exposes the reality in Iran and indicates that Iranian people do not want the Islamic Republic of Iran (IRI). Bringing in foreign fighters to confront protesters is a clear indication of fear of regime change amongst Iranian officials.”

Many Iranians have called this “a treason against Iran and its people,” with others claiming that “This threat means if Iranians want freedom and democracy then they should pay the price.” Civil and human rights organizations also condemned the rhetoric and warned people that the Islamic Republic could well resort to the help of armed foreign groups to prop up its regime. “Ghazanfar Abadi’s statement must be taken seriously as Iran has used these groups in Syria to suppress and kill Syrians. There is no reason why the IRI will not use them against its own people,” stated the Tavaana E-Learning Institute for Iranian Civil Society.

Dr. Reza Parchizadeh, an Iranian political analyst, believes that Iran would use extremist groups against its people: “Rather than being a form of national government in a traditional sense, the Islamic Republic is a religious-military cult that regards Iran only as a source of capital and occasionally manpower to advance its goal of an Islamist global revolution. In other words, the Islamist regime’s loyalty is to the idea of a supranational Islamic State that includes vast swaths of the Middle East. That is why the IRI has no scruples whatsoever about using foreign forces of the same ideological nature against the people of Iran when the regime feels compelled to.”

Foreign militias established and supported by Iran in Syria, Iraq and Yemen have been condemned by the UN and Human Rights Watch for war crimes and using child soldiers. Threats to target these militias against Iranian citizens are likely to push groups like the monarchists and Mujahedeen-e-Khalq (MEK) to take up arms to protect people. “Iran threatening to use foreign militia against its people is a crucial factor the Trump administration should take into account as it will not be the first time. Therefore, anyone trying to change Iran must take this into account,” says Parchizadeh. Moreover, according to the latest research conducted by Zamaneh, an independent media organization based in Amsterdam, there is an increasing tendency in Iranian society to take up arms against the government. According to this research, the main reason is protection against security forces when anti-regime protests erupt. For many Iranians, the threat coming from the country’s officials reminds them of the early years of the revolution in 1979, when tens of thousands were tortured and executed by the Islamic Revolutionary Courts.

In Qom, Ghazanfarabadi claimed that the clerics must change their methods in order to win over the youth: “Convincing the young generation to believe in the Islamic Revolution is becoming more difficult and impossible with our current programs. We need to change our methods and speeches to gather and galvanize support amongst the youth.” This is a clear indication that the ideological system in place since 1979 is losing its popularity and legitimacy among the younger generations.

What is shocking is that no Iranian official has responded to the statement coming from the head of Revolutionary Courts in Tehran. Despite people’s frustration, ongoing silence from the government on this issue suggests that using foreign fighters against people is likely to be an official decision. If so, a majority of Iranian opposition groups could seek financial and military support from countries willing to confront Iran.

It appears that Iran is facing unprecedented pressure at home, with Tehran willing to use all its power to push back against those who want fundamental changes. A threat to use foreign extremist groups against its own people is a clear indication that many within the Iranian security forces will not follow orders if mass protests erupt. There is a precedent for this when, during the 1979 Revolution, the army and security forces refused to obey their commanders and the shah’s orders to kill more people on the streets. 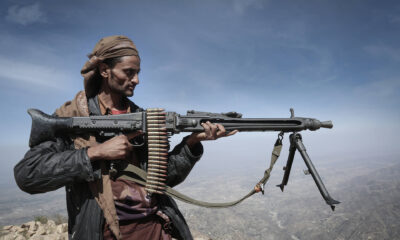 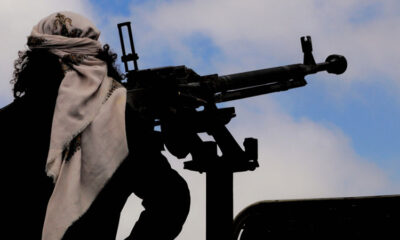 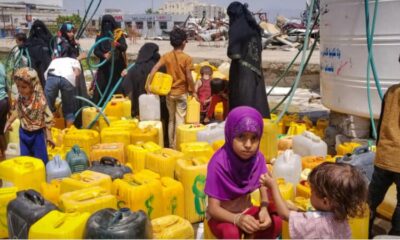