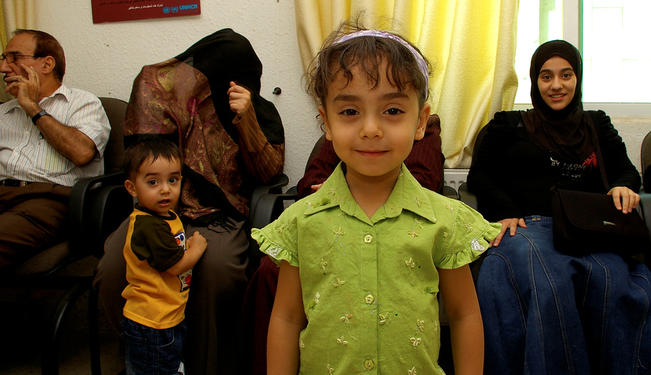 The daily existential struggle of millions of Iraqi refugees has become lost in the coverage of the unexpected, tumultuous, and geo-politically spell-binding Arab uprisings. Although the coalition's mission in Iraq is declared officially over, and the Iraqi government is encouraging their return, millions of Iraqi refugees remain unconvinced that life in their homeland is improving.

Since the removal of Saddam Hussein's regime from power in 2003, an estimated 4 million Iraqis of all sectarian identities and social classes have fled the country for other nations in the region, especially Syria, Jordan, and Lebanon. Sporadic violence, poverty, lack of infrastructure, and a pervasive state of instability prompted their exodus from Iraq. The displacement of Iraqi refugees is considered by many experts to be the largest movement of people in the Middle East region since 1948, when Palestinians left what is today Israel for the West Bank, Gaza Strip, and neighboring nations.

At present in the Middle East, civil war-like conditions in Syria, elections, popular protests and instability in Egypt, conflict in Libya, and a powerful Al-Qaeda insurgency in Yemen have overshadowed the consistent sectarian-killings that still plague Iraq. The sectarian conflict erupted in Iraq following the 2006 bombing of a Shi'a shrine in Samarra by Al-Qaeda in Iraq. The bombing led to widespread sectarian warfare between Sunni and Shi'a Muslims and a period of the largest flow of refugees from Iraq. Although sectarian violence has lessened in intensity, it has not completely abated.

Meanwhile, hundreds of thousands of Iraqis have returned, for a myriad of reasons. These include: the desire to reunite with the family they left behind, a severe lack of money after their savings ran out and as wages in their host countries could not cover their expenses, an inability to secure passage to permanent resettlement in a third-country, and because their enduring hope for a better life in Iraq became too compelling to ignore.

Still, many Iraqi refugees remain in their host countries disagreeing with the idea that life in Iraq is safer and potentially more prosperous for them. A great number of Iraqi refugees are caught in a vicious cycle of poverty and urban squalor, dependent on international aid organizations and interminably frustrated by the delayed processing of a coveted visa to a potential third host country outside of the region. These countries are usually the United States, Australia, or one of the nations in Western Europe. The majority of Iraqi refugees are caught in a state of limbo, impoverished and frustrated by having to live by a day-to-day mindset for many years without any guarantee for their future.

Iraqi Refugees in the Middle East: Urban and Unremarkable?

Some neighborhoods in these countries – such as the Sayyida Zeinab suburb of Damascus that is the site of major Shi'a Muslim shrines and pilgrimage sites of Sayyida Zeinab and Sayyida Ruqayya – have such large concentrations of Iraqis that they are now famously known to be "Iraqi" and not "Syrian." The majority of the Iraqi refugee population in the Levant have become part of a large and essentially indistinguishable urban proletariat in the capitals of Damascus, Amman, and Beirut.

Iraqi refugees compete with Syrians, Jordanians, Lebanese and foreign guest workers for increasingly harder-to-find labor, deprecating salaries, and housing that is in a poor state of repair. Competition from Iraqi refugees – especially from middle-class and wealthier Iraqis who arrived in their host countries with savings and liquid capital – has been seen as contributing to the rising cost of apartments in areas of Damascus and Amman. Iraqis, of all social classes, are frequently viewed by their host countries' native population as being "rich Gulf Arabs," due to Iraq's oil wealth, and thus able to afford higher rents and cost of living. As a result, many young Syrians and Jordanians in neighborhoods with a large number of Iraqi refugees feel they are priced out of affordable rent, and have had to delay their plans for marriage and starting families. Generally, the Iraqis are blamed for these difficulties. This tension between Iraqis and their host countries’ populations has become a troubling and slightly embarrassing subject for discussion in the region.

The Iraqi refugee population in the Middle East also has uneven legal protections in its host countries. Formally, many nations in the region, including Syria, Jordan, and Lebanon, have not signed the 1951 United Nations Declaration on the Rights of Refugees or the 1967 Protocol Relating to the Status of Refugees which bolstered the 1951 Declaration. In general, although Iraqi refugees in countries such as Syria and Jordan have been given access to state-funded social services, they do not have the same ability to work in a wide range of professional fields as the natives of their host countries.

Syria and Jordan, the nations with the largest Iraqi refugee populations, maintained relatively lenient "open-door" policies for Iraqis seeking entrance into their respective territories. This leniency was unofficially ended by Jordan in 2009 and by Syria since the outbreak of the Syrian uprising in March 2011. Lebanon, with the third largest population of Iraqi refugees in the region, is generally more difficult for Iraqis to enter and more committed to deporting Iraqis that are caught residing in the country illegally.

Many Iraqis, especially men, and even those with advanced degrees in fields such as engineering and medicine, have difficulty finding all but the most menial of labor. Often, this work is found on the "black market," which is beyond the regulation of local authorities. As a result, many Iraqi refugee families are becoming extremely poor and vulnerable, and have suffered horribly from psychological trauma due to threats and violence they witnessed or were the target of in Iraq.

These existential conditions can become so bad that some Iraqi refugee women and teenage girls, usually single-parent female heads of households and especially in Damascus, are reported to have turned to work in prostitution to bring income for their families. A large number of Iraqi refugee households with both parents are only earning income from the women of the family, who have an easier time securing black market employment, usually as domestic workers.

It is reported that many Iraqi men who were the breadwinners in their households in Iraq, are increasingly feeling disempowered and emasculated. This is thought to be causing instances of violent frustration from unemployed Iraqi men against women in refugee households, and therefore, leading to higher rates of domestic abuse.

Most Iraqi refugee populations in the Middle East are stuck in a culture of vulnerability, with few prospects to improve themselves or their surroundings.

Read part 2 of Nicholas A. Heras' research on the Iraqi refugee population in the Middle East on June 22.