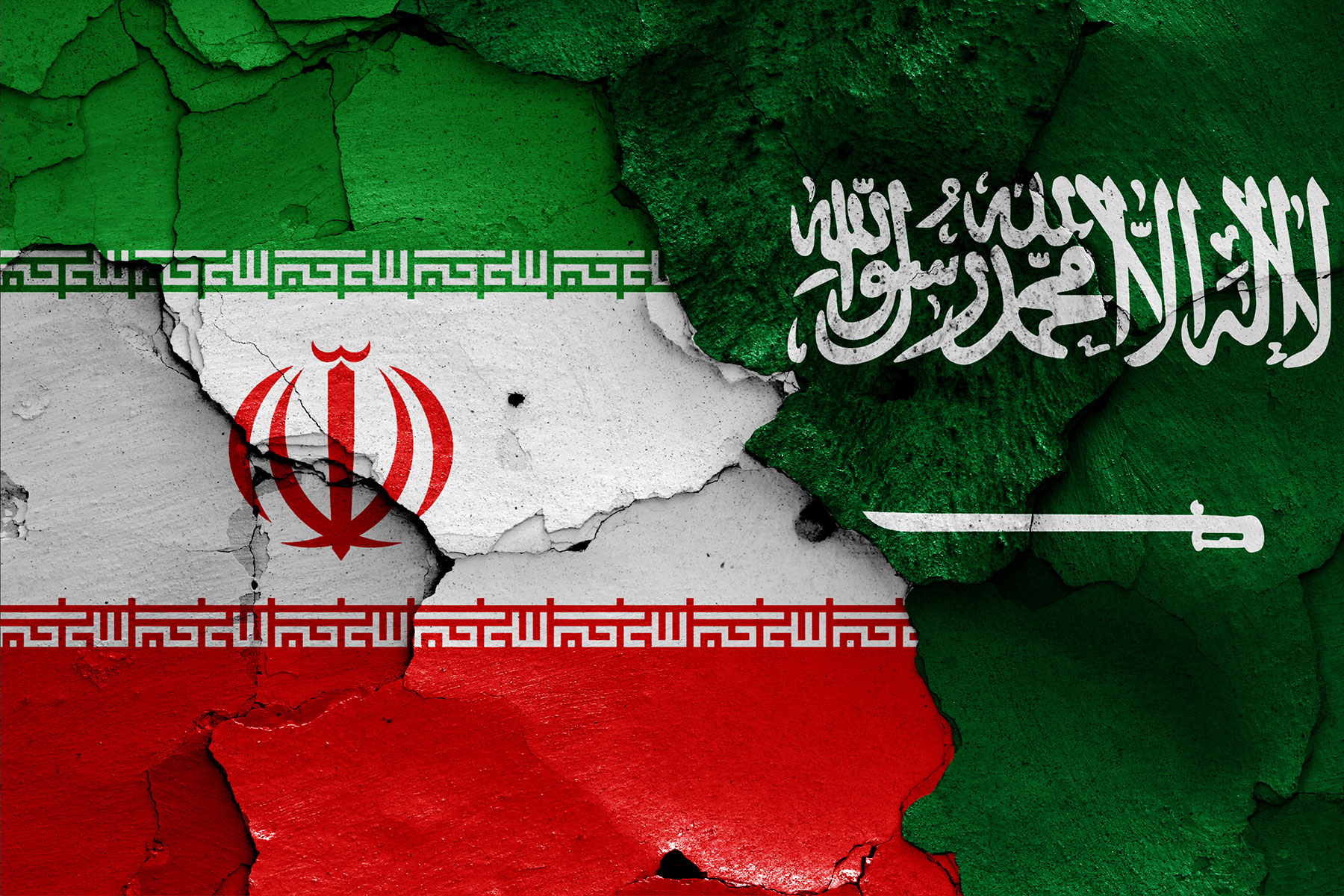 From left to right, the flags of Iran and Saudi Arabia. © Danielo / Shutterstock

Since the end of the 1973 Arab-Israeli War, the United States has been the unchallenged dominant power in the Middle East and North Africa. As such, it often saw its role, for better or worse, as fixing the region’s many problems. The Israeli-Palestinian conflict, Iraq and Saddam Hussein, Iran, high oil prices, Gulf security, Western Sahara, menacing non-state organizations, counterterrorism, human rights, democracy, autocratic leaders, failed states — whatever the concern or challenge, the Americans came to view them as priority issues and their responsibility. Moreover, many regional states and even their citizens often saw America’s involvement as a necessity, sometimes even an obligation to tamp down the region’s frenzied political climate.

But times have changed. Three recent presidents — Barack Obama, Donald Trump and now Joe Biden — have made efforts to distance the US from its endless, exasperating entanglements in the Middle East. Those efforts had distracted the United States from its principal challenges in the world — China and Russia — and sapped it of its military, economic and political might and influence. America received very little in return on its investment. Furthermore, years of US involvement in the region had also fractured the American public’s support for the more critically important role it must play in anchoring the international order.

Downgrading America’s involvement in the Middle East isn’t necessarily a bad thing. For decades, many in the Middle East and in the US had argued that the region’s problems must be tackled by the governments and people of the region. Outsiders can play a supporting role, but the tough decisions can only be made by the governments themselves. That may now be happening.

But handing off the task of addressing the region’s manifold challenges got off to a poor start. Neither the US, nor the international community, nor the states of the Middle East seemed able to solve the conundrum of the region’s three failed states.

Then, starting around 2015, Saudi Crown Prince Mohammed bin Salman started ordering others around — imposing a blockade on Qatar, detaining the Lebanese prime minister, jailing courageous dissidents and largely harmless millionaires, ordering a hit job on journalist Jamal Khashoggi and jumping into the Yemeni Civil War. And it all went bad, very bad in fact. Additionally, it provoked other would-be movers and shakers to get in the act, including the United Arab Emirates, Turkey, Iran, China, Russia and even Israel. And not always with good intent or positive results.

After years of misdirection, however, governments now seem to be taking a more sober and responsible approach that could prove genuinely beneficial for the region. For starters, they have embarked on a simple approach: dialog. They are talking about their problems, especially those between and among one another. Dialog leads to understanding, which can lead to shared interests. Ultimately, to be effective, dialog must lead to compromise. That involves the inevitable give-and-take that allows nations, especially those close to one another, to live and thrive in peace and prosperity.

One of the most encouraging initiatives may be the most unexpected: dialog between the Middle East’s two major powers, Iran and Saudi Arabia, and hosted by perhaps the most unlikely state, Iraq, unquestionably the region’s most conflict-ridden for decades. The issues are many between these two historic rivals, separated by a narrow gulf on whose name neither seems able to agree. But the larger gulf lies in their differing views of the other, their competing religious sects — the Saudi uber-conservative Wahhabi Sunni Islam vs. Iran’s clerically-led, conservative Shia Islam — perceptions of the other’s role and intentions in the region, their wealth, and relations with and ties to the broader international community, almost non-existent in the case of Iran.

One especially neuralgic issue for both is their respective roles in the Yemen War. It is now abundantly clear that the Saudis’ overwhelming military power, bolstered by the US and some European nations, cannot defeat the Houthi rebels. Nor can it end either the war or even its costly intervention in it. The Saudis need help. Enter the Iranians, who have been supporting the Shia-affiliated Zaydi Houthis in this war since 2013. With ideology and much-needed weapons and funding, though much less than what Saudi Arabia has expended, the Iranians have empowered the rebels to the point where they are now an established power in a future Yemen, whether unified or bifurcated.

So, the two regional powers are talking it out. The Saudis want out of the war, but they also want reliable security along their southwestern border. The Iranians want a Shia power on the Arabian Peninsula, but preferably one at peace.

Yemen may be the most immediate challenge for the two states. But there are others. More broadly, Saudi Arabia and Iran need to reach a modus vivendi in the region. On-again, off-again formal relations, menacing behavior toward each other’s oil and shipping interests, and verbal assaults do little more than increase the temperature in a region plagued by heat, literally and figuratively.

Saudi Arabia has also launched a campaign to repair the frayed relations among its Arab neighbors. Last week, Mohammed bin Salman week began a PR campaign to demonstrate a new and improved political environment. In a swing through the neighboring Gulf states of Oman, the UAE, Bahrain and, most importantly, Qatar, he seems to be trying to rebuild what once had been the region’s preeminent multilateral organization, the Gulf Cooperation Council.

Mohammed bin Salman single-handedly fractured the Gulf alliance when he imposed his 2017 blockade on Qatar, joined by the UAE, Bahrain and Egypt. It backfired. Qatar remained in the good graces of the US, drew the political and military support of peripheral power Turkey and earned the support of Iran. Consider it the young prince’s on-the-job training in global as well as regional politics. He is now devoting particular attention to Doha in the hope of what yet we aren’t quite certain. But this repair work and goodwill tour cannot help but create progress.

And not to be outdone, the Gulf’s other power, the UAE, has embarked on its own diplomatic repair mission. Like the Saudis, the Emiratis want to lower the temperature in the Gulf, and their position as the region’s prime economic entrepôt gives them special heft. The UAE’s ties to the US, still the unquestioned but now quiescent power in the Gulf, also lend special weight.

Could It All Be for Naught?

Looming over all of these laudable efforts, however, is Iranian behavior in the region. All eyes are now on the recently restarted talks over the Joint Comprehensive Plan of Action (JCPOA) in Vienna, Austria. Following a near-six-month hiatus at Iran’s request, the P5+1 group and Iran renewed negotiations to reinstate the JCPOA — aka the Iran nuclear deal.

But it is the critical non-dialog between the US and Iran — the two countries are still not meeting face-to-face but rather communicating through the intermediation of the other P5+1 countries — that bears the most serious watching. Unless they can agree on a way forward that puts Iran’s nuclear weapons potential well into the very distant future while also lifting America’s onerous and inescapably crippling sanctions on the Islamic Republic, the heat in the Middle East will become white hot.

Judging from the US State Department’s uncharacteristically downcast semi-official readout of the first round of the negotiation restart, there is cause for concern. Iran’s counterproductive, albeit predictable, maximalist opening gambit soured the P5+1, even China and Russia. Negotiators met again last week. Unless there is a greater attitude toward compromise, however, pessimism will win out. Positions will harden. And more extreme (and dangerous) measures will become viable.

President Biden has reiterated the US pledge that Iran will not get nuclear weapons. But neither he nor his secretary of state, Antony Blinken, will state what the consequences of failed talks might be.

Israel, however, is not so coy. Recent Israeli statements confirm that the military option is very much in play. As if to put an even finer point on the matter, US Defense Secretary Lloyd Austin visited Jerusalem late last week for meetings with his Israeli counterpart, Defense Minister Benny Gantz. Both men are retired top generals of their respective armed forces and will have discussed military and other options.

Military action would be an unspeakable disaster for the Middle East. But so would a nuclear-armed or even nuclear-capable Iran. Even an approach that stops short of armed conflict will impose extraordinary hardship on the region, certainly prompting other states to consider acquiring nuclear weapons and further isolate Iran.

It would be unfair to place the entirety of the burden for the success of these talks on Tehran. However, unless Iran understands the futility of its mindless pursuit of nuclear weapons, no effort at fostering understanding elsewhere can temper the region’s mercury-popping political heat. 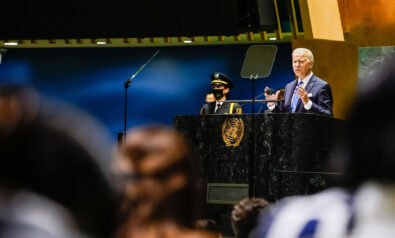 US Foreign Policy in the Middle East Needs a Rethink 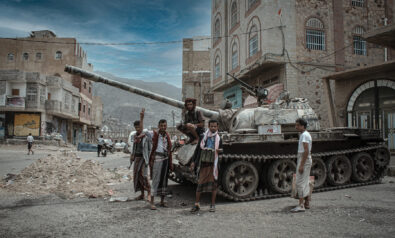 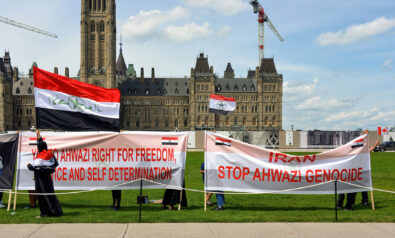