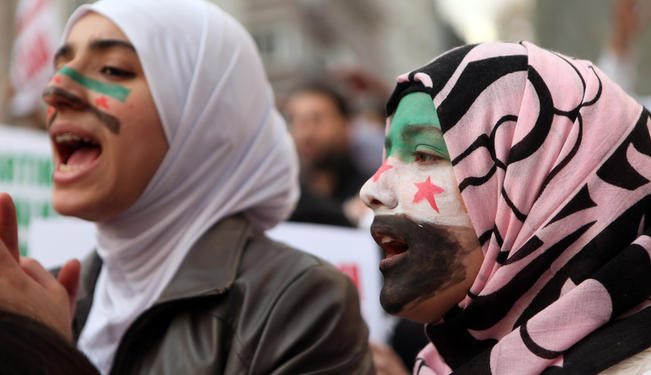 1: A Particular Province of Syria: Civil War and Civil Hope— Nicholas A. Heras

This article is the last of a multi-part series exploring Tripoli, Lebanon. The series is based on Nicholas A. Heras’ extensive experiences in the city between 2006 and 2011, and the continuing lessons its residents have given him. View bonus feature here.

2: The Hegemon at the Crossroads — David Holdridge

As the US presidential election looms, David Holdridge argues that Washington must make some fundamental changes if it is to be relevant to the new global dynamic, particularly in the Middle East.

Lana Asfour talks to Syrian refugees in Lebanon near the Syrian border.

4: Who Should be Egypt's Next President? — Casper Wuite

Egyptians are preparing to vote for a new president and complete the transition to civilian rule. With candidates vying for an ill-defined but crucial position it is imperative for voters to ignore the political demagogy that has led Egypt astray so many times since the Revolution. Rather, while deciding who should be president, they should take into account three issues that will determine the success of Egypt's transition to democracy.

Sexual harassment is endemic in Egypt, and increasing numbers of women have begun speaking out against it. Fair Observer's Natasha Smith asks how this deep-seated problem affects women in Egypt and what can be done to stop it.