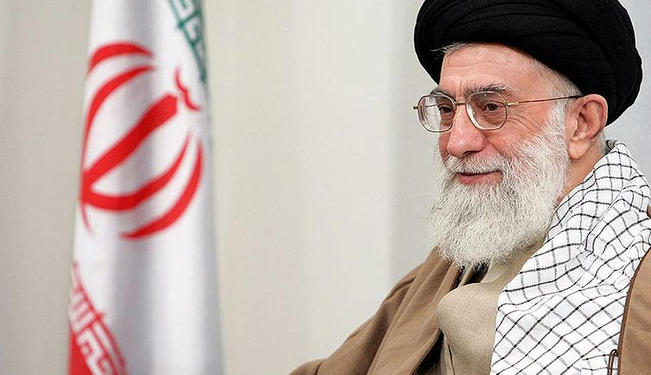 Iran has simultaneously been a marginal player and a key player in the Syrian crisis. Now, Iranian decision-makers are attempting to gain ground through alternative diplomatic tracks, such as the Consultative Conference of Tehran and the Non-Aligned Movement Summit.

During a meeting with the Turkish Foreign Minister Ahmet Davutoglu, US Secretary of State Hilary Clinton envisioned a Syrian strategy based on two interlinked assumptions: speeding up the end of the bloodshed, and the end of the Bashar al-Assad regime. Yet, these two goals are not forcibly one consequence of the other. Indeed, a fall of the Assad regime might provoke even more atrocities in Syria and beyond, especially if it had to come by military means.

In reality, for Clinton, these two priorities have until now been ‘essentialised’ into the need to get rid of Assad as part of the broader strategy to curtail Iran’s role in the Middle East. Nothing new on the Western front of course, and neither on the Syrian side, where countless human rights violations leave little room for denial.

Meanwhile, the US foreign policy machine formulates a comprehensive package of sanctions which puts together all the elements of the equation (Iran-Syria-Hezbollah), projecting the conflict onto an explicitly regional dimension. References to cross-border forces, such as Hezbollah, Pasdaran and the PKK in Syria and Iraq (in anti-Turkey dimension), or CIA, Mossad and Islamist groups (in pro-rebel fashion), are part of the public strategic schema of the conflict. It might appear a minor development for a conflict described by most commentators as having a regional dimension since its inception 17 months ago; nevertheless, public stances by US policy-makers and their allies are harbingers of oncoming shifts in their engagement in the conflict.

This shift, emphasised also by sensitive words such as a "no-fly zone" and a "security perimeter", comes at the time when Iran and other countries seek alternative horizons of a political solution to the Syrian crisis, before it reaches the stage of the uncontrollable.

After the attacks in Damascus at the National Security building, the Syrian Army has been effectively able to drive the confrontation out of the capital, reinstating its capacity to hold on to key areas of the country. However, the opposition forces have secured wide international support, both in political and financial terms.

Iran's Position in the Crisis

In this regard, Iran has simultaneously been a marginal player and a key player. On the one hand Iran has supported the Assad regime for many years by providing development funds (such as hospitals and infrastructures) technical support (communication and information technologies) and political backing (diplomatic alliance). However, on the other hand, Tehran has been excluded from main international gatherings on the Syrian crisis, mainly due to US-Israel opposition, and an on-going confrontation with the Gulf Cooperation Council (GCC) countries.

Thus, Iran staged a diplomatic onslaught on various fronts, in a bid both to gain momentum after the departure of Kofi Annan and to provide a diplomatic counterbalance to the ‘Friends of Syria’ camp. This began with the International Consultative Conference in Tehran which was meant to lay the groundwork for an alternative political track. This has continued during the Non-Aligned Movement Summit in Tehran (August 26-31), with the participation, after long years of mutual distrust, of Egypt, represented by President Mohamed Mursi. The latter accused the Syrian government during his official speech, causing the anger of the Syrian delegation. Yet, the Iranians attempted to establish a direct line of communication with the Egyptian President in order to build a multilateral front of engagement in the crisis.

Hyperactive and multi-lateral engagement have been distinctive features of the Iranian foreign policy, particularly under Mahmud Ahmadinejad. Apart from the pro forma considerations over who holds the reign of power in Tehran, one can confidently say there is a wide consensus beyond the Majles (parliament) over Iran’s priorities, with support for Damascus. This priority is more important when the country is increasingly put under international sanctions and isolated from regional and international counterparts.

Although it is true that Tehran’s support for the Assad regime is strategic and part of a long term alliance, the proposals of the Iranian-sponsored conference suggested a set of pragmatic and political steps to stop the civil war in Syria. This may represent a good alternative to the stalemate. It also explicitly recognised the legitimacy of the Syrian opposition groups in broad terms, first having invited them to the conference and then by including them in the plan for future negotiations with the government in Damascus.

These are no minor steps for the Iranian government, which despite being ideological in its public language, tends to be cooperative at a regional level, particularly in periods of crises (Afghanistan 2001; Kuwait 1990-91). If Iranian media emphasise words such as ‘terrorists’, ‘mercenaries’ and ‘extremists’, it does not mean that the government in Tehran considers all the opposition groups in Syria as illegitimate. Instead it suggests two points: first, policy-makers are increasingly concerned about the mushrooming of al-Qaeda-like groups across Syria, which implicates a scenario of long-term internal and cross-border instability. Second, it is an attempt to delegitimize Western strategy in Syria by focusing on the openly violent, sectarian and fanatical elements.

However, what is more interesting is Iran’s declared readiness to let a transition take place in Damascus by means of general elections, for which international supervision would be allowed. This hypothesis, remote when one looks at the current military confrontation, remains nevertheless among the few options to avoid the continuation of the conflict and further deterioration of Syria’s social compound. In brief, it requires all parts to acknowledge that ideal outcomes cannot be achieved in such a critical and complex context, and that alternatives to militarization and bipolarization can create a fragile, yet opportune, environment of dialogue, also in view of the evident proxy nature of the conflict.

The old refrain of ‘war until democracy’ or ‘war until the end of dictatorships’ should now be replaced by a revolutionary strategy of engagement by the forces inside Syria, and less by hopeful Syrian politicians in Istanbul and Paris.

The time is ripe to put forward a practice of power which seeks a compromise with reality, because in Syria victory risks to be nothing but turning a bloody page into an unknown nightmare.

In proxy wars, the winner is not always among the contending parts.

*[A version of this article was originally published by Politics in Spires on August 19, 2012].