With Donald Trump in the White House, the Egyptian president is changing his tune.

An Egyptian government decision to designate soccer icon Mohamed Aboutrika as a terrorist, coupled with the recent arrest of more than 30 militant football fans, puts to bed any hopes that President Abdel Fattah al-Sisi sees the game’s supporters as a way to reach out to his opponents.

Sisi’s intent to maintain his brutal crackdown on dissidents was likely bolstered by a perceived change of attitude of the United States with the rise of President Donald Trump, who is expected to prioritize counterterrorism over respect for human rights.

In a telephone conversation on January 23, Trump promised Sisi—who met the new US president in New York in September 2016 and was the first Muslim head of state to congratulate him on his election victory—that Washington was committed to supporting Egypt in its fight against political violence. “The US president also expressed during the call his looking forward to the president’s [Sisi] awaited visit to Washington, which is being prepared for through diplomatic channels,” President Sisi’s spokesman, Alaa Youssef, said in a statement.

The designation of Aboutrika as a terrorist—who is a retired four-time African Footballer of the Year nicknamed The Magician—the arrest of 20 fans of storied Cairo club Al Zamalek SC for attempting to force their way into a training session of their team, and clashes with supporters of Zamalek’s arch rival, Al Ahli SC, in which two policemen were injured came as part of a wider crackdown.

The 20 Zamalek fans were detained for demanding during an Egypt vs Tunisia match the prosecution of club President Mortada Mansour. The fans raised a banner saying, “311 days since the massacre at the Air Defense stadium, prosecute Mortada Mansour,” a reference to clashes with security forces in February 2016 in which some 20 Zamalek fans were killed.

A larger than life member of parliament, Mansour justified the deaths, claiming he had requested security forces to act against what he termed members of the Muslim Brotherhood. In the past, Mansour unsuccessfully campaigned for the banning of militant soccer fan groups as terrorist organizations.

For much of the past six years, Egyptian stadia have been closed to the public, with the exception of controlled and limited access to international matches, in a bid to prevent them from again becoming platforms for anti-government protest.

Aboutrika, a supporter of the Muslim Brotherhood whose assets were frozen in 2016 on charges that he had funded the outlawed group, was one of 1,500 public figures designated as terrorists by a Cairo court on January 19, 2017. The soccer player drew the ire of authorities for supporting militant fans amid the suspected involvement of military and security forces in the Port Said stadium brawl in 2012, in which 72 Ahli supporters died.

The former midfielder, who captained Egypt’s national team during a decade in which three African titles were won, also expressed support for Brotherhood demonstrators—hundreds of whom were killed in a brutal crackdown on Cairo’s Rabaa al-Adawiya Square following the 2013 military coup in which Sisi toppled Mohammed Morsi, a Muslim Brotherhood member and Egypt’s first and only democratically elected president. Aboutrika, who is based in Qatar, has denied being a member of the Brotherhood and has said he would appeal the court’s ruling.

Egypt has listed the Muslim Brotherhood as a terrorist organization and imprisoned thousands of its supporters since Sisi removed Morsi from office following mass protests against his rule. A 1986 research paper by the Central Intelligence Agency (CIA) cautioned that “a weakened Brotherhood … is likely to strengthen Islamic extremists who are even less accommodating to the United States,” an expression of concern that a repressive regime’s suppression of the Brotherhood would fuel radicalization.

The designation of the 1,500 public figures and the arrests coincided with the detention of nine alleged leaders of the Muslim Brotherhood on charges of planning to “disrupt order and security” on the January 25 anniversary of the 2011 popular revolt, which forced President Hosni Mubarak to resign after 30 years in office. Militant, highly politicized soccer fans played a key role in the uprising.

The interior ministry asserted that the men had “aimed at provoking public opinion by exploiting the economic situation the country is going through and coordinating with extremist entities.” President Sisi has seen his popularity drop in recent months amid intermittent protests against the pain of a deteriorating economy, sharply rising prices and commodity shortages, and austerity measures designed to rein in unsustainable spending on subsidies and allow Egypt’s currency to float freely.

An End to Cooperation

The designation of Aboutrika and the arrests signal an end to intermittent attempts by Sisi to speak to soccer fans and through them to frustrated Egyptian youth. In an unprecedented gesture, Sisi reached out in 2016 to Ultras Ahlawy, the militant, street-battle hardened support group of Al Ahli. In his first recognition of the potential power of soccer fans, Sisi phoned in to a television program on the fourth anniversary of the Port Said incident to invite militant fans to appoint 10 of their members to independently investigate the incident.

It was the first time Sisi had reached out to his opponents, many of whom have been killed by the interior ministry’s security services, forced underground or into exile, or are lingering in prisons where they risk abuse and torture. Ultras Ahlawy declined the invitation, saying it could not be accuser and judge at the same time, but kept the door to dialogue open.

With soccer fans having been at the core of mass student protests against Sisi in 2013 and 2014, which were brutally crushed by security forces who turned universities into fortresses, the government accelerated the move of government offices, state security, judicial bodies and a new police academy.

“The security situation is connected to the targeting of these institutions by a number of protesters centered in downtown Cairo. They seek to spread chaos throughout the country … And they’re attempting to break the aura of authority around state institutions by putting them under siege, covering their walls with graffiti of vulgar images and language degrading to those who work there … The security challenges the country is going through have forced the ministry to accelerate its construction plans,” said General Ahmad al-Badry, the former head of the police academy, at last year’s inauguration of the new academy. 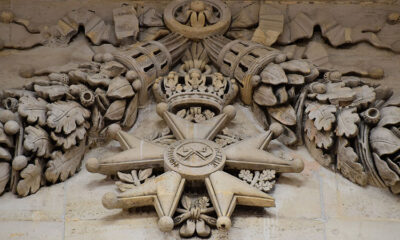 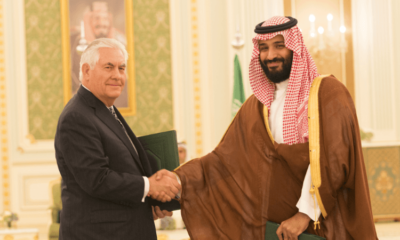