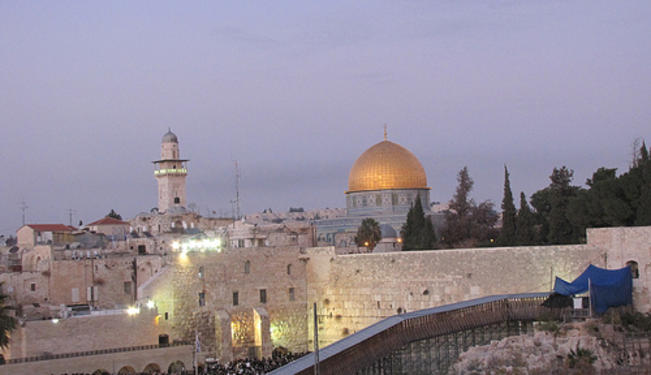 An insight into the Israeli response to the Arab Spring.

On March 26, 1979, on a sunny day on the lawns of the White House, Menahem Begin, the Israeli Prime Minister, and the Egyptian President Anwar El Sadat signed an historical peace agreement. That agreement was not important solely because of its contents and understandings – it was the first time that a respectful and powerful leader of a major Arab nation recognized the Israeli state.

Ever since that day, both Israeli public and official institutions have perceived this agreement as fragile and unstable. Alongside a fertile economical and political cooperation, Israel has remained suspicious of the Egyptian side, and kept a "contingency plan", assuming that there is a realistic option of a future Egyptian regime hostile to Israel. The common phrase used to describe the Israeli-Egyptian relations in Israel was "Cold Peace". In spite of this, during the 1980s and 90s, Israelis travelled without any problems to Sinai – the territory that was returned to Egypt as part of the peace deal. This state of relations with Egypt eventually paved the way for the Oslo Accords of 1993, and for the Israeli-Jordanian peace agreement signed in1994.

But these were the exceptions. The remaining neighbour states – Lebanon and Syria, alongside powerful Iraq and Iran – have remained hostile to the Zionist state and have not hesitated to show it. Furthermore, the majority of Egyptians do not approve of the peace treaty with Israel, and the Jordanians – with a majority of Palestinian refugees, approve of it even less. Consequently, the West Bank and Gaza Palestinians have felt deserted by their Arab regional allies, a feeling that provoked the second intifada that occurred in 2000.

Although Israeli Governments over the years have treated these peace agreements with suspicion, no one had expected a swift and radical change such as the Arab Spring that erupted at the end of 2010 in Tunisia, in the Arab world. The ease with which the Tunisian people overthrew Zine al-Abidine Ben Ali, their president since 1987, has inspired millions of simple, hard-working people across the Arab world to demonstrate and call for change. One by one, some leaders in the Middle East have found themselves in the midst of nationwide protests. Bahrain, Libya, Yemen and even Iran have experienced either an overthrow of an old regime, or at least large protests calling for social, economical and political change.

Inevitably, the wave of civil disobedience reached a leader considered to be one of the strongest in the Arab world – Hosni Mubarak, the president of Egypt since 1981. On February 11, 2011, after 18 days of violent collisions between the military and protesters, Mubarak resigned from office. The former Egyptian president was considered a "convenient" leader by Israel, and his fall brought back old fears of attack. Just a few days before the resignation of Mubarak, Israeli Prime Minister Binyamin Netanyahu expressed his concerns regarding the political changes that were about to take place in Egypt: "Egyptians can choose a state with secular reforms. However, there is also another possibility that the Islamists will exploit the situation in order to gain governance over the country and lead it backward. The third possibility is that [Egypt] will go in the direction of Iran." These concerns have been relevant to all the different revolutions in the Arab world. Israel is afraid of the unknown and assumes that political relations with enthusiastic new Arab leaders are likely to be worse than before.

The Israeli government has adopted a more sceptical approach to the Arab Spring, and has considered it more as a threat than an opportunity. Just a few days before the elections for the parliament in Egypt, Netanyahu declared that Arab countries are "moving not forward, but backward". As far as simple data shows, Netanyahu is not worried in vain. Islamist political parties such as the Muslim Brotherhood’s Freedom and Justice Party have won over 70% of the seats in the new Egyptian parliament. This presents, according to popular opinions, a major threat to the stability of Israeli-Egyptian relations and to their peace treaty.

The Supreme Council of the Armed Forces (SCAF), that currently rules the country until a new president is elected, has been reasonably friendly to Israel. It has maintained a quiet border – with the exception of one shooting incident between Israeli and Palestinian fighters near the Egyptian border. But more importantly, it has aided the long-awaited deal between Israel and Hamas to swap Palestinian prisoners for the release of the captured Israeli soldier Gilad Shalit.

The people of Israel are asking themselves: will the new regime be as cooperative? Is there any scenario in which an Islamist Egyptian government will honour the understandings of the peace treaty? And if it does not, what will this mean? Are the two countries bound to go to war?

The hopes are relying on two paths. The first is the economy; both Egypt and Israel depend strongly on economic cooperation with their neighbours. In fact, this was one of the main factors that created the necessity for a formal peace agreement in the first place. The Arab Spring, and especially the uprising in Egypt, were mainly a result of simple anger of educated, devoted and ambitious young people who were disengaged with the state and were highly frustrated at high unemployment. The new regime will have to offer a new and better future for the citizens of Egypt, and that can only be done by pragmatic actions and economical stability. It is fair to say that the uprisings have allowed for anti-Israeli sentiment to re-emerge but the cost of living and the hope for a better future will be the main benchmark for the next Egyptian government – especially with the constant reminder that the threat of another civil uprising is always possible.

The second path of hope for Israel lies in the peace process with the Palestinians and the power of the international community. If Israel shows signs of genuine willingness to go back to negotiations with the now unified Palestinian leadership, any Egyptian government would not miss the opportunity of being the mediator, and of gaining enormous political credit within the international community.

Furthermore, if the international community, led by the US and the EU, embraces the new government as a legitimate member, it may create a feeling of regional responsibility in Egypt, which could create sustainable relations between Israel, Egypt, and the new Arab world.