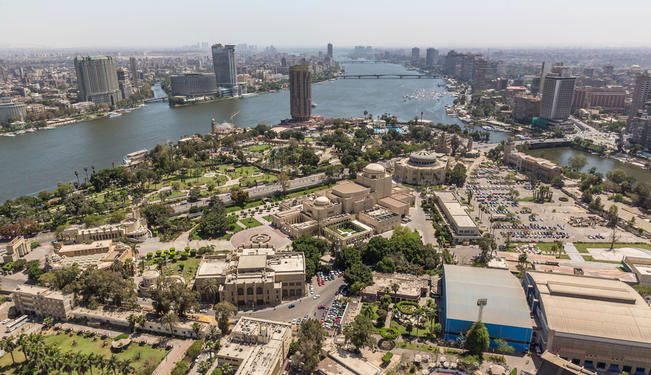 The military coup hallows major setbacks for the flourishing of a democratically-led Egypt.

After the June 30 anti-government protests, the Supreme Council of the Armed Forces (SCAF) took just 24 hours to announce a 48-hour ultimatum for Egypt’s President Mohammed Morsi to step down or face military intervention. Following the January 2011 mass protest movement, the SCAF waited 18 days to side with the masses in order to oust Hosni Mubarak, a dictator of 30 years, and a further 18 months would pass before the military would hand down power to an elected civilian government.

Since the Egyptian "revolution" of 1952 (which was in itself a military coup, overthrowing King Farouq), the Egyptian military has striven to consolidate economic and political leverage throughout the country. The military in Egypt has since been a strong and stable power at the core of state institutions; it was rarely shaken by socio-political upheavals and battles. However, the uprising of 2011 was an unexpected blow to the status quo of all Egyptian nation state actors and it showed real potential to shake the positioning of the military.

It is true that if, during the 2011 popular uprisings, the military had decided to maintain its support of the regime, things would have played out quite differently. Therefore, this led many Egyptians to believe that the military had come to rescue the people.

Indeed, the military has consistently portrayed itself as the protector of the Egyptian nation. Its  rhetoric relies on more than 70 years of socialization, on historical events such as the wars with Israel and on the "patriotic" legitimacy that militaries typically enjoy within the nation state system. Nonetheless, the military has always been a political actor with interests it will not hesitate to protect. Therefore, since the 2011 uprisings, the military continued to work towards serving these interests and preventing the January 2011 revolutionaries from overthrowing its cadres. What happened on February 11, 2011, was a military coup, but the Egyptian people believed it was a popular victory facilitated by the protectors of the nation. Yet what unfolded in the 18 months that followed, created a great transformation in the way Egyptians viewed these protectors.

The brutal clearing of Tahrir Square, the massacre of protestors at Mohammed Mahmoud (leaving 47 dead) and Maspero, the abuse of women in public spaces, the forced virginity tests, the Port Said football crisis (leaving at least 74 dead and hundreds injured) and the imprisonment of thousands of civilians in military jails, were enough to ensure that Egyptians would realize that the revolution was incomplete – only to be complete when the military was fully under civilian control. Hundreds of thousands of people rallied in the streets of Egypt chanting “down with the military” until it happened. Finally, in June 2012, the first democratically elected civilian president, Mohammed Morsi, representing the Freedom and Justice Party (the political wing of the Muslim Brotherhood), came to power with 51% of the votes.

Morsi’s and the Freedom and Justice Party’s (FJP) failures, mismanagement and exclusionary policies left many Egyptians disenfranchised with the political process. They could not see a democracy unfolding with a strong political opposition developing, nor a parliament and constitution representative of all Egyptian societal sectors. The demand for the continuation of the revolution was only what they had promised the martyrs that shed their blood for the sake of a better future. Egyptians sought change and a return to their revolutionary objectives.

So far, the storyline makes sense. What followed does not.

The military coup that took place on July 3, 2013 is a baneful derailment from the trajectory that was being drawn by revolutionary Egyptians. Egyptians did not forget that SCAF had committed great brutality and many crimes during the interim period, but the failures and increasing hegemony of the Brotherhood apparently projected a frightening future. The rhetoric that spread through media channels helped solidify these fears. Prior to the June protests, the rhetoric and criticism against the Muslim Brotherhood included inefficiency, fundamentalism, a hegemonic approach and obsession with power grabbing. After the military intervention, however, a new framing was introduced: the Muslim Brotherhood were terrorists. With such extreme language, a military takeover was justified and seen as more democratic than tolerating another three years of the elected Morsi in power.

The uprising of 2011 took place because Egyptians wanted to rid their country of tyranny and corruption, wanted to establish a democratic process that would allow for fair representation, majority rule, minority protection, and a socio-political system that included an executive to be overlooked by a just judiciary and strong legislature, as well as for all three bodies of the state to be bound and kept in line by a constitution. Ridding Egypt of the old regime, a corrupt media, judiciary, business and political elite, as well as a powerful and overarching military were and remained prime objectives of this fight for freedom.

Let us hope and believe that the same spirit of the revolutionaries of 2011 can carry the nation past these troublesome times. But for now, the future of Egypt is still unclear.