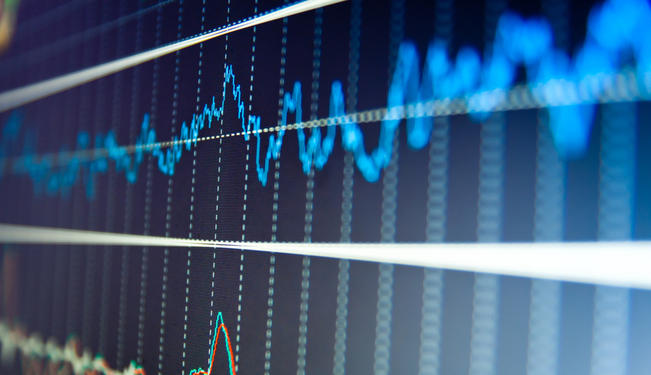 While there are hopeful signs of recovery, Tunisia's economy remains volatile. A potential political conflict could have a negative impact on the country's stability.

The Tunisian revolution against the former regime in January 2011 sparked a series of popular movements in the region. The transitional process towards democracy in Tunisia has achieved acceptable results. The members of the new National Constituent Assembly (NCA) were elected in generally free and fair elections on October 23, 2011. Their main mission is to draft a new constitution within one year. The Islamic party Al-Nahdha won the majority of seats in the NCA, and has led a coalition government, called “Troika”, since January 2012.

In post-revolution Tunisia, the opposition parties and independent observers have criticized the Troika's performance for its inability to improve the economic situation. Criticism especially increased when Standard and Poor's downgraded Tunisia's sovereign credit rating in May 2012. In August 2012, the International Monetary Fund (IMF) published an optimistic report about Tunisia's economic recovery, however, it also highlighted large internal and external risks.

The Signs of Recovery

Real GDP increased by 4.8% in the first quarter of 2012, whereas it had contracted by 1.8% in 2011. This recovery can be explained by the lift in tourism, investment, and public expenditures. Consequently, real GDP growth could reach 2.7% in 2012. In the worst scenario real GDP growth would be at about 1% in 2012.The government opted for stimulating the economic activity by implementing an expansionary policy. In this context, the budget of 2012 was rectified in order to increase wages, subsidies, and public investment. In addition, the tax receipts have increased thanks to the facilities of payment and reconciliation opportunities the Ministry of Finance offered to businessmen having large fiscal debts or tax evasion cases. In an environment of continuous stability, the IMF anticipates 6% of real GDP growth by 2017.

Internally, the large wage increases in the public sector, the depreciation of the exchange rate, and the increase of monetary injection could put further pressure on foreign reserves and inflation. In addition, the financial sector is still facing big challenges like the fact that Tunisian banks have less liquidity problems which would limit their contribution to domestic investment. Moreover, unemployment will remain high if public and private investments are not improving enough to create a significant number of jobs. Inflation could exceed 5% because of the exceptional increases in public wages and the last adjustment in fuel prices by about 6.5%, which will also drive up the production costs and consequently the prices of other products and services. The fiscal stimulus through public investment potentially may not realize its goals if the under-execution of public projects continues. In fact, the post-revolution administration has preserved the old rules and procedures of public contracts management. These are characterized by a slow process, whereas people in the deprived regions have expected to see the public projects start quickly. In this context, social tensions will continue and threaten security and stability.

Externally, the current account deficit is at 7% of GDP in 2012, while the average rate during the last decade was only 3.2%. On September 26, 2012, a report by the Central Bank of Tunisia (CBT) stated that the currency reserves decreased from 10582 million TD (Tunisian Dinar) in 2011 to 9810 million TD in 2012; while the IMF report in July expected higher reserves by the end of the year. An additional decrease in reserves would force the government and the CBT to ration the quantity of imports. In addition, the recession in Europe will dramatically depress foreign investment, tourism and exports especially since the European Community represents Tunisia's biggest economic partner. In the southern part of the Mediterranean the situation is still volatile; Libya's instability in the post-Qaddafi era has harmed Tunisia's economy. Thousands of Tunisian workers left Libya and are still waiting for better conditions to go back there. The bilateral trade was important for the Tunisian economy, but since the Arab Uprisings it has been threatened by the violence in Libya and near the two countries' common border.

Before the NCA elections, the agreement between the political forces was to draft the constitution within one year with October 23, 2012, representing the deadline. However, the NCA did not respect this agreed date. The opposition parties have consequently argued that Al-Nahdha, which dominates the NCA and the Troika, has failed in achieving the revolution´s goals, the transitional plan, and even their own electoral promises. Therefore, the opposition has already challenged the legitimacy of the Troika and has requested the constitution of a new government of technocrats. The risks here are related to a possible conflict between a weaker government and stronger opposition parties which is threatening the country's stability. The conflict is effectively between Al-Nahdha and the Nida Tounes party (whose name means Tunisia's call).The latter is now the biggest opposition party and is led by Beji Caied Essebsi, the former Prime Minister during the pre-NCA elections period. The last survey, conducted in October 2012 by 3C (a Tunisian survey institute), showed that Nida Tounes has an increasing popularity (28.1%) whereas Al-Nahdha has less potential voters than before, but remains the most popular party (30.9%). The gap between the two political parties has obviously decreased, so that the competition has intensified to the extent that violent incidents like the aggressions against the Nida Tounes cadres have already occurred in some regions. Stability and security are now critical success factors for Tunisia's political transitional phase and economic recovery.