Following President Donald Trump’s long-awaited unveiling of his “deal of the century” Middle East peace plan on January 28, the Palestinians now confront an existential moment: find a way to make it work or begin wrestling with how to accommodate a single state.

The optics of Trump’s announcement ceremony said it all. A beaming Israeli Prime Minister Benjamin Netanyahu standing beside the US president at such an announcement meant only one thing: This is an Israeli plan. Any plan that could win the immediate and unqualified support of Israel’s conservative prime minister, a well-known opponent of the two-state solution, wasn’t going to resonate with the Palestinians. The fact that no Palestinian participated in its drafting — a foolish, self-inflicted wound on the part of Palestinian Authority President Mahmoud Abbas — only underscored its receipt on the Palestinian side with a dead on arrival notice.

US Policies Have Been Destructive for the Two-State Solution

While short on specifics, however, the plan does offer something the Palestinians feared would be missing — the two-state solution. It offers a notional capital for the proposed Palestinian state, albeit in a distant, non-descript area southeast of East Jerusalem. It bears none of the significance of the Jerusalem revered by most Jews, Christians and Muslims. That Jerusalem will remain wholly and entirely under Israeli sovereignty, according to the White House announcement and released plan.

A Patchwork State of Palestine

There are many elements of the plan that Palestinians will find distasteful. The Bantustan-like sections of the proposed state with no contiguity is a likely major one. The West Bank is chopped into three sections connected by tunnels and/or bridges, but few, if any, land connections.

And then there’s Gaza — always to be a geographically separate portion of the Palestinian state — and two smaller land masses barely connected by a thin strip of land to Gaza and to each other, each lying along the current Israel-Egypt border, which is largely desert. They resemble cheap stones dangling from the Gaza pendant. The two clumps were obvious swaps meant to compensate for West Bank areas to be confiscated by Israel.

Israel will have complete sovereignty over the Jordan Valley. The Palestinian state may retain Jericho but nothing else, making the proposed state an island within the state of Israel.

The Trump plan merely codifies this. Limited numbers of Palestinians will be permitted to return to Israel, but only at Israel’s discretion. They would be permitted, if they so choose, to return to the newly independent Palestinian state or to another Arab state willing to take them.

The plan is indeed a far cry from what Palestinians have wanted for decades. But it is time to be realistic. The chances of Palestinians getting anything close to what they’ve wanted evaporated in 2000 and 2001 with the failure of Camp David II and the Taba Talks, respectively. The former was a colossal miscalculation by Yasser Arafat, and the latter an outcome of Ariel Sharon’s impending election. When the Palestinians recklessly launched the Second Intifada, they lost the trust of the Israeli people and any chance of winning anything approximating the Palestinian state of their illusive dreams.

First there was 1947, then 1967, then 1979, then the Oslo I and II Accords of the mid-1990s, followed by the aforementioned missed opportunities of 2000 and 2001, the Bush “roadmap” of the mid-2000s, the ill-fated Mitchell mission of 2010-11 and, finally, the predictably forlorn Kerry effort of 2013-14. While these failures cannot be placed entirely at the feet of the Palestinian leadership, it is clear it failed to achieve something likely much closer to its aspirations when the opportunity was there.

But this is the reality. There is little with which to negotiate now. Their Arab brethren — themselves plagued with restless and hopeless populations, horrendous employment challenges, flagging economies, weak institutions, ever more repressive authoritarian regimes, failed and failing states, and vicious, violent extremist groups — would rather not deal with “the Palestinian problem.” They would prefer to put it behind them as quietly as possible. Moreover, Israel, which faces none of those internal problems, is the regional power now and a reliable counterbalance to the real threat — Iran.

The Palestinians stand by themselves. Perhaps Syria and Iran may support their tired cause, but only from the sidelines, not as players.

Focus on the Future of the Possible

And that is why Palestinians must engage with the Israelis on this plan, as difficult as it may be. They can drag it out if they wish — the plan does acknowledge the prospect of further negotiations — but in the end, they must consider some version of this with modest adjustments to accommodate the flaws mentioned above.

If they do, they must also seriously consider becoming a genuine security partner of Israel. A threat to Israel’s security is a threat to theirs. Moreover, they will want to sync their economy with Israel’s as closely as possible for the foreseeable future, using, for example, free trade agreements as the plan envisions, and even favorable investment arrangements. They should also press Israel to allow as many Palestinian workers as possible into Israel. Security, trade, investment and employment opportunities should help to make this a “warm” peace as opposed to the more tepid Egyptian and Jordanian accords.

There is also the possibility that a warm and successful peace may move Israel to lessen some of the more onerous security provisions of the plan.

Should the Palestinians choose to reject this plan, there is one and only one outcome left. Israel will begin annexing the West Bank, starting with the Jordan Valley, as Netanyahu has already proposed but has now postponed, and surely to be followed by settlements. Effectively, the Palestinians will be left with negotiating their status in a single state. With the annexation and the resulting de facto one state, negotiating such a status will be an altogether different and more problematic task.

These are the Palestinians’ only two choices. There will be no deus ex machina, like a new Democratic US administration that can offer them better. There’s nothing better to be offered now. The better choices, if they ever existed, long faded into history. Settle this longstanding problem now on the best terms that can be negotiated under the proposed plan, make Israel a warm ally and begin to create a future for the Palestinian people. 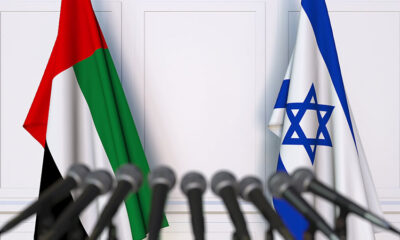 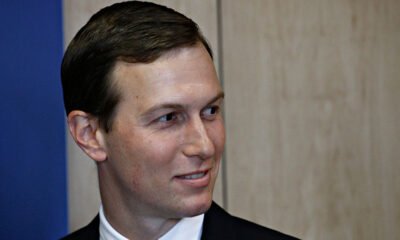