Dreams of liberty and opportunity are sometimes long deferred, but they cannot be forever denied.

With the growing onslaught of ethnic and minority conflicts in much of the emerging world, it often appears that we are on the edge of shaking out the structure of the Westphalian state system without a clear notion of what is to come. More than a dozen countries in the Middle East and North Africa, South Asia, and Latin America are going through significant crises in terms of governance and the emergence of new players in the political space. While the likelihood of more Sudan/South Sudan or Yugoslavia splits is not clear, the options for a greater number of federations and autonomous units cannot be ignored.

A recent publication helps frame a strategic discussion about avoiding the next Egypt or Mali by recognizing what promotes national stability and integrity. “Pathways to Freedom: Political and Economic Lessons from Democratic Transitions” is a volume of essays published by the Council on Foreign Relations, edited by Isobel Coleman and Terra Lawson-Remer. It is useful both for what it says and what it cannot. Based on the case studies in the collection, the generalizations offered in the first chapter, “Statistical Evidence,” put several assumptions about trends in national development under the microscope. Its conclusion:

“Quantitative evidence has been relatively successful in explaining long-run democratic trajectories, but it cannot predict revolutions or coups in the short term, and it is impossible to know when or how particular reforms might happen. Three priorities emerge from quantitative analysis… increasing the capacity for nonviolent protests against autocratic regimes… support for multiparty elections… maximizing access to mass media… to safeguard democratic progress already achieved… in the short run, promoting democracy and prosperity may be incompatible.”

The final point is unfortunately underscored by the continuing unrest in Arab countries where greater employment opportunities have yet to be achieved.

Apropos, this observation is the first recommendation in the final chapter: “New democratic governments should move quickly to adopt policies aimed at materially improving the lives of the poor and dealing with unemployment,” with the caveat “without creating dependency on unsustainable and distortionary economic policies in the longer term.” In Egypt, Libya, or elsewhere, the mantra of jobs, jobs, jobs has yet to dominate the debate within governments, although it is certainly the priority on the Arab street. Employment and more equitable distribution of subsidies will not disappear from the agenda despite the difficulties of implementation.

The second recommendation focuses on judicial reform. “Rule of law reforms that establish a fair and level playing field and that prevents elites from bending the rules to serve their interests are critical.” Again, a telling caveat: do not use outside models; rather work “with local partners to bolster domestic pressures for reforms… take a bottom-up, capacity-building approach that supports the ability of average citizens to exercise their rights and the legal system’s ability to implement laws consistently and fairly.” Without an integrative model that is respectful of local jurisprudence and without ensuring that citizens can employ the law as it is intended, judicial reform may become a hollow exercise.

I particularly find the third recommendation instructive and reasonable for start-up governments. “Transitional countries should decentralize in ways that help deepen and sustain democratization efforts.” It is important that governments are present in a positive way in people’s lives. Investing in a higher degree of social services has two immediate benefits: it creates jobs for the new service providers, who should be recruited from and trained in local communities; and it shrinks the space for opportunities for services provided by forces that may not support the inclusive goals of the new regime.

The fourth recommendation takes a glass-half-full perspective on elections. “Conducting even flawed elections under authoritarian governments is worthwhile,” primarily because they give the outside world an opportunity to critique the process and give local groups experience in organizing. One can see this clearly in the ability of the Islamic parties, particularly those like Morocco’s PJD, which spent time as an opposition party, quickly seizing center stage, as broad political reforms are implemented.

The Role of the International Community

The report also addresses positive actions by the international community, including “support[ing] civil society and independent media under authoritarian regimes through civic exchanges, capacity building, and bottom-up technology transfers.” There is a strong economic support role for technology transfer, technical assistance, sharing best practices, and supporting civil society empowerment. The report notes: “Foreign governments and international and regional organizations must strive to compensate for bad [neighbors] by mobilizing to give domestic democratic reformers support in economic restructuring and investing for inclusive growth… access to preferential trade, investment, and security agreements should be conditioned on the implementation of homegrown governance reforms that improve accountability in the long term.” A particularly important caveat addresses the need to support the growth of a middle class “rather than promote economic ties that increase the overall growth and wealth but concentrate these gains in the hands of elites.”

The details in the report are more robust than what is summarized here, and the whole thing is worth reading for its analytics and as a measure of policy options being pursued by the US in the Middle East and elsewhere. The report closes with the following: “Even with the best circumstances and wisest decisions by policymakers and publics, the road to democratic consolidation is long and difficult. But there are no failed aspirations for human freedom: dreams of liberty and opportunity are sometimes long deferred, but they cannot be forever denied.”

Amen to that. The current almost chaos-like atmosphere in Egypt, the unfinished business in Syria, Tunisia, Yemen, Bahrain, and Libya, and the uncertainty in Lebanon, all point to the difficulties of returning to the last century’s rule by oligarchies. While today’s events may be full of risk, the generational changes evolving will more clearly reflect the will of the people and institutions that emerge.

*[This article was produced in collaboration with Morocco on the Move, and represents the views of the author and not the perspectives of the Moroccan American Trade & Investment Center.] 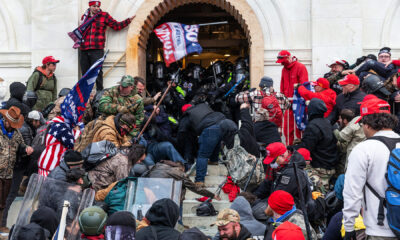 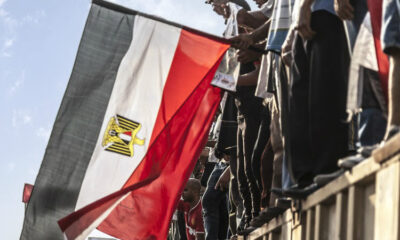 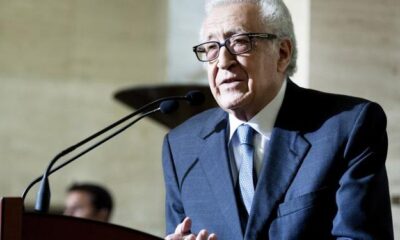