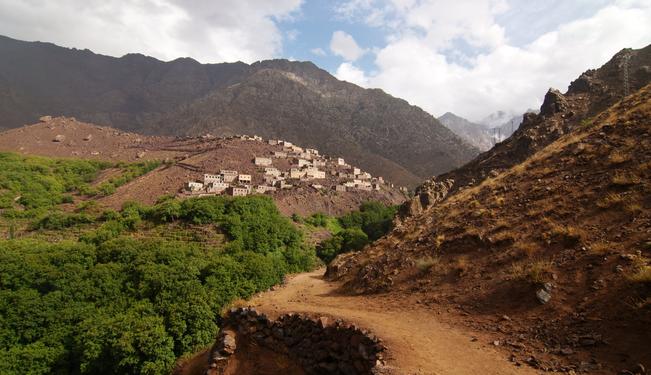 In Morocco, the need for game-changing actions is sooner rather than later.

During my recent visit to Morocco, I was curious to discover if people, particularly those who are politically aware, were following what the country is doing to define a strategic vision for the southern provinces. As with any unscientific sample, I may not have captured a complete cross-section of Moroccan perspectives, but that didn’t diminish the interesting responses I encountered.

Two key themes are intertwined in the proposed vision: regionalization, that is, devolving power from the central government to locally elected officials, and citizen participation, which leads to greater accountability in that governing process.

Opinions ranged from a small minority who shrugged their shoulders, with little or no knowledge of the work of the Economic, Social, and Environmental Council (CESE), to those who strongly support moving towards autonomy for the south through regionalization. The latter group was emphatic that the change in leadership to Nizar Baraka, the former finance minister, would mean continuity in the serious and detailed work of CESE.

It has been charged by King Mohammed VI to produce a report “assessing effective access to basic human, economic, social, cultural and environmental rights in the southern provinces – laying the groundwork for regionalization in the south and throughout Morocco.”

For those unfamiliar with the process, the Council undertook its brief in late 2012 via a series of meetings in the south and with experts and researchers to define the current political, social, and economic environment in the southern provinces and gather perceptions of the government’s performance in the region.

The first CESE report was issued in late March 2013, which both acknowledged the government’s accomplishments and criticized it broadly for mismanagement, losing the people’s trust, and too heavy an emphasis on security when dealing with a range of political and social issues.

Once the report was complete and additional meetings were held to generate draft recommendations for regionalization in the southern provinces, the CESE traveled to Dakhla, the major tourism center in the region, to sound out the local population on its draft. Quite a cross-section of Sahrawis and other Moroccans attended, representing local government officials, civil society, tribal federations, professionals, citizens, and animal husbandry specialists, whose opinions covered the spectrum of positions on Morocco’s role in the southern provinces. Supporters and dissidents had the opportunity to learn if the testimonies they had given at earlier town hall meetings had been integrated into the preliminary recommendations.

Much to CESE’s credit, there appeared to be general agreement that the representations were fairly stated. The audience took the time to ask questions, present clarifications and examples of concerns, and take issue with or support the report’s findings. It was a somber yet enthusiastic gathering, which demonstrated that in the sometimes confusing transition to democracy in Morocco, it is moving in a constructive and healing direction.

The notions of healing and justice, along with fairness and transparency, were repeated often during the exchanges. Citizens, who were skeptical that the report would be taken seriously even though it was commissioned by King Mohammed VI, were emphatic that it was long past time for locally elected officials to have the responsibility and resources to provide social and government services without bias.

Those who were encouraged by the report’s initial conclusions praised its emphasis on transparency, accountability, and rule of law as markers for how the region should be governed. There was general agreement that short-term changes were critical to build credibility and indicate the seriousness of the regionalization project.

If one thing is clear from the Arab Uprisings, it is that the transitions to greater democracy and economic and political reforms can be quite challenging, as well as destabilizing. So far, Morocco has avoided the conflict and bloodshed that has afflicted others in the region; yet, it is clear from those with whom I spoke, that the need for game-changing actions is sooner rather than later.

The introduction of judicial reform legislation, the anticipation of the new government in formation, which should make economic reforms less difficult to adopt, and the general acceptance of evolution rather than revolution as the way forward are all helpful ingredients to Morocco’s particular recipe for change.

It is interesting to observe, from the perspective of how other democracies have evolved, that regardless of the cultural environment or diversity of the population, citizens today still aspire to the same goals: rule of law, justice, equality, and respect without discrimination. The CESE report lays down serious markers for where Morocco should be heading, and it was done by Moroccans, for Moroccans.