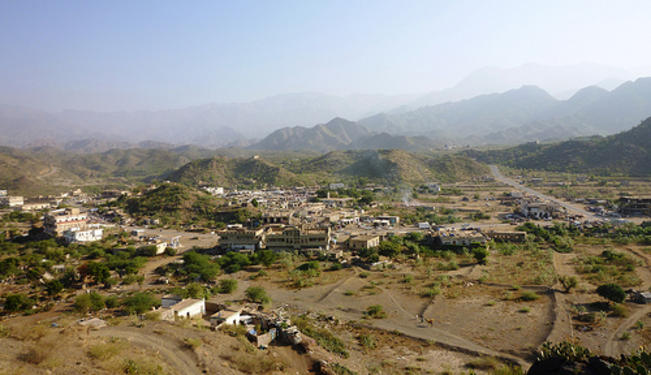 This article addresses the deteriorating economic conditions in urban and rural areas of Yemen which have led to increased local support for Ansar al-Sharia, an Islamist militant group with apparent ties to al-Qaeda in the Arabian Peninsula. This is the final part.

Yemeni observers believe Ansar al-Sharia (AAS) now represents a co-opted movement that began with a local militant agenda targeting the former regime, taking advantage of a clear opportunity early in 2011. The original leadership was believed to have been strengthened during the decade following the 1994 civil war by the former regime for its own interests against rivals. This also represented dependence by the leadership of al-Qaeda in the Arabian Peninsula (AQAP) for their security on individuals with perceived divided loyalties. Both the original AAS and the Islamic Army of Aden and Abyan (IAA-A) were known to have links to the patronage networks of the north, and therefore impaired operational independence of AQAP since its establishment in Yemen.

These relationships often facilitated operations in Yemen as a result of access by such individuals with divided loyalties. The rise of AAS in 2011 was initially recognized locally as a militant group of mercenaries who entered the country between February and May 2011 from countries not requiring entry visas. This was partially confirmed by officials within the Ministry of Foreign Affairs who could not explain the influx of young men from Muslim countries without their families at a time of civil conflict in Yemen. "This could not logically be for any type of tourism,” officials said. Yemeni and Somali militants are often seen chewing qat in Abyan, which does not fit with a group of Salafist extremists. The new structure of AAS grants AQAP new sources of support at the local level, even though current military operations against known AQAP operatives prove the group’s vulnerabilities in areas of communication and protection while in transit.

The vacuum of authority, created throughout 2011 by retreating government forces, helped realize the prophecy of the rise of Islamic militancy in Yemen. Prior to the spark of the Arab uprisings, the Republic of Yemen was already experiencing a weakening of central authority as a result of growing opposition to the regime. Primarily, within tribal areas of the north such as the Sadah province, and many areas in southern Yemen, the government no longer held a monopoly on authority or use of force (many say it never did at all). This also weakened access to resources like water and electricity. The breakdown in security around the country increased criminal activity along national roads, against private individuals and commercial entities. Tribal leaders from areas like Rada in Baydha often visited Sana’a to request increased security personnel for their areas which were becoming vulnerable to threats from people like Shaykh Tareq al-Dhahab, of a nearby village. Their pleas were always deferred to a later time as result of ‘strained capabilities’ from operations dealing with protests in Aden, Sana’a and Taiz as well as conflicts in Arhab, al-Hayma, Hadhramwt and Nehm. Tribesmen in Rada were initially able to repel attempts to take over the city by al-Dhahab’s men, but they only succeeded after the killing of Shaykh Tareq by his older half-brother Hizam al-Dhahab, of the National Security Bureau.

Tareq al-Dhahab was another personality representing the complexity of clearly defining Ansar al-Sharia along a traditional al-Qaeda spectrum. When al-Dhahab entered Rada in January 2012 and declared a new Emirate affiliated to Emir Jalal in Abyan, people could not believe how an Islah Party affiliate could openly ally himself with al-Qaeda. Yet his ambitions extended more from personal and family interests than from an ideological alliance with AAS. Such alliances form the complex web of AQAP relations in Yemen. The terrorist group has sought refuge in areas beyond central government control, and through financial support for individuals with particular interests, AQAP often creates a new balance in areas granting refuge and facilitating transit routes.

Until the launching of Operation Golden Swords in the Abyan province in late May 2012 by the government of President Abdo-Rabo Mansour Hadi, the fight against AQAP depended solely on intelligence gathering and targeted assassinations by drones. This is because intelligence was often unreliable and human assets infiltrating AQAP and AAS were very limited. The US has often been reluctant to act on intelligence provided by the Yemeni government, unless confirmed through its own sources.

Nonetheless, intelligence gathering is flawed and mistakes have cost innocent lives, especially with drone operations in Afghanistan and Pakistan. Although analysts often advice against the use of Unmanned Aerial Vehicles (UAVs), the realities on the ground allow few options. The most costly UAV attack for the Yemeni government and US interests was the killing of Mareb province Deputy Governor Jabir al-Shabwani, brother of AQAP operative Ayed al-Shabwani, in May 2010. His tribe continues to attack power lines in Mareb in retaliation for the killing and as a result of unfulfilled demands for compensation. Reactions against such counter terrorism policies as witnessed in Afghanistan or Pakistan, are yet to be seen in Yemen.

Local journalists, Ahmed Zurqa and Tawfeq Abdul-Wahhab, confirm that anti-American sentiments in Yemen are far from representing any form of radicalization among the general public. Media outlets have attempted to present a new degree of radicalization in Yemen as a result of counter terrorism policies implemented in recent years, or to justify AAS' presence as a symptom of radicalization. Officials and ordinary Yemenis deny such assertions by the media and analysts, but they do not deny AAS has definitely gained ground beyond Abyan, such as in Shebwa, Baydha, Mareb and Hadhramawt. Their explanation for growing sympathies rests on the tactic providing cash payments to some tribal members, providing basic services such as electricity and law enforcement forces. In addition, Ansar al-Sharia has provided AQAP additional support through expanded tribal relations via family links.

As seen with other groups taking arms in Yemen, it is not very difficult to gain material support from a population suffering from a deep economic crisis. As a result of deteriorating economic conditions, both urban and rural populations find themselves vulnerable to manipulation by groups able to provide financial relief. This has been the tactic in the north and south of Yemen, where families often receive as little as $300 per month in order to secure limited loyalties. Therefore, it is clear that instability in the country extends from a near famine crisis rather than insecurity causing the economic crisis. Ordinary people in Yemen would have no ideological reason for supporting militants if their economic needs were met.

Yemen’s central government began losing hearts and minds early in 2010 following many warnings of a looming crisis. Failure to address economic grievances of the young and old created the environment for protests in December 2010 and sparked Yemen’s own Arab uprising in 2011. Groups like AAS merely took advantage of a vacuum in authority. The initial propaganda of AAS to win over the population in Abyan focused on opposition to an illegitimate government in Sana’a and the neglect of rural populations. By ‘expelling’ government forces from Abyan, the militant group further proved the weakness of central authority and quickly attempted to fill the vacuum by establishing Islamic courts and issuing identification cards.

Primary evidence against the idea of radicalization of the general public exists in the fact that thousands of people fled Abyan and sought refuge in the neighboring Aden province. If AAS has won the hearts and minds of ordinary Yemenis, why are they unable to convince people to remain in the homes? Also, at the initiative of local tribal leaders in Abyan, the government accepted a limited engagement of AAS. Tribal and religious leaders attempted to engage dialogue with militants, even though the government refused full engagement until AAS abandoned their weapons. Local analysts indicated the dialogue broke down as a result of the insistence by AAS that all tribal leaders impose Islamic law. AAS executed a number of government soldiers before agreeing to release the remaining prisoners in their custody just prior to the end of talks with tribal leaders. Therefore, how radicalized is the population if Muslim tribal leaders object to imposing Islamic law by force?

It is true the central government has been unable to regain the trust of the people, but this is far from justifying claims of widespread radicalization and support for Ansar al-Sharia. Battles won in Abyan recently were primarily due to support from local tribal forces. This clearly illustrates how AAS threatens the interests of tribal communities. It remains to be seen if the government and its international partners reward such support by tribes and address the main sources of weak central authority in the area. Since many militants managed to escape by boat from Zinjibar, as reported by Nasser Arrabyee, and by car, it will be impossible to assure those taking refuge in Aden of a secure environment in Abyan until government forces have full control over the entire province. Recent promises of aid from Sana’a, around 97mn Yemeni Rial ($450,000), will not be sufficient to keep Ansar al-Sharia out of Abyan. As long as the economic conditions continue on a downward spiral, hearts and minds are still for grabs in Yemen.