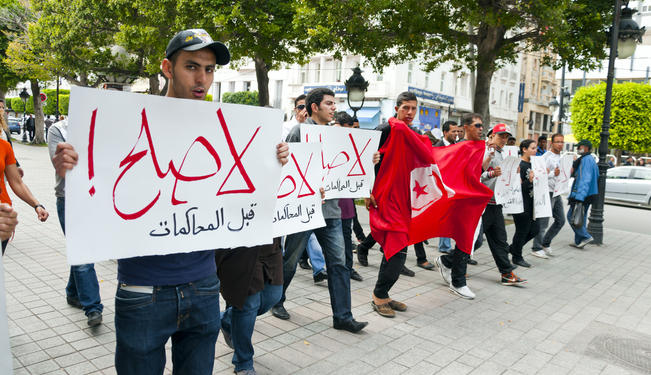 Any effort by the West to muscle in on the Arab world will be disruptive in unpredictable ways.

We all know the beer-hall refrain, as the images from Cairo, Damascus and Baghdad flash across the flat screens: "The bloody Arabs can't do democracy."

"It doesn't work like that," I try to answer.

No, it is often slow as molasses and sometimes, with the right kind of disruption, it can flow right back down upon itself again. These are those great western sociologies – often technology induced – springing from their long gestation in Europe's dark ages with ever more frequency and in ever greater volumes. The latest renditions of which have been overflowing that crucible of the new Europe since about the day it recovered from its own self immolation. Overflowing eastward beyond the pale, as well as across the Mediterranean onto its southern and eastern shores and mixing often violently with vulnerable, but obdurate strains of the great Arab sociologies. These days, that mix is most often creating conflagration. But as one endures, one senses, despite the volatility, a certain predestination toward modernism in the Middle East and North Africa, as spawned by the West.

Modernity in the Arab World

Modern does not presage "better or worse" but rather an inevitability for "different." Strains are developing on Arab national sovereignties, as Western information streams into Arab living rooms. The Arab Street eclipses the Arab Palace as the wellspring for governance. Arab women begin to become conspicuous. Islam treads ever so carefully toward individual interpretation.

We now find ourselves in the midst of this in the great capitals of the Arab world – Cairo, Damascus and Baghdad. And just as Thermidor followed the "Rights of Man" in the West, so too will bloodshed follow Tahrir for some time to come. One thing for sure is that any active effort by the West to muscle in on these Arab dynamics will disrupt the current settlement of modern with traditional; bloody as it may be.

Of course, the West has vital interests in the Arab world. Europe has significant socioeconomic issues in the Maghreb, along with the diaspora within its midst. There is the Suez Canal and the Strait of Hormuz, whose closure would have an immediate and catastrophic economic impact on the West. Of course, there is also Israel; so visceral an issue for all parties that it carries a dynamic of its own. Meanwhile, non-western and regional players such as Iran, Turkey and Russia also act and react within the aforementioned sociologies that are ever present in their own capitals.

So, this is the challenge Barack Obama faces: a rare understanding of the sociologies at play and the perils of ''muscling in,'' while remaining careful to draw some lines in the sand around perceived vital American interests. Seemingly, if the US president gets this wrong or he and the West flounder or worse, unpredictable consequences for modernism and its attendant characteristics in the Arab world will be the outcome.

Expectations for the Emerging Arab Generation

Putting these unpredictable consequences aside, what might we expect from the Arab generation to come?

In the end, I remain hopeful for a viable Arab world but am also fully aware – just like the bullet to the body of Arch Duke Ferdinand in June 1914 – that when we are in the midst of such transformative sociologies, all hell can break loose. In the case of Europe, it was 40 years of blood-letting before empire in western Europe ceded to liberal democracy.