The lengthy interview that Prince Bandar bin Sultan gave to Al Arabiya English has been the subject of much commentary. On October 9, the BBC weighed in with an article headlined “Signs Saudis Edging Toward Historic Peace Deal.” Analysis by security correspondent Frank Gardner drew heavily on the Bandar interview to argue that “a Saudi-Israeli peace deal, while not necessarily imminent, is now a real possibility.” Gardner suggested that the changes initiated by the “maverick” Crown Prince Mohammed bin Salman augured well for such a deal: “Women can now drive, there is public entertainment, and the country is slowly opening up to tourism.” A very conservative society was being readied for a potentially dramatic move — the recognition of the state of Israel.

Had Prince Bandar’s been the only recent voice of a senior ruling family member on the Palestinian-Israeli conflict, then it could be said that such a move was well and truly underway. However, like Bandar, another former Saudi ambassador and intelligence head had given interviews in English to both Arabian Business and to CNBC. His comments, however, have received little analysis.

Whereas Prince Bandar had castigated the Palestinian leadership for failing to grasp numerous opportunities — “they always bet on the losing side” was one of his more pungent denunciations — Prince Turki bin Faisal did not follow the same path. He chose to reiterate Saudi government support for the 2002 Arab Peace Initiative that called for recognition of the state of Israel by all Arab countries in return for the withdrawal of occupation forces and settler communities from the West Bank, recognition of a border on the 1967 Green Line and East Jerusalem as the capital of an independent Palestine.

Where the Kingdom Stands

Speaking to Arabian Business on September 26, Prince Turki was unequivocal: “Government officials have expressed the view that the kingdom is committed to the Arab Peace Initiative and will not change that position until there is a sovereign Palestinian state with its capital as East Jerusalem. We have not moved from that position in spite of what Mr. Netanyahu is throwing in, either through innuendo or smirk, smirk, winks at, particularly, Western media. … This is where the kingdom stands on this issue.”

He made no mention of Jared Kushner’s Peace to Prosperity plan that would see much of the West Bank, including the Jordan Valley, annexed by Israel with Palestinians left with non-contiguous pockets of land, without East Jerusalem as a capital and a very constrained and encumbered semi-state beholden to the Israelis for its survival. In other words, the Swiss-cheese effect that Israeli Prime Minister Benjamin Netanyahu has long privately presented as his ultimate solution to the Palestinian question is realized with the Kushner deal.

Turki did, however, comment favorably on a Joe Biden presidency, saying that the former vice president “is not ignorant of the value of the relationship, he knows the kingdom and recognizes the importance of this relationship.” In endorsing Biden, the prince took a sly, though unstated, dig at the ignorance of President Donald Trump and his attitude that the Saudis are a cash cow, useful for weapons sales and little else unless that be to normalize relations with Israel.

He had been less diplomatic in the interview with CNBC’s Hadley Gamble on September 23. Gamble had asked him if his father, King Faisal, would have been disappointed with the United Arab Emirates and Bahrain’s recognition of Israel without a two-state solution for the Palestinians being first arrived at. “Most definitely,” he replied, “that’s my personal view knowing his commitment to getting a quid pro quo between Israel and Arab countries.” He noted the oil sanctions that Faisal had invoked in 1973 during the Ramadan War was to “force the United States to be an honest broker between Israel and the Arab world. I must say that President Trump is not such an honest broker, so yes, I think the late king would have been disappointed.” Prince Turki carefully sidestepped a question about splits in the ruling family over Palestine while noting that the Arab Peace Initiative has been “reaffirmed by King Salman many times, most recently in cabinet meetings last week and the week before.”

Gardner, in his piece about Bandar’s attack on the Palestinian leadership, writes: “Such words, said a Saudi official close to the ruling family, would not have been aired on Saudi-owned television without the prior approval of both King Salman and Crown Prince Mohammed Bin Salman.” He is entirely correct in that statement, and the same is true for Prince Turki. He, too, could only have spoken so frankly with the knowledge that his comments had prior approval. So what is going on here with these very different takes on the Israel-Palestine conflict from two royal greybeards who have, thus far, survived the several purges Mohammed bin Salman has inflicted on the ruling family?

A clear indication that Turki al Faisal was on secure ground were the comments by the Saudi foreign minister, Prince Faisal bin Farhan Al Saud, as part of a lengthy interview he gave to the Washington Institute on October 15. Prince Faisal averred that the kingdom was committed to the process of finding a solution to the Arab-Israeli conflict and part of the process was “an eventual normalization with Israel as envisioned by the Arab Peace Plan.” Regarding Bandar’s attack on the leadership he said: “That’s Prince Bandar’s opinion. I believe that the Palestinian leaders genuinely want what’s best for their people.”

Take it all as a sign that in this, at least, the often headstrong Saudi crown prince is playing a more astute game: on the one hand supporting the Trump line on Palestine and normalization while on the other implacably rejecting it. Maybe, Mohammed bin Salman seems to be saying, we are for it but then maybe we are not. If so, it is an eerie echo of what President Trump said when asked if the crown prince had ordered the killing of the Washington Post journalist Jamal Khashoggi: “It could very well be that the crown prince had knowledge of this tragic event — maybe he did and maybe he didn’t!” 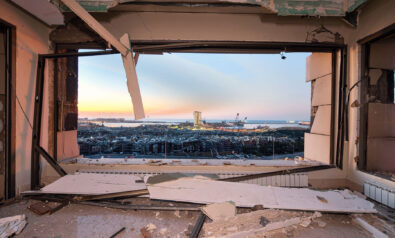 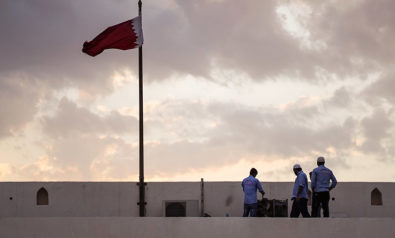