The international community must side with Turkey in the face of a probable full-scale assault on Idlib in an attempt to prevent a humanitarian and diplomatic crisis.

The Astana process, which aimed at formalizing security arrangements and de-escalating tension between Turkey, Russia and Iran, seems to be at stake in the wake of a meeting held in Tehran in September and the subsequent Sochi summit organized between Turkish President Recep Tayyip Erdoğan and his Russian counterpart, Vladimir Putin. The two sides have agreed on a deal to create a demilitarized buffer zone between the Syrian army and the opposition forces in Idlib. The positive side of the agreement is that it prevents further bloodshed in the country at least for some time. However, the deal does not guarantee a permanent solution when it comes to Idlib.

The decision taken at the summit can be read as the suspension of the hot topic, namely the Idlib operation. With the decision, Turkey once again showed its decisiveness to make a distinction between the moderate opposition and the “radical” entities such as Hayat Tahrir al-Sham (HTS) and Hurras al-Din, an al-Qaeda affiliate. Additionally, Turkey and Russia aim to force these entities to dismantle or at least to disarm. However, most of these fighters are unwilling to give up their weapons because of their ideological convictions, meaning there is a potential of escalation into a military confrontation.

Having said that, the decision neither offers a sustainable solution, nor can it be seen as a long-term remedy. Moreover, it did not preclude the possibility of a large-scale assault in the future. Nonetheless, the recent advancements between the Astana troika are likely to have repercussions for the Syrian scene in the upcoming period due to their different approaches, alongside divergent objectives, to the crisis. What is worse, if the situation in Idlib deteriorates, is that it is likely to have a severe impact on the Syrian opposition forces, the Astana peace process, Turkey as a whole and, by extension, Europe.

Firstly, Idlib province is known as the last stronghold of the Syrian military opposition, including moderate forces alongside radical groups. It is known that the Assad regime and its allies captured three of the four de-escalation zones specified in the Astana process under the guise of the war on terror. In fact, the Astana process has allowed the regime to restructure the war according to its timelines and priorities.

The primary backers of the Assad regime, Russia and Iran, facilitated this process. Russia supported Damascus through the use of its lethal air force, while Iran supplied manpower, with its militias arriving from different countries. Given the reality that Idlib represents the last stronghold of the opposition, a possible operation in the future would cause a humanitarian crisis in the province. Idlib hosts more than 3 million civilians alongside many different armed groups, as well as tens of thousands of fighters.

Moreover, among the civilians, there are tens of thousands of internally displaced people who previously refused to settle in the regime-held areas. Additionally, foreign fighters in Idlib also complicate the crisis. Most of the foreign fighters within the ranks of the radical groups in Idlib can’t return home as their country of origin does not want them. If they return, they will most probably face a jail term. Additionally, they created discontent among the local population by not taking the internal dynamics into consideration.

The international community has also shown little appetite in sharing responsibility regarding these fighters. The latest deal in Sochi is also likely to escalate tension among the radical groups and Turkey-backed moderate organizations in Idlib, as has happened before. Notably, a radical wing of the HTS is against the Sochi deal, and this increases tension with the Turkey-backed “moderate” opposition. This situation would have a negative impact on the lives of the civilians in the province.

Secondly, Idlib is of paramount importance to Turkey. A possible takeover of the province by the regime and its allies could jeopardize Turkey’s presence in Syria and undermine its relevance in the ongoing crisis. Given the rising role of the Democratic Union Party (PYD) and the People’s Protection Units (YPG) in Syria and their intimate ties with the Kurdistan Workers’ Party (PKK), Turkey is unlikely to downsize its presence in Syria. It sees its presence as the only guarantee that will keep the further expansion of the PYD in checks, if not rolling back its gains.

Besides, because of Idlib’s geographical proximity to the Operation Euphrates Shield zone and Afrin, where Turkey launched operations against the so-called Islamic State and the YPG respectively, Turkey pays too much attention to it. Following a possible takeover of the province by the Syrian regime and its allies might put pressure on Turkey since Damascus is eager to take over all the areas under the control of the Turkish-backed opposition. Turkey gained the upper hand vis-à-vis PYD/YPG presence in the west of the Euphrates with Operation Euphrates Shield and Operation Olive Branch, and a significant part of territory fell into the hands of Turkey-backed groups in the wake of fierce clashes. In addition to these, Turkey is the guarantor of the Syrian opposition in the Astana process, and a probable operation would decrease the credibility of Turkey in the eyes of the opposition as well.

Furthermore, since Idlib lies on the southern border of the country, Ankara is afraid of a new wave of refugees. Turkey is already the biggest host of refugees in the world. Currently, more than 3.5 million Syrians reside in the country. President Erdogan has expressly stated that Turkey cannot take more refugees.

On the top of this, Turkey has created 12 observation points in Idlib within the context of the Astana process in an attempt to observe the situation in the area. Even though the observation points cannot prevent a full-scale operation, they force the regime and its allies to be more careful in their assault. One can argue that a possible large-scale military operation on Idlib is likely to bring into question Russia and Iran’s commitment to the Astana process.

Given the significant help provided by the US to the YPG and the shifting dynamics in Syria, Turkey has drawn closer to Russia and put a distance between itself and the United States. However, the Tehran summit showed Russia’s and Turkey’s divergent approaches to the crisis. Turkey has played a cooperative role throughout the Astana process, yet it perceives a large assault as a grave threat to its national security and interests. Hence, the Sochi deal should be seen through this perspective.

Thirdly, a refugee influx would not only harm Turkey, but it would also put pressure on the shoulders of the European capitals. Turkey cannot safely host any more refugees — a position expressed by top Turkish officials. Faced with of a possible refugee influx into Turkey, the gates would be opened for those fleeing from Syria toward Europe. A refugee influx would also create security threats as there is high probability of infiltration by radical elements into the general population.

This would also have repercussions in Europe. The far-right politics combined with xenophobia have been on the rise in Europe over the past years. What is worse, this situation could create a new wave of radicalization for both Syrian and European youth in the upcoming period. The new refugee wave is likely to increase the level of nationalism in Europe which might also have a negative effect on the Syrian youth in the face of possible discrimination and marginalization by European societies.

Turkey, having been negatively affected by the Syrian conflict, has tried to live up to its commitment within the framework of the Astana process. The divergent politics of the Astana troika presented in Tehran and the bypassing of Iran in the subsequent Sochi meeting do not mean a complete split, but there is definitely a crack. Turkey can play a disruptive role if it can’t find common ground with Russia and Iran in the future.

This disruption could be carried out by supporting opposition forces in their resistance against the regime and its allies. Reportedly, Turkey already started the initiative. President Erdogan’s statements affirm Ankara’s decisiveness on Idlib. Lately, he articulated that if the world turns a blind eye to the killing of tens of thousands of innocent people to further the regime’s interests, Turkey will not watch from the sidelines. Hence, it is safe to say that Turkey would likely resort to all the diplomatic channels to prevent a bloodbath in Idlib. Nonetheless, if the situation deteriorates, the Astana process might collapse.

At this stage, the situation in Idlib is increasingly tense. The international community must side with Turkey in the face of a probable full-scale assault on Idlib in an attempt to prevent a humanitarian and diplomatic crisis, and to secure European countries from another refugee crisis that could set off a wave of radicalization. 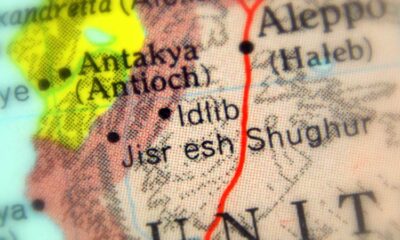 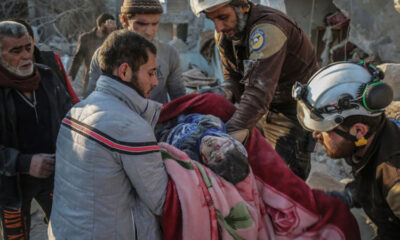 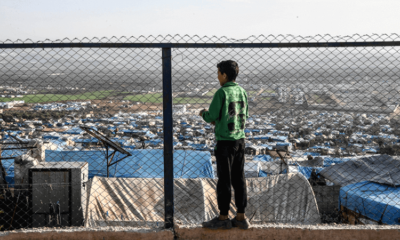 Why Idlib Matters to Turkey