As the civil war in Syria moves toward an end, it becomes ever more difficult to postpone resolution of the toughest issues. Each actor has different priorities, which are not easy to reconcile. The Syrian regime wants to regain full control of its territory, while Russia and Iran are particularly keen on eliminating the jihadi elements. Turkey has been forced to relinquish its aim of regime change and is now on the defensive. Ankara has limited its priorities to blocking any autonomous Kurdish governance structures and preventing large-scale inward movements of refugees.

While Turkey’s desire to prevent Kurdish political autonomy is plausibly reconcilable with the Syrian/Russian wish to preserve Syria’s territorial integrity, this cannot be said for the refugee issue. The regime’s northward advance inevitably creates a flow of Syrian refugees toward Turkey, which is amplified by the brutality and vengefulness of the regime forces against the opposition.

Turkey’s use of jihadi factions as proxies throughout the Syrian civil war has further complicated the picture. As the United States and Pakistan experienced in the past, employing jihadi groups as military proxies is like taking the genie out of the bottle and can have long-term disruptive effects.

In Syria, these jihadi groups have become concentrated in Idlib province as they successively lost control of other parts of the country. Although the opposition have proved unable to topple the regime, Turkey both chooses not to give up its patronage of them and cannot do so. It chooses not to abandon these groups because they have been useful in other conflicts, specifically against the Kurdish People’s Protection Units (YPG) and more recently in Libya. But more significantly, Turkey cannot easily renounce its patronage for fear that they might turn against their former benefactor if they feel betrayed.

Caught between a rock and a hard place, Turkey tries to diffuse and postpone the crisis as much as possible. Idlib has been a ticking time bomb for several months already. Numerous Turkish attempts to solve the mounting crisis — such as the Sochi agreement signed by Turkey and Russia in September 2018, as well as the recent ceasefire brokered last month — only postponed the inevitable. Now that the Syrian regime has retaken control of most of the country, Idlib is the only opposition-held enclave left and it is no longer possible to postpone the conflict.

While there is no easy long-term solution to the current situation, it is still possible to contain the crisis. At this stage, both sides appear to be applying increasing military pressure. Syrian forces made recent advances and encircled Turkish military outposts in and around Idlib. Turkey responded by deploying additional forces. These escalations can be understood as each side strengthening its hand to gain a better long-term deal.

In one possible compromise, Turkey would accept the regime’s advances but try to preserve a diminished buffer zone further to the north, both to contain the flow of refugees and to again postpone its problem with its proxies. This solution would also receive support from European countries which, like Turkey, consider preventing new refugee movements their top priority.

Once again, any solution would be temporary and Turkey will continue to face the consequences of its Syrian policy in the near future. Whatever compromise is reached, tensions must be eased as the situation can easily run out of control. This could happen simply through human error among the military forces or, more likely, as a result of the jihadi groups’ desire to drag Turkey further into the conflict.

In a broader perspective, the recent escalation in Idlib highlights the limitations of Turkish-Russian cooperation. In fact, Ankara’s turn to Moscow was dictated more by domestic considerations than geopolitical realities. Turkish President Recep Tayyip Erdogan, seeking to tighten his grip on power, found anti-Western sentiment to be a useful tool to mobilize support for his ambitious political projects.

Despite being on opposite sides in Syria and later Libya, as well as in other regions such as the Balkans and the Black Sea, both Turkey and Russia — and, more significantly, their two leaders — manage to sustain their cooperation. Turkey’s purchase of the Russian S-400 air defense system expanded the cooperation to the military realm. The two countries also deepened their ties in the energy sector: Russia is Turkey’s primary energy supplier, while the TurkStream pipeline enables Russia to bypass Ukraine when supplying European markets. However, as has become clear, despite appearances of increased cooperation, strategic rivalries continue to run deep.

This does not mean that the relationship is on the brink of collapse. President Erdogan and his Russian counterpart, Vladimir Putin, have both committed too much to it and have already signaled a wish for reconciliation after brokering a ceasefire on March 5. However, the revelation of deep strategic conflicts will have a long-term impact. Particularly for Western countries, the recent escalation should remind them once again that Turkey has little to benefit from its drift toward Russia. Contrary to the gloomy picture presented in most Western capitals, the possibilities of a long-term Turkish-Russian alliance are still quite limited. So, although under duress, Turkey might be now more open to influence from the West.

Recent statements of support from Washington can be considered a sign that the United States is already aware of this possibility. German financial support for Turkish housing projects in “safe zones” in northern Syria is another case. However, the expectations need to remain realistic. Turkey’s pro-Russian foreign policy will not be reversed overnight, as the two leaders will find some kind of compromise amidst mounting pressures. But the general realization that the Turkish-Russian rapprochement will remain limited will increase the room of maneuver for Western countries and for pro-Western factions within Turkey.

*[The German Institute for International and Security Affairs (SWP) advises the German government and Bundestag on all questions related to foreign and security policy. An earlier version of this article was first published on the SWP website in February 2020.] 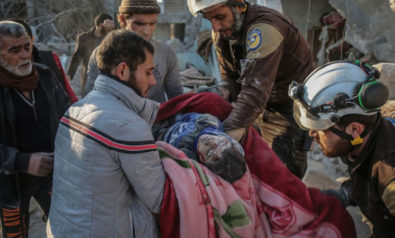 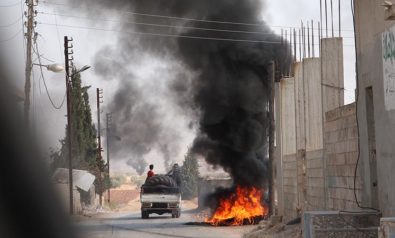 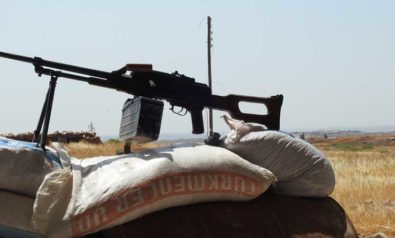