Despite the deep blows that a series of scandals is inflicting upon Peru’s political establishment and government institutions, the country is leading the way in the regional fight against impunity and graft.

Peru is one of Latin America’s most dynamic economies, being a founding member of the regional Pacific Alliance, as well as a member of the Asia Pacific Economic Cooperation (APEC) and the Andean Community. Likewise, Peru has numerous free trade agreements, including with the United States, the European Union and China. However, as the country has continued to develop in recent years, its political scene has been rocked by a series of corruption scandals and investigations against former presidents and other prominent political figures.

The largest of these investigations is the transnational Odebrecht scandal, which centers on systematic bribing mechanisms utilized by a Brazilian construction conglomerate. Because of the nature of these investigations, Peru’s judicial and constitutional establishments are being tested and stressed to an unprecedented level.

Systematic bribery, money laundering and embezzlement are some of the charges that Peruvian law enforcement is currently pursuing. As a part of these investigations, it has become evident that corruption has permeated almost all governmental and political sectors of Peru, at least since the infrastructure development boom that began in the early 2000s. After a period of economic contraction during the late 1990s, Peru became an attractive investment and business destination in South America given its controlled inflation, business friendly environment, bustling tourism industry and wealth of natural resources. This economic bonanza led to major government-financed infrastructure projects that easily lent themselves to illegal financial activities.

The infrastructure development and foreign investment frenzy that has taken over Peru in recent decades is the genesis of the corruption schemes currently engulfing the country.

Keiko Fujimori — a presidential candidate in the 2011 and 2016 elections, notorious leader of the opposition and the daughter of former President Alberto Fujimori — is facing allegations for illicit funding of her campaigns. She is currently being held in pre-trial detention while a money laundering investigation is underway.

Alejandro Toledo, Peru’s first indigenous president and the first democratically elected president after the Fujimori dictatorship, served between 2001 and 2006 representing his own political party, Peru Posible. Toward the end of Toledo’s presidency, Peru began a historic process against Alberto Fujimori, when the former dictator was extradited back from Chile.

Nevertheless, in recent years, it has been Toledo himself who has been the target of an extradition request from the United States back to Peru. According to the Miami Herald, Toledo “is in the United States fighting extradition back to Perú where he faces charges of taking $20 million in bribes from Odebrecht.” Toledo denies these charges and denounces them as politically motivated. Before the allegations were made, Toledo was a visiting researcher at Stanford University, his alma mater, but currently his precise whereabouts remain unknown.

Meanwhile, former President Alan Garcia, who served two terms (1985-1990, and 2006-2011), representing the American Popular Revolutionary Alliance party, was recently denied asylum by the Uruguayan government. Garcia claims that the ongoing investigation into a bribing scheme as part of the bidding process for Lima’s first metro is a political witch hunt against him. Thus, he filed his request for asylum after Peru’s judicial authorities barred him from leaving the country for 18 months. As of right now, Garcia has had to appear twice before prosecutors and seems to be prepared to cooperate, as public opinion continues to build against him.

President Ollanta Humala (in office between 2011 and 2016), a military officer who also ran as head of the Peruvian Nationalist Party, was under arrest for several months in 2017 and 2018 pending a trial centered around the laundering of bribes and other payments from Odebrecht to his 2006 and 2011 presidential campaigns. In fact, the election that led to Humala’s victory was one of Peru’s most contentious, and a second round was needed to determine the victor from a field that included Alejandro Toledo, Keiko Fujimori and Pedro Pablo Kuczynski. Humala was conditionally released in April 2018 after a ruling by Peru’s constitutional court pending the results of further judicial inquiry. However, Humala’s wife, Nadine Heredia, is also under investigation and has already served time in jail.

VIDEO: Protesters in Peru’s capital Lima rally against corruption and Attorney General Pedro Chavarry, who is accused of covering for politicians in an investigation involving Brazilian construction giant Odebrecht pic.twitter.com/B2mQhjSUGV

Lastly, Kuczynski — a former prime minister in the Toledo government who made it to the presidency in 2016 under the Peruvians for Change party banner — was forced to resign from office less than two years into his tenure. PPK, as he is also known, also faces scrutiny surrounding corruption, following his controversial decision to pardon former Peruvian dictator Alberto Fujimori in an attempt to bolster his own support with opposition parties. Fujimori was serving a 25-year sentence for crimes against humanity committed during his presidency between 1990 and 2000. Currently, Fujimori is in a clinic due to his deteriorating health, but he still faces judicial procedures.

In March 2018, Kuczynski resigned right before a second impeachment procedure against him was set to begin. Following the resignation, Vice President Martin Vizcarra was sworn in as Peru’s head of state. Since then, President Vizcarra oversaw a national anti-corruption referendum that took place last December against the backdrop of growing public indignation, and he should continue to champion an anti-corruption agenda as the focal theme of his presidency. As a political outsider and with all of his predecessors in judicial binds, Vizcarra finds himself in a difficult position both domestically and regionally. Nevertheless, what is most revealing and encouraging about this series of events is that Peru’s civil society has surprised the region with its ability and desire to both organize itself and press for accountability for its political leaders.

Despite the deep blows that this series of scandals is inflicting upon Peru’s political establishment and government institutions, the country is leading the way in terms of the regional fight against impunity and graft. The unfolding corruption scandal, which involves many of the country’s main political actors, has fortunately not hampered Peru’s economy, and preserving this dynamism should be President Vizcarra’s main objective.

The Establishment Strikes Back

In recent weeks, Peru’s former attorney general, Pedro Chavarry, came under intense public scrutiny while serving as head of the entity responsible for the investigations against the former presidents. On January 2, Chavarry had to walk back his decision to fire the two prosecutors leading the Odebrecht corruption investigation and restituted both of them to their positions just as President Vizcarra was preparing to intervene. All of this occurred after large public demonstrations and mounting pressure from political leaders following Chavarry’s original dismissal that seemed aimed at protecting some of the disgraced political class from further scrutiny. On January 8, Chavarry was forced to step down as attorney general.

All these investigations, both in Peru and internationally, originated with the infamous Lava Jato (Operation Car Wash) case undertaken in Brazil against the largest corruption network in Latin America’s modern history. While the last two years have been historic in shaping Peru’s political future, the question remains as to whether the country’s — as well as the region’s — judicial institutions can step up during this crucial window of opportunity for transformative change.

While it is presidents who make international headlines, Latin America’s battle against corruption needs to tackle the entire political system, from ministers and congress members to mayors and business leaders. Aware of this reality, President Vizcarra is seeking to enact transformative change in Peru by utilizing the country’s momentum to approve legislation that will strengthen transparency and accountability. In spite of his party’s minority status in congress, Vizcarra should leverage his unique position and its unusual context to secure a legacy as Peru’s turning point against corruption.

*[This article has been updated to clarify Alejandro Toledo’s legal status and include his rejection of the accusations against him as being politically motivated. Updated on 01/18/2019.] 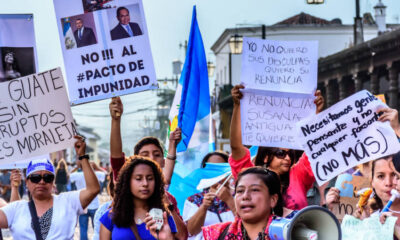 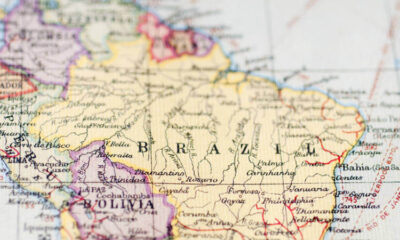 Latin America at the Crossroads Ahead of Big Election Year