The latest sex scandal involving one of the world’s leading charities, Oxfam, demonstrates the systemic inequality of international aid.

With the UK’s Charity Commission launching a statutory inquiry into allegations of sexual abuse — potentially involving minors — by Oxfam’s senior management in Haiti and Chad that may cost the organization $40 million in EU funding, one of the world’s leading charities is now excoriated. Meanwhile, during the same timeframe in Haiti, the United Nations unwittingly imported deadly cholera and then, wittingly, imposed a gag order on its staff to still any sense of culpability and response as the microbe ravaged 800,000 citizens, killing at least 10,000 since 2010. These were the headlines, now and then.

Folks… the transfer of money from the rich to the ravaged — often referred to as “charity” — is allowed by a dispositional characteristic variously described by sociologists and psychologists as necessary for the survival of tribe; a temporary balm for troubled souls in the West aghast at the injustice of it all; or for some sort of felt protection against their own vulnerability. In all cases, it reflects the basic asymmetrical nature of giving.

For the recipients of the gift — whether that be the nickel flipped into the tin cup at Du Pont Circle or the great convoys of largesse that roll into the ruin that follows war and earthquake — it is two times a tragedy. First, that they are afflicted, and, second, that they are provided salve by those who through the accident of birth are largely immune to such tragedies. It confirms their place as beggars before the bounty.

Now, to this latest scandal. Well, I am prone to say, What else can you expect? When terror strikes, we saddle up, cameras rolling, and ride in, to the still-smoking ruins of Baghdad or to the rubble of Port-au-Prince. Either way — with cash passing from our hands to theirs or commodities pushed off the back of the truck — we are the gods of plenty, and they are desperate souls forced to extend their hands if they are to live to see another day.

As someone who has been lodged shotgun in dozens of such circumstances around the globe, I can assure you that it can be an extraordinary “rush.” You have just been exploded out of the “mundane” back home in Scarsdale. And then faster than Jack Flash you are face to face with CNN, ricocheting around the world, and headquarters is blessing you for your courage and evident humanity.

No wonder you rise to the occasion. This was never work for the modest or for those more circumspect about the nature of giving. You pour yourself a double, you strut and you regale yourself with the emoluments you feel you surely deserve — emoluments like the compliant girls just outside the concertina wire of your compound.

Is this the whole story? Absolutely not. But it is the main story. There remain, indelibly, thankfully, Westerners like my buddy from Vietnam War days, Bruce Garrity, who works silently as a volunteer, with precious little money, with orphans in Kenya, convinced that he is not giving but receiving — that he is just as much a beggar for their bounty.

Giving should have only one point, that it is done in such a way that preserves dignity and adds to the recipient’s capacity to one day say no. Ultimately, there will be little abatement to these abusive relationships until symmetry is effected — until the citizens of Haiti (and other countries in their predicament) can assume control and authority over their own destiny. Given the current power imbalance, that figures to be a distant possibility. Further still as long as the West, literally and figuratively, does not see it in its own best interest to accept the domestic risks inherent in such a global transformation. 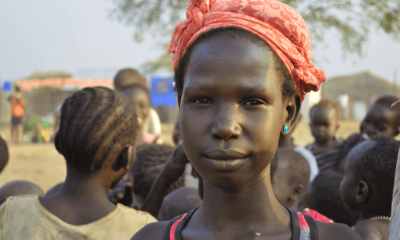 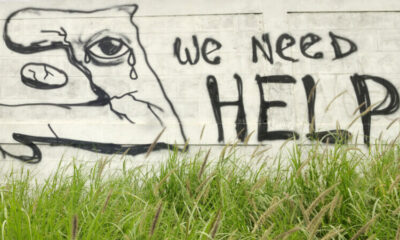