After the G-20 summit, Saudi Crown Prince Mohammed bin Salman can return home secure in the knowledge that his and his country’s standing in the world remain largely unaffected.

All eyes were on Saudi Arabia’s crown prince, Mohammed bin Salman, known as MBS, at last week’s G-20 Summit in Buenos Aires, Argentina. It was his first public international event since accusations arose of his complicity in the horrific execution of the well-known Saudi journalist and Washington Post columnist, Jamal Khashoggi, in Istanbul, Turkey, two months ago.

The G-20, the grouping of the world’s largest and most powerful economies, most often meets to tackle economic challenges of global consequence, such as the global recession in 2007-09 or today’s trade tensions. But this year’s attendees included a motley assortment of global leaders unlikely to subscribe to what had previously been the mantra of the economic body — the liberal international order. “America Firster” Donald Trump; revisionists Vladimir Putin of Russia and Xi Jinping of China; newcomer and defender of the world order, Emmanuel Macron of France; and right-wing populist Giuseppe Conte attended, among others. Spicing up the affair and grabbing a significant share of the media attention were MBS and his principal accuser, Turkey’s President Recep Tayyip Erdoğan.

The stentorian unilateralist Trump was expected to confront President Xi over the two countries’ growing trade war. The rising rhetoric between the world’s economic goliaths has rattled international markets. Others sought to catch the latest in the budding “bromance” between Trump and Putin. They kept their distance, however, no doubt in part to Trump’s growing legal problems at home amidst the Mueller investigation into, inter alia, the Trump organization’s alleged dealings with Russia during the 2016 election campaign. Many major Western leaders in attendance faced problems at home, including Britain’s Theresa May, Germany’s Angela Merkel and France’s Macron. Their attendance seemed pathetically marginal.

A Snake at a Garden Party

Argentina, not usually a major player on the international scene, provided a uniquely risky venue for the assembly, given that its law allows for those guilty of human rights crimes to be investigated and prosecuted in Argentina regardless of where those crimes may have been committed. Learning that Argentine prosecutors had opened a case against him, MBS chose to forego the customary luxuries typically accorded traveling Saudi royalty at the Four Seasons to sequester himself in Riyadh’s embassy in Buenos Aires. It’s unlikely that he would actually be prosecuted, owing to his brief stay and diplomatic status, but the mere threat of such a case apparently was persuasive enough.

MBS’s presence was as awkward as a snake at a garden party. At such gatherings, Saudi Arabia and its role in global energy markets cannot be ignored. But what democratically elected leader — the operative word being “democratically” — would want to be seen cavorting with the man believed responsible for having ordered the mafia-style hit on Khashoggi? In fact, few did. Not even Donald Trump, who has decided that, absent a smoking gun, he does not intend to disrupt America’s relationship with the kingdom and most especially the billions of dollars in defense equipment sales to the kingdom. Other than a brief exchange of pleasantries, the autocrat-loving US president had no encounter with the Middle East’s latest tyrant-in-the-making.

British Prime Minister Theresa May, herself embroiled in a tug of war between her own Parliament and the EU over the Brexit agreement, did find time to meet with the crown prince, albeit quietly. Britain also wishes to preserve its privileged position, second only to the US, as arms provider to the kingdom. It was left to French President Macron, apparently caught off-microphone, to lecture the young, ambitious crown prince about his latest criminal shenanigans and then admonishing him, “You never listen to me.”

The case against MBS became even more powerful when The Wall Street Journal reported over the weekend that the CIA had tracked no fewer than 11 messages between the crown prince and his closest adviser, who oversaw the team that killed Khashoggi, in the hours before and after the journalist’s death in October. And Erdoğan, who delights in cutting the crown prince down to size with his government’s drip-drip-drip approach to releasing damning information implicating him, publicly stated in Buenos Aires that he has been disappointed with the kingdom’s lack of support in the investigation of the murder.

The most fulsome welcome of the crown prince came not so coincidentally and rather (distressingly) ironically from Putin. Both Putin and Mohammed bin Salman are responsible for the loss of thousands of innocent civilian lives through their respective aerial bombardment campaigns in Syria and Yemen. Putin, like MBS, was also implicated in an extraterritorial assassination attempt, his against an ex-intelligence officer living in the UK.

All that Clout and No Courage

Theatrics aside, however, there is much to lament in this disappointing gathering. This ought to have been the time when democratic leaders asserted themselves, not only about the merits of the liberal international order that has brought unprecedented prosperity, however imperfect, to the world, or of the advantages of open trading systems, but also about what had been a shared core value of respect for human rights. In Buenos Aires, that was largely vitiated.

Instead, it descended into a political freak show of autocrats and autocratic wannabes. The man who will by all accounts someday become the ruler of the world’s largest oil exporter and the home to one of the world’s great monotheistic faiths is for all intents and purposes an assassin. Yet he was treated as a “global leader.” The world’s leading democratic nations could have come together to pronounce their unified position is support of human rights and a free media and against warrantless killing. They could have clearly stated that it will not be business as usual with their countries, arguably the largest and most powerful at the summit. It could have been liberal democracy’s pronouncement of Mohammed bin Salman’s effective guilt.

Sadly, however, cowardice and self-interest prevailed. Buenos Aires was another tragic, lost opportunity, if not outright defeat, for the liberal international order, human rights and a free media. The democrats, led by the US, failed in Buenos Aires, and the world has again been let down. MBS, though clearly stained now, can return home secure in the knowledge that his and his country’s standing in the world remain largely unaffected. In short, we saw no profiles in courage in Buenos Aires. Once again, a tyrant walks freely. 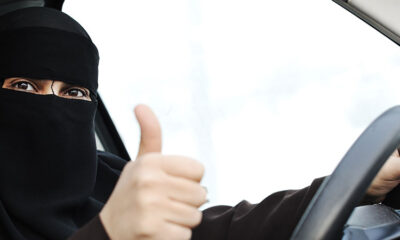 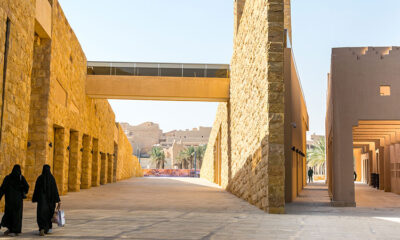 Is the US Ready to Back Real Change in Saudi Arabia? 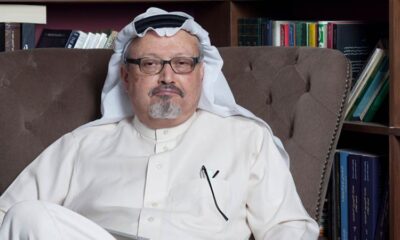