Andrés Manuel Lopez Obrador at a rally in Mexico City, May 2018 © Javier Garcia

Ahead of the Mexico’s presidential election in July, a left-wing populist is the clear frontrunner amid exasperation with political corruption and snail-paced social reform.

The Mexican presidential race was probably over the minute it began. Recent polls consistently put left-wing populist Andrés Manuel López Obrador at least 10 points ahead of the center-right National Action Party’s Ricardo Anaya. Ahead of the national vote on July 1, many Mexicans hope radical change will punish a corrupt political elite, but others fear the populist wave will spark more problems than it can solve.

López Obrador, often known as AMLO, former mayor of Mexico City and leader of the National Regeneration Movement (MORENA), has already run for president twice, in 2006 and 2012. In both cases his campaign started on a strong note, but he lost ground as his remarks became more radical, revealing an inability to take criticism. In both cases, he questioned the legitimacy of the elections immediately after his loss. This time around, he is back at the podium, raging against entrenched political graft while heralding the arrival of the country’s “fourth national transformation.”

Mexico’s highly corrupt government has been unable to deny his accusations, laying bare a need for major change. However, López Obrador lacks the policies to underpin his campaign slogans. He has voiced his ambition to reverse structural reforms that were recently implemented to boost Mexican economy. His rhetoric has echoes of populist leaders in Europe and the United States, exploiting social inequality, driving polarization, promoting nationalism and making policy proposals based on unverified economic arguments.

In a context of rising poverty, insecurity and international tensions, populist ideas fall on fertile ground in today’s Mexico. Trust in political parties, government institutions and democracy itself has nosedived, and people are demanding political action that past administrations failed to deliver. This appetite for change is highlighted by the 2018 Bertelsmann Transformation Index (BTI) that placed Mexico at 48 of 129 countries, scoring 6.3 out of a maximum 10 points, highlighting the country’s failure to steer toward democracy and a market economy.

The BTI indicator designates Mexico as a defective democracy, a fact which partly explains the populist surge that will likely define the presidential vote. In terms of political and social integration, the index graded Mexico’s “approval for democracy” at 5 out of 10 points, reflecting waning commitment to democratic values as governments have failed to fight widespread insecurity, corruption and impunity. According to the report, this figure could be set to sink further: “Inefficacies in both the executive and legislative powers have affected the public’s views of the political parties, a trend that risks reducing the prevailing opinion of democracy.” At the same time, the political establishment has not improved wealth distribution or economic development, another motor behind popular disaffection.

In a society where hope is in short supply, the presidential race is viewed by many as a chance to express discontent. During the first presidential debate on April 22, there were few constructive proposals, as the candidates focused on attacking each other. Attention focused on López Obrador, who was accused of repeated inconsistencies and provided no concrete response to serious evidence indicating corruption in his office. The evidence did not seem to harm the politician’s image, whose strength is mainly based on pointing out the government’s weaknesses, thus encouraging voters to express their distrust.

A large chunk of the electorate fails to acknowledge that López Obrador’s plan for the nation is unrealistic and ambiguous. Moreover, some proposals defy logic. For example, he has suggested significant investment in building oil refineries while temporarily freezing private investment in oil exploration and production. Considering Mexico’s reliance on oil exports, analysts have forecast losses from delaying exploration. Meanwhile, it may be unfeasible to pump enough resources into new refineries that are able to compete with those on the US Gulf Coast.

López Obrador’s proposals have reached peak absurdity with the announcement formalizing his plans to sell the presidential plane to Donald Trump, a populist bid for a decrease in political expenditure as well as a punishment for high-maintenance politicians.

The 2018 presidential elections will be historic for Mexico, not least because two independent candidates reached the final round for the first time. Nor has the population been polarized to this extent. Whatever the final outcome, the results will resonate internationally amid the proliferation of nationalistic leaders adopting inward-looking agendas. Under these circumstances, López Obrador’s call for nationalistic policies and a closed economic model will surely drive away foreign investment and hurt multilateral collaboration with other countries.

Meanwhile, relations with the United States are already fragile, following incriminating remarks and the militarization of the border. Clashes over migration and security, as well as a volatile renegotiation of the North American Free Trade Agreement. Adding another radical populist leader to the mix will surely deepen this schism. Yet Mexico seems poised to make the same mistake that the US did a year earlier when it elected Donald Trump, which will create shockwaves well beyond its own borders. 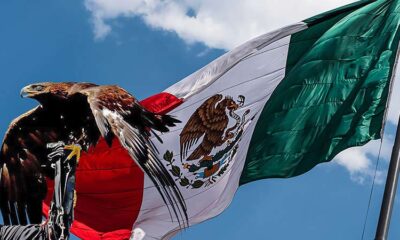 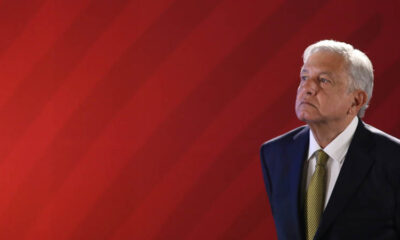