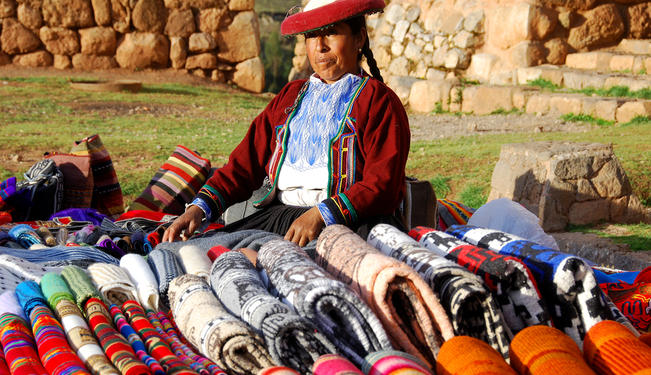 Amidst a booming extractive sector and increasing awareness of indigenous peoples’ rights at multilateral levels, Peru has finally adopted respective legislation. However, the recent implementation of the law reveals significant gaps.

With increasing foreign investment and a booming extractive sector, Peru is one of the world’s fastest-growing economies but faces major challenges in distributing its fortune. Inequality and skewed participation rates in national decisions related to large-scale development or investment projects, have intensified social conflicts.

Passing of the Law

Massive protests, road blocks, and violent conflicts reveal that those most affected by the country’s economic growth are the indigenous peoples. Violent confrontations in the Bagua and Utcubamba provinces in 2009 finally attracted international attention. The international community reminded Peru to keep its promises by allowing indigenous peoples a say in decisions which would affect their rights. Seventeen years after ratifying ILO Indigenous and Tribal Peoples Convention No. 169, Peru eventually passed a law on prior consultation and approved enabling regulations in April 2012.

The passing of the law closes several decades of heated debate, and demonstrates a way forward towards respecting international human rights commitments. Particularly, the right to prior consultation addresses Peru’s “distribution problem”; it includes indigenous peoples as the poorest and marginalised sectors of society. Similarly, the law establishes one of the most truly democratic forms of participation: dialogue and direct engagement for indigenous peoples. It further creates legal obligations for the State in decisions that affect indigenous peoples, their environment, and resources. The recent popular objection to the Conga Mining project illustrated the need for new legislation and effective implementation. Despite these recent legal reforms, consultation mechanisms largely lack adequate implementation and supervision. The implementation of the new consultation law might fail at its first hurdle — the question of ‘who is indigenous?’

The following discussion will reveal the first difficulties that were encountered in “filling the implementation gap” of the recently adopted law and regulation. Firstly, definitional matters will illustrate the diverging realities of law and practice. Secondly, the decentralised structure of the Peruvian State will serve as a focus to enhance discussions on consultation mechanisms and current social conflicts.

At first sight the question of ‘who is indigenous?’ seems abundantly clear. Notwithstanding the non-existence of a universal definition, ILO Convention No. 169 and UN Declaration on the Rights of Indigenous Peoples provide quantitative attributes of indigenous peoples. Similarly, the Peruvian law on Prior Consultation identifies numerable criteria: ‘direct indigenous descent’, ‘lifestyle and association with traditionally used or occupied territory’, ‘social institutions and particular customs’ and ‘cultural patterns and ways of life as distinct from other sectors of society’. Further, self-ascription in relation to indigenous collective conscience has been used to identify indigenous peoples. However, these thoroughly drafted criteria pose numerous challenges in practice.

While the Peruvian Ministry of Culture has not concluded the current population register, previous censuses indicate significant ambiguities in relation to the composition of indigenous populations. The Peruvian government agency Instituto Nacional de Estadística e Informática carried out censuses in 1993 and 2007, which were based on linguistic differentiation. Notably, the studies focus on the Amazon region that is majorly inhabited by indigenous peoples. Quechua and Aymara peoples inhabiting the Andean zone are widely excluded from the census. The reason for this lies in the fact that native communities are categorically distinguished from rural communities in the Andes. The Andean population is known for its integration into the trading system and would not fulfil the ‘way of life distinction criterion’. This distinction will in turn reopen public debates on the legitimate beneficiaries of the new law on prior consultation which equally excludes rural communities. It introduces a regional perspective that could jeopardise the geographically equal implementation of the law.

Apart from regional priorities, the implementers of the new law face challenges that arise in light of ‘self-identification issues’. Whereas governmental institutions and aid agencies discuss the phases of implementation, the corporate sector complains about its feasibility. Mining projects of past decades reveal difficulties in identifying beneficiaries eligible for compensation payments and social benefits. Notably, the final number of self-identified indigenous peoples strongly differs from the results of initial field research undertaken by the corporate sector. At the time of compensation payments, distantly related urban family members join affected community members for receiving benefits in the name of ‘indigenous descent’. Conversely, original community members who migrate to other communities escape legitimate benefits. Similar difficulties are to be expected for Peru’s new participatory model: compensation and shared benefits will find too many ready ‘recipients’.

In other contexts, the very nature of the term ‘indigenous’ impedes effective legal implementations. Some indigenous community members do not identify as such; numerous indigenous peoples criticise the term based on its external denomination. Namely, ‘indigenousness’ is considered a colonial and neo-colonial tool for expressing ‘otherness’ instead of for identifying rights-holders. On the other hand, indigenousness is frequently used as an invocation of identity in order to politically avert discrimination and marginalisation. Categorical objections of this kind thus further complicate adequate human rights performance. Instead of identifying legislative or administrative measures as objects of consultation, the new law should devote itself to identifying its subjects: indigenous peoples.

Yet, even when one agrees on a definition for “indigenous”, the actual implementation of the law on prior consultation faces further challenges. The law itself bears some intrinsic flaws and seems incompatible with practical factors necessary for its successful implementation.

Criticism of the Law

Immediately after its enactment in April 2012, indigenous peoples’ representative groups repeatedly expressed their discontent with the law. They had already rejected the draft regulation and denounced the regulation as insufficient. Their main criticism: the law does not require the State to obtain their free, prior, and informed consent; it merely stipulates that prior consent forms an objective of the consultation process. In the case of a rejection of a project by an indigenous community in the consultation process, the government therefore still has the right to permit the project against the community’s will. An expert from the Legal Defense Institute identified further weaknesses: first, the consultation is only initiated when the ball is already rolling, namely when a project has received a concession. Second, the time span of 120 days for consultation seems incompatible with region-specific challenges, such as the distance that has to be covered when consulting a community in the Amazon area. Therefore, indigenous peoples have perceived the prior consultation law rather as a fig leaf for the government than a real opportunity for participation. Their frustration was further fuelled by reports about suspicious ties between a high-level government official from the Ministry of Energy and Mines with illegal mining activities.

In addition, the regulation of the law – Article 2 (2.3) – envisages the approval of a consultation process by the Vice-Ministry of Interculturality (Viceministerio de Interculturalidad), which is part of Peru's Ministry of Culture. In other words, when a regional or local government seeks to initiate a consultation process, it first needs permission from the ministry. Even though the actual law (no. 29785) does not specifically mention this sort of condition, its ambiguity raises the question about dominance between the national government on the one hand and the regional and local governments on the other. This forms part of a wider problem that affects various marginalised groups in Peru: centralisation vs. decentralisation.

Former President Fujimori (1990-2000) followed a dictatorial approach and accumulated all political powers in Peru’s capital. The political potential on the regional and local level dried out and areas outside Lima, or any other bigger Peruvian city, were neglected. The significant consequences can still be felt today. The Amazon region and the highlands, home to a majority of indigenous peoples, have limited access to basic services and markets. Although President Humala supports further decentralisation, the situation in outer regions still proves challenging and the national government continues to dominate political decisions. A key reason is the lack of trained staff on the regional and local levels. The majority of experts are still placed in Lima and the training of local and regional officials in managing budgets and providing services to the people has been inadequate. Yet, fiscal transfer to regional and local governments alone will not solve the problem of the under-participation of marginalised groups. If indigenous communities and their local and regional governments do not get the chance to adequately take part in the decision making process, frustrations will continue to rise and lead to further social conflicts and violence. In that case, the conflicts around the Conga mining project are just the beginning of a longer episode of struggle.