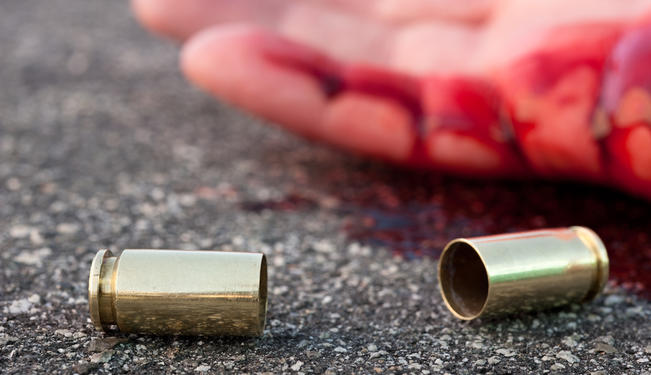 Guatemala does little to protect journalists from attacks.

On August 19, Guatemalan television and radio journalist Carlos Alberto Orellana Chávez was abducted from his car in the department of Suchitepéquez and murdered shortly thereafter, a mere seven days after another journalist, Fredy Rodas, was shot in the same state.

These assaults, amounting to four murders of journalists so far this year, come as part of a new wave of violence against reporters in Guatemala. A Guatemalan NGO, the Human Rights Defenders Protection Unit (UDEFEGUA), has recorded 19 instances of aggression against journalists this year, ranging from intimidation to murder.

The motive for these murders seems to be an attempt to silence the public debate on corruption, incompetence, and drug-related violence. This rampant aggression against the exercise of free speech, and the seeming lack of response on the part of the state, hints at a deterioration of democracy and the growth of what UDEFEGUA calls “a context of un-governability and impunity” within the country.

Freedom of speech and of the press are among the hallmarks of a healthy democracy, and any assault on their integrity represents a setback for Guatemala’s fledgling democracy. The state must address these crimes quickly and decisively, whether they come from outside or from within, to protect the exercise of free speech within the country.

Echoes of Guatemala’s Past

Incidents of violence against the press are unfortunately reminiscent of a previous era in Guatemalan history, in which government authorities and other actors neither possessed nor exercised respect for freedom of speech, and the population of the country was forced to live in fear of speaking out. A violent civil war that lasted from 1960 to 1996 resulted in an estimated 200,000 deaths and a genocide, perpetrated by government forces, against tens of thousands of indigenous people. The anti-communist zeal of a series of dictatorships during this period, from 1970 to 1984, led the government to curtail public discourse and to treat indigenous groups and others as “rebel collaborators who threatened the government.”

The institutional terrorism of the government during this period was characterized by a heavy hand towards the press and widespread extrajudicial killings. While the current situation does not match the scale of previous violence, any trend that reflects Guatemala’s violent past is profoundly worrisome.

The State as a Bystander

Approximately half of the attacks or threats in 2011 came from either organized crime or from unknown sources. According to the Committee to Protect Journalists, the rise in violence against reporters is partially due to the influx of members of the Zetas, a drug cartel from Mexico. In May 2011, three Zeta leaders were arrested in the western city of Quetzaltenango for hanging banners with messages directed at the press, bearing such phrases as: “Tone it down, before the war is with you.”

These arrests are an anomaly in a surge in crimes, which have overwhelmingly gone unpunished. Of the 13 murders of journalists in the country since 2007, only one has been investigated and resulted in a conviction, driving home the fact that the Guatemalan state has done little to protect the media from attacks.

Government authorities also speculated that the killings were simply common crimes, indicating that they do not take the situation seriously. However, President Otto Perez Molina reversed this stance when he signed, on May 6, a law that created the “Journalist Protection Program of Guatemala,” which will strive to prevent violence.

Despite Molina’s claims that an “articulated plan” exists, however, the nature and potential efficacy of the program are at this point unknown, and the initiative has not yet been effective in lowering the rate of incidences since its inception. That said, this program must be given genuine power and authority to protect journalists and to investigate crimes. Also, these efforts must come as part of a larger campaign, as it seems the government is itself to blame in some of these crimes.

The State as a Perpetrator

A new trend of violence against journalists is made even more worrisome by the revelation that over half of the violations against press freedom in 2011 originated from the police, government functionaries, or politicians. The Guatemalan government’s perpetration of such acts indicates an attempt to silence the free press on issues sensitive to local authorities.

This aggression against the press, explains Frank La Rue, UN Special Rapporteur for The Freedom of Expression, can take various forms. These include legal harassment, verbal or written threats, and violent messages, as when gunmen recently fired on the home of Vernick Gudiel, head of the investigative reporting unit of newspaper El Periódico. The newspaper has also faced a series of cyber attacks this year, and its president was harassed by police, who attempted to forcibly enter his house.

La Rue expresses the opinion, shared by journalistic organizations, that government suppression of journalists is aimed at silencing their criticism of corruption and inefficacy of public policy. Carlos Chávez, the journalist recently killed, had consistently condemned endemic corruption at the local level.

It is unclear whether or not his journalistic activities were connected with his murder, but he was not robbed and there is no alternative explanation, creating circumstances that are certainly suspicious. Government bodies must not be allowed to punish journalists for their views, even if the government finds them troublesome or inconvenient.

The Guatemalan state must recognize that organized crime and corrupt politicians think of journalists as targets, and thus, the state must act to provide them with the special protection they need. The Program to Protect Journalists must not be allowed to consist solely of public relations campaigns, and must instead be given real authority to respond to threats, whether they originate from outside or from within Guatemala. If those who harass and attack journalists are left to continue to operate with impunity, the crimes will only escalate, leading to further violence.

*[Note: Thomas Abbot is a Research Associate at the Council on Hemispheric Affairs. This article was originally published by the COHA.]