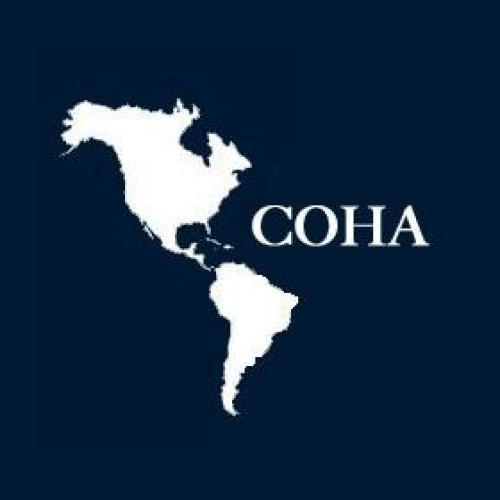 The Council on Hemispheric Affairs (COHA) was established to promote the common interests of the hemisphere, raise the visibility of regional affairs and increase the importance of the inter-American relationship, as well as encourage the formulation of rational and constructive U.S. policies towards Latin America. COHA subscribes to no specific political credo nor does it maintain partisan allegiances. It supports open and democratic political processes just as it consistently has condemned authoritarian regimes of any stripe that fail to provide their populations with even minimal standards of political freedoms, economic and social justice, personal security and civic guarantees. COHA is staffed by a small professional core, who contributes their services to the organization, supplemented by a large number of volunteer graduate and undergraduate students who often receive academic credit from their home institutions for the experience gained through their work with it. Over the years, retired government employees also have cooperated with COHA in preparing monographs on such topics as regional development, trade policies, and the controversial development strategies of the international lending agencies. The staff is assisted by a number of COHA senior research fellows from the United States, Latin America and elsewhere, who are generally considered to be leaders in their respective fields of expertise.

Guatemala does little to protect journalists from attacks. On August 19, Guatemalan television and radio journalist Carlos Alberto Orellana Chávez was abducted from his car in the department of Suchitepéquez and murdered shortly thereafter, a mere seven days after another journalist, Fredy Rodas, was shot in the same state.

The response to Lugo's impeachment from other Latin American statesmen has been dictated by economic necessity rather than commitment to democracy. By Sean Burges The reaction among other Latin American countries to the extremely questionable constitutional putsch in Paraguay appears based more on economic urgency than the defense of democracy....