The countries in Central America’s Northern Triangle — Honduras, El Salvador and Guatemala — do not have the public health infrastructure necessary to overcome the challenges of a pandemic. That is why these countries, which are used to seeing significant migratory transit, quickly shut their borders as the COVID-19 contagion gained steam in Latin America. The spread of the pandemic in a country like Honduras would not only cause enormous socioeconomic harm domestically, but would also destabilize the region.

Honduras, whose president, Juan Orlando Hernandez, has been navigating troubled waters for several years, is now facing social unrest because of the socioeconomic effects of the quarantine. The Honduran military has been deployed to deliver food and basic necessities to vulnerable sectors of the population for whom staying home represents an immediate pause in any sort of financial income. Approximately 75% of the Honduran population works in the informal economy, and a lockdown creates the risk of widespread malnutrition and hunger in the country.

A Nation in Crisis

Before the global crisis provoked by COVID-19, democracy in Honduras was already undergoing a storm of its own. In October 2019, Juan Antonio Hernandez, brother of the president, was convicted by a court in New York on charges of drug conspiracy, weapons charges and lying to the Drug Enforcement Administration. Moreover, US prosecutors implicated, in absentia, President Hernandez himself of enabling and covering his brother’s trafficking network.

The conviction of Juan Antonio Hernandez unleashed a wave of reactions in Honduras, from the president coming out to defend his family’s name to the political opposition calling for a judicial process against the president. Hernandez was elected in November 2013, after serving 15 years as member of Honduras’ national congress, representing the National Party, including as head of legislature. In December 2017, he was reelected amid allegations of fraud by the opposition, civil society and international organizations, including the Organization of American States (OAS), but remains is a key regional ally for Washington’s attempts to stabilize the Northern Triangle. However, it is increasingly evident that President Hernandez is not the leader to create stability either in his country or the region.

During his first term, JOH, as the president is also known, gained popularity because of the decrease in crime and violence metrics, which have historically plagued Honduras. In 2015, the country’s supreme court waived the one-term limit that allowed Hernandez to run for reelection — a move unprecedented in modern Honduran democracy that triggered mass protests. Subsequently, in 2016, the Hernandez administration facilitated the creation of a multilateral anti-corruption mission, the MACCIH, led by the OAS and modeled on Guatemala’s CICIG. Nevertheless, this project came to an end in January 2020 when the OAS announced the cessation of MACCIH activities due to clashes with Tegucigalpa — yet another sign of Hernandez’s increasingly contentious presidency and a major flag against the administration’s lack of transparency.

Over the last few years, President Hernandez’s tenure has become increasingly clouded by growing poverty levels, mass migration and gang violence coupled with recent corruption and drug trafficking allegations against members of the political elite. In this context, Hernandez has set out a framework of decrees and regulations to protect his country against COVID-19, which some fear are also intended to strengthen his executive power for political ends. Currently, the entire country is under curfew, and a ban on international travel is in place in a rigorous attempt to prevent widespread infection.

In June 2009, Honduras witnessed a military coup against then-President Manuel Zelaya. A member of Latin America’s leftist leaders of the so-called pink tide, Zelaya was elected in 2005 representing the Liberal Party and led the implementation of numerous social programs aimed at improving the lives of the working poor. Shortly before a national referendum that would have allowed him to be reelected (despite opposition by the supreme court) was due to be held, Zelaya was forced into an airplane while still wearing his pajamas and sent into exile.

The ousting of Zelaya — one of Latin America’s first coups since the Cold War — was denounced as a right-wing plot and a major setback for the most vulnerable sectors of Honduran society. This transition led to the interim presidency of Roberto Micheletti who, as acting president of the national congress, was next in the line of presidential succession. In November 2009, Honduras held its scheduled elections, which resulted in a victory for conservative Porfirio Lobo from the National Party. President Lobo’s administration was marked by increased violence at the national level, a struggle for regional legitimacy and international recognition, as well as corruption allegations.

Since Zelaya’s ousting, Honduras hasn’t had an administration focused on and committed to expanding the welfare state within the constraints of a developing country, and these national shortcomings are proving particularly onerous in a time of health crisis. In 2013, Xiomara Castro, Manuel Zelaya’s wife, ran for president representing the Liberty and Refoundation party but was defeated by Hernandez.

General elections in Honduras are set to be held next year. In the midst of great uncertainty, Juan Orlando Hernandez will either be reelected or pass the presidential sash. The COVID-19 crisis, which underscores Honduras’ need for a steadier food infrastructure, a more robust health-care system, and a strengthened formal economy will hopefully lead to a consensus of national priorities between the traditional National and Liberal parties, as well as the newer Liberty and Refoundation party.

For a country plagued by violence, drug trafficking and corruption, the ongoing socioeconomic crisis triggered by COVID-19 should be a wake-up call for the Honduran political class that business as usual is no longer sustainable and that a minimum level of policy consensus is indeed in the national interest. Similarly, policymakers in the region and the United States would be wise to support Honduran leaders seeking to advance formal and legal economic development as a way to combat violence and poverty. 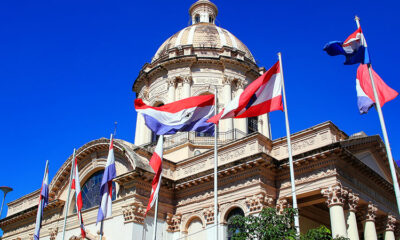 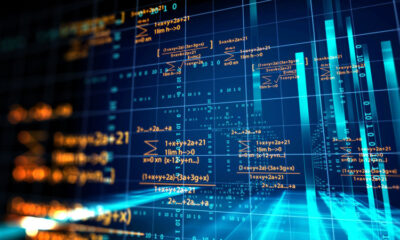 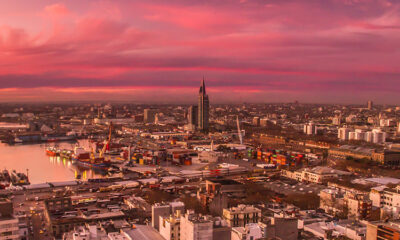