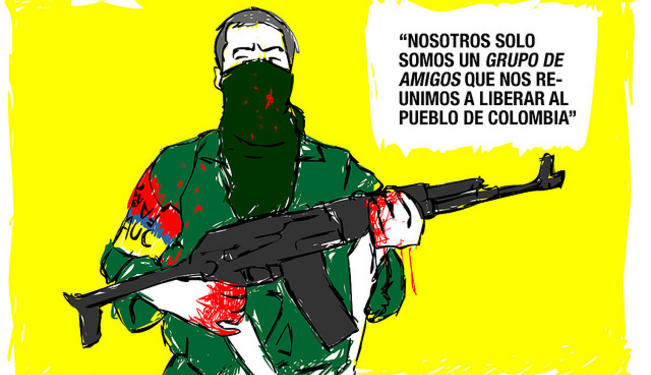 Efforts to destroy Colombia’s powerful cartels have only succeeded in fragmenting these once mammoth criminal organizations.

Medellín and Cali are Colombian cities that ring familiar for their association with two of the most powerful drug cartels that once provided the vast majority of cocaine across the US, Latin America, Europe and Asia.

However, despite the death of Pablo Escobar and the extradition of the Cali Cartel’s main leaders, neither crime, violence nor drug trafficking has disappeared from Colombia’s major cities.

Medellín: From Escobar's city to an era of new criminal actors

The first wave of violence in Medellin, which began in the 1980s, has yet to fully subside.  Significant efforts by law enforcement and the military have only succeeded in changing the nature of this city’s powerful criminal organizations.

The war between the government and Pablo Escobar (1988-1993), catalyzed by the conflict between Escobar and the Cali and Norte del Valle cartels, brought the first round of violence to the city.  The emergence of local paramilitary forces further exacerbated the level of insecurity.

With the support of the US Drug Enforcement Administration (DEA), the Colombian Government succeeded in killing Escobar.  Yet, the city’s problems were far from over.  Another famous drug lord, “Don Berna” reignited violence throughout the city.  Fearing attacks by the rival Cali Cartel, he sought allies in the paramilitary forces of Carlos Castaño.

As power continued to shift hands from one drug lord to the next, organized crime in Medellín merely evolved.  The vertical hierarchy under Escobar became a fragmented field of smaller, more horizontally organized criminal syndicates.

The fragmentation of criminal organizations made it difficult for law enforcement to exploit the structural weaknesses of the once vertically integrated cartel.  The waning size of criminal organizations diminished the effectiveness of prosecution.  Simultaneously, the power vacuum left by Escobar caused a constant violent struggle among smaller groups, which made them too weak to resist the arrival of leftist guerrilla and paramilitary urban cells.

The next year, a peace agreement signed with the Colombian Government, demobilized the urban operations of most paramilitary and guerilla brigades.  A final government offensive eliminated the Bloque Metro dissident faction and extradited its principal leaders to the US in 2008.  But with the intruders out of the picture, drug traffickers lost a crucial common enemy.  Soon the chain of command established under “Don Berna,” began to fracture and a power struggle ensued among of his two successors “Valenciano” and “Sebastián.”

From 2008 to 2011, these two drug lords waged a bloody war for control of Medellín.  Though the government succeeded in capturing both leaders in 2012, the struggle for power still remains today.

Since the 1980s, drug trafficking and coca cultivation helped the department of Valle del Cauca overcome the economic crisis that engulfed the region due to the falling price of sugar.  The subsequent rise of the drug business brought development, modernization and regional economic growth, but at the unsavory cost of rising violence.

Drug profits had a strong influence on the economy of the region, especially in the city of Cali.  Narco dollars infiltrated government institutions and public and private companies, as well as social clubs and organizations.  Money laundering generated an economic boom that collapsed quickly and crippled Cali’s private and public finances.

In 1995, after the fall of the Cali cartel and the capture of its leaders, the Rodriguez Orejuela brothers, a coalition of mid-level drug traffickers capitalized on a dispute between the Medellin and Cali cartels to consolidate a criminal structure known as the Norte del Valle cartel.

A number of powerful former-paramilitary syndicates also continue to operate throughout the countryside surrounding Cali.  The paramilitaries began as a partnership between government forces and rural landowners.  Though each had different agendas, these actors shared the common goal of containing and eliminating the leftist guerrillas.  In 2003, a government effort to demobilize the paramilitary forces, which had been consolidated into United Self-Defense Forces of Colombia (AUC), forced many of these rightwing militias underground.  Out the demobilization process emerged two powerful criminal structures, "Los Rastrojos" and "Los Machos."

As the Colombian Government continues to negotiate peace with the leftist guerillas of the Revolutionary Armed Forces of Colombia (FARC), the resurgent remnants of the drug cartels and former paramilitaries threaten to negate the gains of a peace agreement.  From the ashes of the demobilized paramilitaries, a new generation of armed groups has arisen.  These organizations now operate more as drug traffickers than bands of anti-Marxist vigilantes.  Their dedication to trafficking has globalized their presence, as they forge connections with the Sinaloa cartel, contributing to the greater problem of drug trafficking throughout the Americas.

Though the commanders of these new groups had been on the scene for years, they remained subservient to more powerful paramilitary and drug trafficking organizations.  They served as the middle men, grunts and hit men, providing auxiliary support in the exportation drugs and the extortion of local authorities.  Today, these bands of vigilantes have become more organized, cooperating with various transnational criminal organizations.

A Chameleon under fire changes its Colors

To survive pressure from government forces these groups have adapted, changing colors like a chameleon.  They have averted the dangers of over centralization by splintering into smaller autonomous cells, while maintaining a centralized command.  Consequently, this ambiguous command structure does not ensure clear lines of succession, causing higher rates of violence when leaders are killed or captured.

If peace talks succeed in reducing violence committed by the FARC, a new wave of organized crime may fill the vacuum.  This phenomenon would be yet another case of Colombian déjà vu, in which peace on one front is replaced by more violence on another.

Chameleonic structures, capable of adapting faster than law enforcement, reveal the fundamental cause and solution to the problem.  The monopoly held by violent criminal organizations over the profitability of the drug trade can only be dismantled through legalizing the illicit market.  To catch a chameleon, one must remove the ground on which it stands.  Proposals by the Uruguayan Government to coopt the production of marijuana may provide an alternative to the strategy of militarization employed in Mexico and Colombia.  Organized crime will continue to pervade Latin American society until governments are able to see the true causes of the threat. 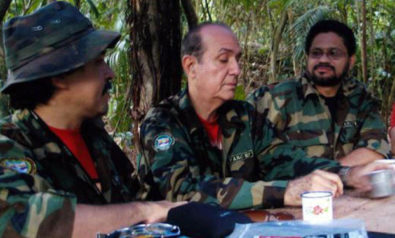 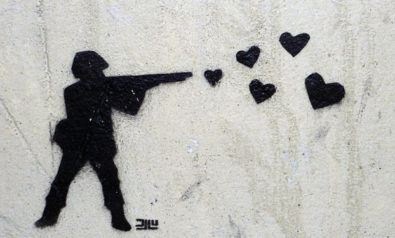 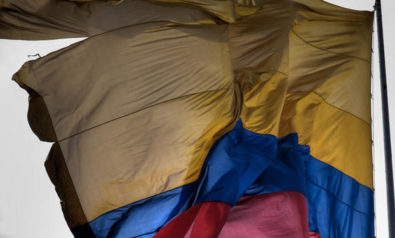