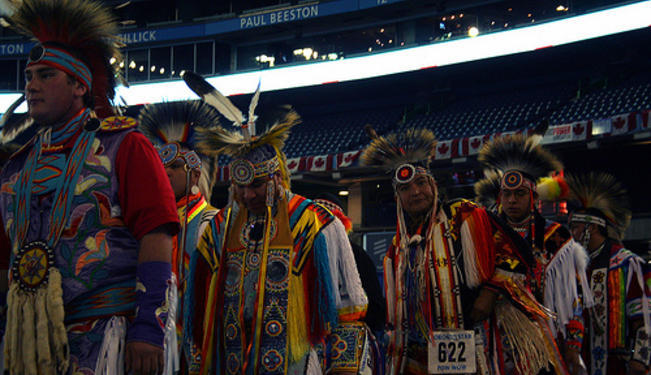 Canada must address the needs of its aboriginal population and include them in its long-term goals.

The eminent Canadian novelist Robertson Davies once remarked, “I see Canada as a country torn between a rather northern, rather extraordinary, mystical spirit which it fears and its desire to present itself to the world as a Scotch banker”. This decades-old observation has never been truer.

Every few years, a crisis on an aboriginal reserve reaches such tragic, heart-wrenching proportions that it overwhelms the media and dominates Question Period in Parliament. This past December the Attawapiskat First Nation reserve hit the front page of leading Canadian newspapers.

I first became acquainted with Attawapiskat’s plight in 2008 in a meeting as a student trustee. We knew that the children and youth on the reserve desperately needed a new school. People on the reserve lived in nearly uninhabitable houses, often without access to running water or even basic sanitation. This reserve is one example of Canada’s third world.

Just before the new parliamentary session, Prime Minister Stephen Harper has taken a new, rather bold interest in First Nations issues. An infamously introverted politician who is always reticent to speak to the media or host large-scale summits, Mr. Harper’s decision to host a multilateral conference with national chiefs was seen as an important, albeit belated step.

Mr. Harper, a Conservative, has a mixed relationship with aboriginal groups, dating back to a faux pas as Leader of the Opposition when he congratulated chiefs on India’s Independence Day. More worrisome, however, was his decision to shun the “rather northern, rather extraordinary, mystical spirit” to behave like a Scotch banker, when, citing financing concerns, he tore up the Kelowna Accord after assuming power in 2006. The Accord was a negotiated, far-reaching, inter-jurisdictional agreement to improve aboriginal social policy enacted by erstwhile Prime Minister Paul Martin, a Liberal.

Mr. Harper is rightly also lauded for his government’s formal apology for the residential schools, a colonial transgression dangerously akin to cultural genocide, where young aboriginal students were forcibly relocated to church-run institutions which were poorly funded and fraught with physical and sexual abuse.

The most recent multilateral meeting, rich in the obligatory ceremony of summitry, reached a problem over differing views of what to do about The Indian Act of 1876. This act, largely viewed as colonialist, paternalistic and regressive, marked the main point of discord and departure. National Chief Sean Atleo said it was based on a “disgraceful premise of [aboriginal] inferiority, aimed at the destruction and assimilation of our cultures”. He advocated for its abolishment.

Mr. Harper however insisted that repealing the act “would just leave a big hole and argued instead for incremental changes, with the idea of school boards being assigned under federal law. Shortly after his speech—and before the summit’s conclusion—Mr. Harper flew to Davos, Switzerland for an economic summit, perhaps to renew the facade of Canada as a Scotch banker on the world stage. Later in the week, Interim Liberal Leader Bob Rae criticized Mr. Harper in a speech on social policy to a Vancouver audience.

Known for his impromptu speeches, Mr. Rae called the relationship between aboriginal peoples and the government the “great example of a truly unfinished, un-reconciled business in the country”. He lamented “aboriginal ghettos” in big cities, and dissatisfied youth who leave northern reserves only to fall into lives of social-assistance dependency and alcoholism. Mr. Rae also argued that the Conservative government has dealt with this problem through an unprecedented and largely unwarranted prison-construction program, resulting in the “highest incarceration rate in eleven years”, despite crime rates having reached their lowest point since 1973.

Mr. Rae further argued that as First-Nations people leave reserves and the issue “gets closer to us, it also has to be closer to our hearts and to our understanding; to the extent that we have not embraced aboriginal culture […] we have not appreciated the loss, the indignity and the deep sense of injustice that now has to spur us into action”.

While no immediate, single policy or legislation can rectify centuries of loss, suffering, setbacks and inaction, a renewed, sustained focus on the deplorable conditions facing aboriginals is needed. Proper, world-class education for the disproportionately high number of aboriginal young people and addressing the needs of first nations must be the constant effort of all Canadians — including (Scotch) bankers, who laudably have made the Canadian economy the most resilient in the G8. For all Canadians, the next step must be to harness that economic success towards strong social policy, including for aboriginals.