There is a certain irony of anti-European far-right groups in the UK utilizing and reproducing the promotion of French nationalism through the symbolic yellow vests.

The so-called yellow vests, or the gilets jaunes — the original name given to the protesters adorned in high-visibility jackets who have been marching and rioting across France since November 2018 — have now taken center stage outside the UK Parliament in London. What started as a visible marker of economic disapproval in France, the yellow vests have now become symbolic of radical-right rhetoric as the protests have become hijacked by far-right groups on both sides of the Channel. While the gilets jaunes were the catalyst for the emergence of their British counterparts, there is a certain irony of anti-European far-right groups in the UK utilizing and reproducing the promotion of French nationalism through the symbolic yellow vests — a transnational nationalism.

At the beginning of January, I was in the center of Paris for a long weekend. Saturday afternoon arrived, and with it came the thousands of protesters taking to the streets to demonstrate their rejection of, predominantly, President Emmanuel Macron’s economic policy. The protesters ranged from young adults to families to older generations with walking aids. Vehicles sounded their horns in support of the marchers. A local man told us of the harsh realities of living in Paris: With the average rent at around €1,500 ($1,700) in the city, he claimed, “No wonder they are protesting — they are desperate!”

This anecdote demonstrates the spectrum of support for those who now march every Saturday across the country. But the media coverage also tells of violence, aggression and nationalist chanting, with the role of immigration playing center stage as factions of the protest become rioters. This has been compounded by accusations of anti-Semitism surfacing this weekend, following a reported 74% spike in anti-Semitic hate crimes across the country over the past year — the worst since World War II, according to Macron.

The label gilets jaunes has emerged from the protesters wearing high-visibility jackets but has a metaphorical national significance. In France, there is a legal requirement for motorists to carry one in their vehicles when traveling, and it was the rising fuel costs that sparked an online petition that led to the demonstrations. The petition, which has now gained over a million signatures, called for the blockading of roads and fuel stations as a means of protest and encouraged the wearing of the yellow vests to attract attention to the cause. Having gained traction, the protests were further being utilized as a means to express anger toward other economic hardships, such as the rising costs of living, the low minimum wage and the tax burden on the working and middle classes.

As the protests gained in numbers and drew greater publicity, the complaints directed at Macron’s government increased. These now saw an emergence of anti-immigration rhetoric, with groups mobilizing in the form of riots as night fell on the peaceful protests. And so, with chants against inequality came chants about prioritizing hard-working French people and a rejection of a system that they feel supports and protects “others.”

While the French government has offered concessions in the form of tax breaks and a promised rise in the minimum wage, the intensity of violence appears to be on the increase. This might suggest that the voices now being heard from the movement are of those with nationalist pursuits over the protesters with predominantly economic grievances. The gilets jaunes have so far demonstrated that a violent anti-state movement can succeed in gaining political concessions and continuing to hold the gaze of the international media.

What has become a symbol of this French struggle has somehow permeated the UK’s Brexit debate, as though the internal anti-state sentiments on both sides of the Channel are united in their struggle for nationalist aims through their wearing of the high-visibility vests. Indeed, the yellow vests label has been self-imposed by pro-Brexit groups that are utilizing nationalistic rhetoric to promote anti-Europeanism and self-determinism. Though violence has not been documented, aggression and intimidation have been demonstrated in the publicized verbal attacks on MPs as they enter and leave Parliament.

One of the leading members of the yellow vests, James Goddard, a well-known far-right activist, was recently arrested for his involvement in the threats and abuse toward Anna Soubry MP, since declaring a national day of action calling on supporters to attend mass protests in support of Brexit, bringing with them their “yellow vest and British spirit.” In a video of one of the protests outside Westminster, Goddard was overheard threatening someone:  “You’re fair game. You ain’t even f***ing British.” This links to his previous support for the English Defence League and its former leader Tommy Robinson, as well as vocalized Islamophobic rages in which he suggests those who are not British — or not perceived to be (looking or acting) British — are anti-British.

As appears to have happened in France, protests around single issues have been hijacked by nationalist rhetoric through an entanglement of complex issues related to equality, autonomy and patriotic nationalism. Subsequently, the two struggles, drawing on notions of independence and protection of their own — Brexit for the UK and socio-economic inequality for France — are now permanently enmeshed by their embellishment of the yellow vest as symbolic of their national fights.

We may view the emergence of yellow vests in the UK as an opportunistic hijacking of a highly publicized resistance to the state through the symbolism of the gilets jaunes for media attention. Or, perhaps, as many commentators and academics are exploring, we might view their emergence as an example of the rise in the visibility of far-right rhetoric and organizational action across Europe. Either way, we might, momentarily, take off our analytical hats and smile at the irony not only of a transnational nationalism, but one which has emerged through the symbolism of, quite literally, high-visibility jackets. 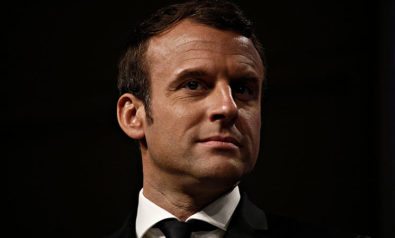