Those who complain of witch hunts are often clamoring for impunity, hoping that their status puts them above the law.

Although the last witch trial in the Western world took place in 1944 in the United Kingdom when Scottish medium Helen Duncan was tried for “fraudulent witchcraft,” the accusation of mounting a witch hunt appears in the media practically on a daily basis.

Analyzing the evolution of the case for an investigation into British war crimes in Iraq, The Guardian describes the resistance campaign led by Conservative politicians and quotes a 2016 column in The Daily Mail, “Mr Cameron MUST stop these vile witch-hunts against our brave troops,” referring to then-Prime Minister David Cameron.

CNN’s senior White House correspondent, Jeff Zeleny, reacted to Donald Trump’s characterization of the Mueller investigation as a witch hunt, challenging Press Secretary Sarah Huckabee Sanders with this question: “But his own FBI director yesterday said, ‘it’s not a witch-hunt.’ Why does the White House still believe it’s a witch hunt?”

And, of course, Clinton Democrats complained throughout the 2016 presidential campaign and well beyond that the FBI’s investigation of Hillary Clinton’s email server was a witch hunt.

Most people today agree that whatever witches may have done in the pre-modern past they aren’t doing it today, or if they are, they may practice their arts within the law. In some states in the US, witchcraft is deemed a legitimate personal choice. In the 1980s, the District Court of Virginia ruled “that people who practice witchcraft as a religion are entitled to the same Constitutional protections as those who follow other belief systems.”

In other words, the metaphor of the witch hunt applies to anyone except witches, who can now be seen as victims rather than perpetrators of crime. It has become a rhetorical ploy to absolve public figures from the crimes they are suspected of having committed.

In the kind of celebrity culture that exists today, one segment of the public — the fans — will accept the idea that the celebrity is a victim of overzealous critics and prosecutors. The case of British war crimes is more complex. There will always be ambiguity about who is ultimately responsible for a war crime. Is it the soldier who committed it, obeying the orders of superiors? Is it the superiors who gave the order or tolerated the excessive behavior characterized as a war crime? Or is it even the politicians who prosecuted and supported a war in which war crimes were likely or even inevitable?

A good part of the public will find that accusing the “brave troops” is indeed vile, especially if no one else is held to account. The politicians may be inclined to blame the bad apples among the troops, but they obviously prefer that the whole thing be forgotten in the name of “the terrible cost of war.”

The fear of witchcraft had practically disappeared from Europe by the 18th century. The only reason Helen Duncan was tried under the Witchcraft Act of 1735 was that the prosecution discovered in section 4 of that law the means of pursuing her for fraud as a medium, who staged spiritualist séances where she claimed to convoke ghosts who spoke to her gullible audience.

Trump Is the only world leader advocating that Russia be allowed back into the G7.

But the Russia investigation is a “witch hunt?”

The term came to the fore and entered into political history when Senator Joe McCarthy mounted an infamous campaign to root out “communists” from the US government and all other public institutions in the 1950s. The metaphor couldn’t have been more appropriate. It led playwright Arthur Miller to write his play, The Crucible, based on the Salem witch trials of the 17th century but directly exposing the nature of McCarthy’s campaign against a whole category of people.

More recently, any public figure accused of any crime is likely to apologize with a tone of sincerity, and when that doesn’t work, to cry “witch hunt.” The Harvey Weinstein scandal led to a series of other accusations of celebrities in an atmosphere that some complained — because it concerned so many people — resembled a witch hunt: “ACTRESS Kirstie Alley has slammed ‘the mob’ who have been going after Hollywood’s sexual predators, claiming the situation has spiralled into a ‘witch hunt.’”

The number of people involved meant that it bore some similarity to McCarthy’s anti-communist campaign. But this was not about people’s beliefs and political convictions. It was about their acts. Even more, it was about their sense of impunity.

And that’s where the difference lies. Those who complain of witch hunts are often, upon a closer look, clamoring for impunity, hoping that their status puts them above the law and beyond conventional moral codes. In one case, it’s celebrity that expects impunity. In another, it’s the heroic vision of war. Too often it’s the power associated with celebrity as well as political and military force that grants immunity, if not impunity. 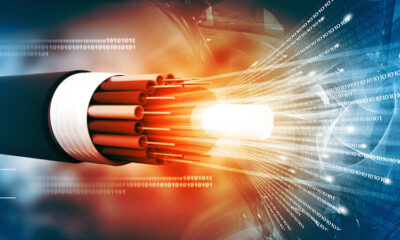 The Daily Devil’s Dictionary: Following Our “Way of Life” 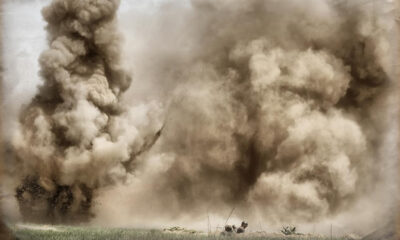