Racism and discrimination are key features in the study of Muslim minority experiences in western Europe.

In this TEDx talk at Fatih University in 2014, I took the opportunity to explore the nature of Muslim minority experiences in the West, with a particular focus on Britain.

The key issues to consider are the processes of immigration, integration and multiculturalism in the context of policy and practice. But the crucial issues of racism and institutional discrimination are also significant features in the study of Muslim minority experiences in the post-war context of western Europe.

Due to limited social mobility as a result of the lack of education among first generation immigrants, who subsequently became citizens, it placed significant burden on future generations to achieve education and employment success, given the “penalty” faced by the pioneers.

Though there have been significant developments to the educational successes of subsequent generations, there remain problems of social mobility that are about structural and cultural discrimination. This might have taken shape through the lens of race and ethnicity during the 1970s to the 1990s, but in the current period, especially since the events of 9/11, Muslim groups have faced additional significant setbacks.

What this reality does is to create the conditions for radicalization and Islamophobia, fueled by external foreign policy endeavors in the Muslim world, which create consternation and identity conflicts among an array of marginalized groups, including the former majority indigenous working classes.

This TEDx talk illustrates the nature of the concerns in the current period that are a function of history, politics, religion and contemporary culture in societies facing all sorts of ongoing divisions and polarities, with globalization and neoliberalism acting as overarching frameworks, further encumbering the potential for positive ethnic and cultural relations in an otherwise complex and fraught social world. 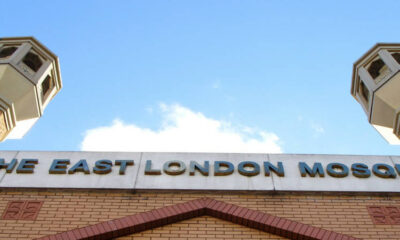