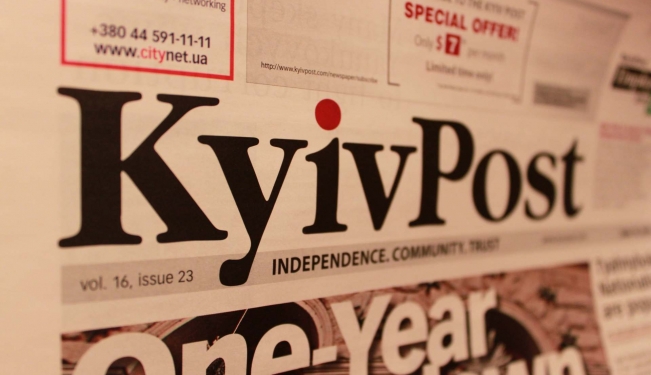 Pauline Tillmann writes that Ukraine is seeing a curtailment of press freedom under President Yanukovych and it is important for journalists to fight back.

Since February 2010, when President Viktor Yanukovych came to power, freedom of the press in Ukraine has declined dramatically. In a recent ranking by “Reporters Without Borders” the country is now a lowly 131 – below strife torn Iraq.

According to freelance journalist, Dar’ya Gorova, “the main problem is problem is self-censorship, of course”. He worked for both newspapers and television in the past and is frustrated by the situation. “I love being a journalist, going to press conferences and talking to various people but salaries in Ukraine are now so low that I can’t stand it anymore.” Newspaper journalists earn no more than 300 Euros in Kyiv while the cost of living is rising every year. Another problem is that almost all of the media market is owned by Ukrainian oligarchs; people like Victor Pinchuk, Rinat Achmetow, Victor Medvedchuk and Grigorij Surkis. Dar’ya Gorova personally experienced the closing down of two editorial departments.

Too many journalists are afraid of losing their job if they write too critically. Intimidation is rampant and a part of the system. The most popular methods used by the government include instituting insult proceedings or monetary fine proceedings and initiating search by tax police. “Reporters without Borders”, a non-profit organization that defends press freedom, recently identified in a report that Yanukovych’s government has tightened its control over the press with restrictive laws, executive orders, censorship measures, limiting access to information and downright intimidation.

Natalia Ligochova runs the website www.telekritika.uaand a media monitoring group in Ukraine. She observes that, while journalists are not left half dead or even murdered as in the neighboring countries, Russia and Belarus, the situation is getting increasingly serious. She and her team were recently awarded the “Free Press in Eastern Europe” prize by the German ZEIT Foundation and the Finish Institusjonen Fritt Ord. The jury explained the reason why it gave the award in the following words: “Telekritika publishes balanced and independent reports about the situation and the trends in Ukraine. The website is important for Ukrainian media because of its role as watchdog.” Telekritika employs 25 people, was established in 2001 and is mainly financed by donations. The website gets 15,000 to 20,000 unique visits per day.

“During the period of Viktor Yushchenko the media was more independent of political influence. There were several power centers within the government that were always in conflict, so the media highlighted different positions. Now we have the problem that most TV channels are focused on the party of government led by Viktor Yanukovych. And reporting is not balanced – members of the government are good guys and members of the opposition are bad guys.”

A recent survey shows that 86 per cent of political reports on television are about the government and only 14 per cent about opposition. Self-censorship reached a highpoint in the Ukrainian English newspaper “Kyiv Post” in April 2011. Editor-in-Chief, Brian Bonner, was fired by the owner because he refused to withdraw a critical interview with the Minister for Agriculture. For the first time in Ukrainian history an editorial department went on strike. Deputy Editor-in-Chief, Katya Gorchinskaya remarked, “We recognize the right of the publisher to appoint the editor in chief and also to dismiss him. On the other side we cannot accept how and why he has made this. The resistance against censorship is not a good reason to be fired. Nobody has ever interfered like this at the Kyiv Post before.” Katya Gorchinskaya and her colleague James Marson encouraged the 30 people staff not to give in and to accept a shabby compromise. While striking she said: “I have a lot of mixed feelings. On the on hand I am (a) single mother with two kids and I need the job. On the other hand I can’t accept that the owner says: You can talk to this minister but not to that. You can ask him these questions but not these. That interferes (with the) freedom of the press.”

After articles at the Financial Times and Reuters, Pakistani owner Mohammad Zahoor said the whole conflict was a big misunderstanding. He employed Brian Bonner again and offered the striking journalists the opportunity of a management buyout until September 2011. Reporters Without Borders said: “This U-turn has shown that, although the authorities and media owners in Ukraine have been trying to control editorial content for more than a year, they can be made to back down when journalists and public opinion are mobilized. This is a great victory for the Kyiv Post’s staff and an encouragement to all those fighting for media freedom in Ukraine.” A management buyout might only be possible by the help of foundations, mainly from the United States, or donations. Perhaps a new ownership structure with journalists becoming proprietors and orchestrating management buyouts is the way forward to guarantee freedom of the press in the future.

Interview about investigative research in Ukraine

From 13th till 16th October 2011 the 7th “Global Investigative Journalism Conference” will take place in Ukraine’s capital Kiev. The main target of the conference is the  exchange of experiences in data journalism and also corruption reporting. During the conference the "Global Shining Light Award" will be awarded to a journalist for investigations made under difficult conditions. Proposals can be submitted up to 15th July at: http://i-scoop.org/index.php?id=371. Our reporter Pauline Tillmann talked to chief organizer Oleg Khomenok. He explains why there is no tradition for investigative research in Ukraine, what role it plays for an efficient democracy and how far the preparations for the conference in October are. More information about “Global Investigative Journalism Conference” can be found at: http://gijc2011.org/.