Imagine it’s 1979. Britain’s national game, football, is still anchored to its working-class roots. The tribal violence known as hooliganism surfaces at practically every game, and the stadiums are often dilapidated monuments of the previous century.

A handful of black players are breaking through at a number of clubs in the Midlands, the Northeast and London. The 90-minutes of play is, for them, like a trip to hell: The unsavory taunting, banana pelting and racist epithets are relentless. Every game.

Black players, who were schooled in Britain and grew up alongside white children, find themselves interned in a world where they are not just unwelcome, but despised. Britain has legislation to outlaw what was then called racial discrimination, but it can do nothing to change the animosity of football fans, much of it stirred up by neo-Nazi movements.

Football authorities show no urgency. The prevailing feeling is that the fans’ rage will subside — and it does. As more black British players rise to the top, they are complemented by generously gifted black players from overseas. It becomes absurd to mock players who are among the best in the world and contribute to what is becoming an entertainment rather than just a game. England’s Premier League will soon become the envy of the world.

The Gravity of Racism

Eastern Europe appears to be where Britain was 40 years ago. Football fans rarely miss an opportunity to vent their hate and intimidate black players. The exact ethnicity of the players is irrelevant to xenophobes — as long as they are not evidently white, they are targets.

In a sense, the first evidence of racism in football is intelligible. The sport developed in England: It was designed by white men, intended as a white man’s game and governed by organizations full of men with working-class roots. The fans reflected this, and the appearance of black players alarmed them. They regarded black players as contaminants (I choose the word carefully, having conducted research in the early 1980s). White fans sensed their game — and, even today, they feel proprietorial about their clubs — was being polluted.

The racist elements in British football became less and less visible, though probably never truly vanished. The 1991 Football (Offences) Act made racist chanting at football matches unlawful. But even today, odious messages on social media are reminders of that remnant racism.

Earlier this week, a game in Sofia between the national teams of Bulgaria and England was interrupted twice because of racist chanting and Nazi gestures in the crowd. The Vasil Levski National Stadium was already partially closed as punishment for previous displays of racist hate. Further punishment will no doubt follow. It will be just as ineffective.

East European societies appear to have little conception of the gravity of racism. Unlike Western Europe, they have no history of migration in the post-World War II period, nor of the bigotry that typically accompanies the arrival of conspicuously different strangers who become at first neighbors and workmates and, later, when unemployment arrives, competitors and enemies.

They have no knowledge of “race riots,” some precipitated by angry whites, other by rebellious blacks. No experience of pursuing multiracial and then multicultural education policies, equal opportunities in employment and, more recently, cultural diversity. For Eastern European fans they are not just immaterial, but inconceivable. All they see are players on the opposing team, who are visibly different looking and accordingly fair game — targets. If this sounds like an overly sympathetic approach, it’s based on the view that, without an understanding of the causes of racism, we can’t even manage it, let alone banish it.

I don’t think football can rid itself of racism, at least not in the short term. Football is the most popular, most culturally diverse and ethnically mixed sport in history, so the paradoxical persistence of racism is an acute embarrassment to fans, governors, players and every group affiliated. No other sport has been so bedeviled by racism.

In the UK in the 1980s, apologists would weakly argue football’s racism is a reflection of society; and, in a perverse way, it was. Perhaps the kind of episodes we’ve witnessed in Russia, Ukraine and Bulgaria, among others, mirror a more general condition.

Football’s governing organization in Europe, UEFA, dares not tolerate it. But, in a way, it’s doing exactly that. The repertoire of penalties, as the Bulgaria match illustrated, is worthless. UEFA has one weapon available that would probably extirpate racism, not from society, but from football: expel nations from competition.

There is precedence: In 1985, English clubs were suspended indefinitely by UEFA from European competition. The ban was eventually lifted in 1990-91. The reason for the ban was violence rather than racism and, even after five or six years, the return to competition was not totally peaceful. Violence gradually returned. But it was a sanction that, at least, had purpose.

Were UEFA to consider such draconian measures, it might be pressured to extend the punishment to clubs involved in Europe. The clubs wouldn’t appreciate the idea of taking responsibility for their own fans, of course. And were UEFA to ban one or more of the marquee names in football, then the lucrative broadcasting and sponsorship contracts that are now the lifeblood of the sport would be subject to scrutiny. The Champions’ League minus glamorous clubs may be less valuable to commercial organizations.

Could sponsors exert independent influence on football? Chevrolet, for example, has a £450-million contract with Manchester United. The carmaker is owned by General Motors (GM), a corporation with headquarters in Detroit, Michigan, where African Americans make up nearly 80% of the city’s population. It’s worth wondering what might happen if GM pressed Manchester United to develop some initiatives to ensure racism of any kind is obliterated from its sphere of influence. If other club sponsors around the world followed the example, who knows where it might lead the sport?

Football has been tortured by racism for four decades and, after this week, must recognize that the sport has failed to deliver what is after all the most basic requirement — a fair and healthy environment where all competitors start as equals.

*[Ellis Cashmore is the co-editor, with Kevin Dixon, of Studying Football.] 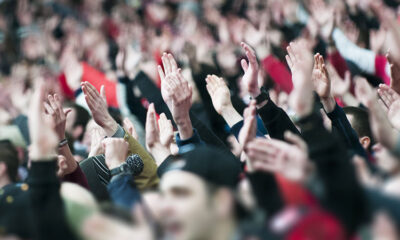 The Relationship Between Football and Populism 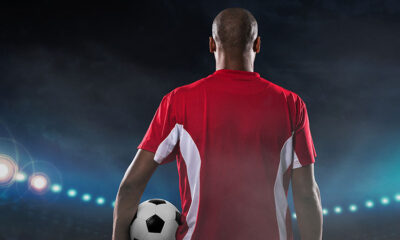