The next steps by the likes of China and Russia toward segmentation of the internet, and the way private companies respond, will make or break the World Wide Web.

On February 12, the Russian State Duma passed a bill to create a “sovereign” internet, demanding independence from global servers and the creation of a localized network. The law, which was signed by President Vladimir Putin in May and due to take effect in November and informed by the Chinese Great Firewall, is the Kremlin’s most recent step in a slew of online censorship, data localization and internet surveillance measures. As of this week, the international dating app Tinder, became the latest addition to the list of companies required to share their Russian users’ data with the Kremlin’s Federal Security Service.

Why is Russia so eager to control its internet? Since the 1990s, American academics have claimed good governance — adherence to international law, economic interdependence, etc. — increases as traditional sovereignty decreases. As Sunoo Park, a researcher at Harvard’s Berkman Klein Center for Internet & Society, argued, “the exercise of a state’s authority over itself is now much more susceptible to external influences.”

With greater coordination between governments and private tech companies, passing sovereignty bills will become easier and, ultimately, the global internet may be at risk of being segmented into disparate sections. Looking to replicate Chinese influence, cyber superpowers could attempt to cordon off “their” segments of the internet, restricting citizens and businesses from accessing information.

Multinational companies are now devouring their own competitive advantages by undermining international product standards through the sale of partially censored software to a range of countries. Over the next 10 years, businesses face a dilemma: fight to retain a global exchange of information or attempt to fit into cyber superpowers’ new restrictive norms.

The Kremlin wants to invest almost $50 billion, or 17% of Russia’s annual federal budget, to create a sovereign internet over the next five years. With $20.8 billion specifically devoted to “equipment to ensure the safety of the Russian segment of the internet,” Russians doubt their government has either the money or the technology that China has invested in internet control. But Russian businesses are concerned they may have to underwrite several billion dollars of these costs, while the bill itself restricts foreign investment and halts the digitalization of the Russian economy.

Authoritarian states see adherence to international internet norms as a threat to their domestic and regional power. For example, China has attempted to solve this problem by reducing its dependence on foreign technology while enforcing new cybercrime laws that indiscriminately target businesses that resist the state’s vision of a sovereign internet.

China has also taken the lead in co-opting businesses for internet sovereignty. Zhuang Rongwen, chief of the Cyberspace Administration of China, published an essay in September 2018, in which he vigorously promoted both Chinese cyber sovereignty and internet “openness.” However, this openness means greater ability by the Chinese government to propagate its ideology globally, not greater access to foreign information and markets for businesses.

According to Freedom House’s latest Freedom on the Net report, at least 36 countries have received private Chinese trainings on “cyberspace management,” a term China often uses to signify its promotion of greater restrictions on access to the global internet. In the past few years, China has effectively used international groups such as the Shanghai Cooperation Association and the BRICS summits to promote its ideology of internet segmentation to countries like Russia, China, India, Pakistan, Brazil and South Africa.

Citizens in democracies have confronted government-sponsored monitoring and data collection. In 2016, Narendra Modi’s administration began to share India’s Aadhaar biometric data program with companies. While a massive data breach prompted significant backlash and a court ruling against sharing citizens’ data, the Indian government issued a statement arguing that personal liberty was not a right, but subject to “constitutional” restrictions.

In Russia, lawmakers are now preparing an amendment to the internet sovereignty law that would require all encrypted services to be government-approved. Services that use data encryption, such as the messaging app Telegram and WhatsApp, have been threatened with a blanket ban if they continue to use foreign channels to bypass the Russian government’s “deep packet inspection.” After resistance to Kremlin demands regarding housing hundreds of thousands of users’ personal information on “local” Russian servers, the Kremlin banned the professional network LinkedIn in 2017. In the meantime, other multinationals, including Microsoft, caved to pressure.

Segmentation hinders innovation, and Beijing’s tight controls have already put its live-streaming services far behind those in other countries. To avoid cost burdens and barriers to technological progress, multinational companies should create a coalition to preserve the global information flow and apply economic pressure on governments seeking to further segment the internet. Since 2015, the battle to preserve net neutrality has turned out a global coalition of 600 businesses, which garnered bipartisan support in the US and resulted in additional Canadian neutrality regulations.

Without continued pressure from a similar bloc, cyber superpowers will take steps not only to co-opt business, but also the transnational organizations that preserve the internet’s global nature. The Internet Corporation for Assigned Names and Numbers (ICANN), the California-based transnational body that gives out domain names, has suffered heavily from denial of service attacks and hacks. If Russia or China gain control over ICANN, they could take down .cn or .ru sites without cumbersome website blocking or internet blackouts.

Russian lawmakers maintain that, with the new sovereignty law, the Russian internet will remain open while becoming safer. Instead, the internet, which was conceived as a means to surpass borders, is becoming the battleground for domestic and regional control as cyber superpowers set global trends toward segmentation. The next steps by authoritarian regimes toward segmentation and the way private companies respond will make or break the World Wide Web. 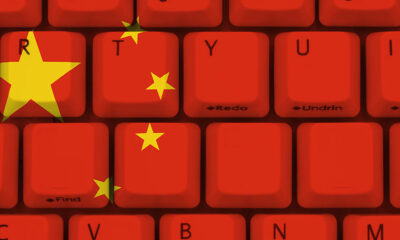 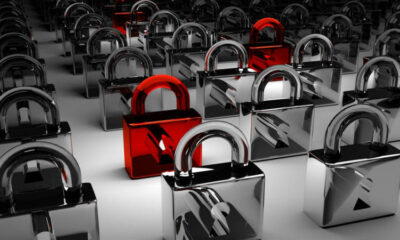