It is difficult to put a finger on the exact time when Vladimir Putin began to feel an inextricable connection to Russia’s historic destiny. Calling on Tsarist thinkers like Nilokai Berdyayev or Pyotr Stolypin, the president’s vision is of a new Golden Age, a strong, moralist nation — unsubdued and unique. Vladimir Zhirinovsky, the court jester and leader of LDPR party, has recently suggested – not wholly unfittingly – that Putin take on the title of emperor and adopt the old “God Save the Tsar” national anthem.

Whether the president has intelligently tapped into the nation’s pulse, or the social mood has been finely conditioned by the ubiquitous state propaganda, the fact that a resurgent Russian nationalism is on the rise is a given. It is, however, taking on entrenched Soviet undertones, revealing a dearth of imaginative, progressive thinking in the collective unconsciousness.

What Else Can We Ban?

If you type in the Russian word for “ban” into Google, the list of suggestions reveals the retrograde trend of social conservatism: lace underwear, swear words and foreign travel. According to former Duma Deputy Vladimir Ryzhkov, the number of government personnel now prohibited from leaving Russia makes up almost 5% of the population – a figure unprecedented since the Soviet times, when leaving the USSR was a Herculean task.

Continued tightening of Internet controls, a revival of attempts to ban international Skype calls, and the July law that prohibits advertising on commercial television are all equally unsettling. Human Rights Watch (HRW) called for the advertising bill, which affects around 40% of Russian channels, to be repealed as contradicting the European Convention on Human Rights and crippling to independent media outlets.

It is interesting the bill has passed nearly a hundred years after the Bolshevik government banned all ads other than those for state publications in 1917, in an attempt to consolidate profits. If history is anything to learn from, the next steps in 1918 included “press tribunals” and the nationalization of the paper industry and printing presses. Putin publicly suggesting the Internet is a CIA project puts a 21st century twist on this line of thinking.

The Ministry of Culture is developing a program entitled, Foundations of State Cultural Policy, the draft of which includes phrases like rejecting “liberal Western” points of view, “Russia is not Europe,” “unified cultural civilizational code” and “spiritual-cultural matrix.”

On September 27, the Duma passed a law that limits foreign ownership of the media from the current 50% to 20%. Objectively speaking, this is not an unprecedented measure, as similar restrictions exist the world over, with the US and France setting the threshold for licensing at 20% foreign ownership as well. What is markedly different is that the author of the bill cites Cold War conditions and information warfare against Russia as reasons behind this legislation. As Viktor Shkulev, head of Hearst Shkulev Media, suggests, foreign publishers will most likely be forced to hand over their projects to a “small circle of trusted individuals” close to the Kremlin. With Putin’s partner and widely-rumored new wife, Albina Kabayeva, recently appointed chair of National Media Group, which is owned by a friend of the president who holds 25% of Channel One, this monopolization of Russia’s media is reaching a point Rupert Murdoch could only dream of.

Yet with some 90% of publications on the Russian market being non-political, life style glossies, what does this law imply for the general public? It is difficult not to think back to when publications such as Работница (Worker) and Крестьянка (Peasant) crowded the kiosks, with literary journals like Новый Мир (New World) offering an occasional respite, along with samizdat copies of forbidden volumes, prompting writer Mikhail Bulgakov to quip, “Do not read Soviet papers before dinner,” for fear of indigestion.

This is not to suggest Russia is on the way to cultural oblivion. In the age of technology, the days of collecting piles of recycling in order to exchange them for a book, or smuggling VHS tapes with American films into the country will not be repeated. But with the more than 40% increase in funding of the dogmatic Russia Today, which will now include a French and German service, with a continued hounding of independent outlets such as Дождь (TV Rain), which have been forced to reinvent funding strategies in order to survive, the government’s message is in danger of becoming not only dominant, but exclusive.

The Ministry of Culture is developing a program entitled, Foundations of State Cultural Policy, the draft of which includes phrases like rejecting “liberal Western” points of view, “Russia is not Europe,” “unified cultural civilizational code” and “spiritual-cultural matrix.” In 2013, Putin ordered a single history textbook to be drafted, to avoid “internal contradictions and double meaning” — and asking to add a chapter on the role of Crimea and Sevastopol to it earlier this year. The Ministry of Education has rejected a single textbook approach, stating instead that a number of books will be drafted according to a “single historical-cultural standard.” George Orwell must be laughing in his grave.

It is the attitude of defiance — the desire to stick it to the West among a large proportion of the Russian population, as demonstrated by sending €200 million-worth of Parmesan back to Italy.

Phrases such as “traitor,” “unpatriotic” and “immoral” have been making a reappearance in the cultural lexicon, with critics denouncing anything from modernist theater productions to those who oppose the war in Ukraine. Short of the Stalinist “enemy of the people” label, public smear campaigns have become popular again, directed against both historical figures such as Soviet dissident Aleksandr Solzhenitsyn (yes, again) or the rock-legend Andrei Makarevich. The pro-Kremlin Kultura magazine is at the forefront of this development, bringing back jaded memories when writers such as Nobel Prize-winner Boris Pasternak or composer Dmitry Shostokovich were leveled with swine.

This is the environment that gives ideas to popular film directors to call for a ban on US movies in response to recent sanctions — pushing instead for films from Korea, Iran and Europe. A quota of 34 foreign films per year exists in China, along with a host of tactics to suppress freedom of speech that the Russian government can be envious of. Luckily, the Ministry of Culture stated that sanctions are an atavistic measure and rejected the initiative. But proposals such as these are becoming increasingly frequent, and it might only be a matter of time until one of them makes it through the legislature.

The ban on food imports from the US and the European Union serves as a good example. What is interesting is not the weighing of its benefits for Russia, such as the hopes of increasing local production. After all, in a country with one the world’s highest proportion of arable land per capita that imports almost 40% of its supplies, this can hardly be a bad thing. It is the attitude of defiance — the desire to stick it to the West among a large proportion of the Russian population, as demonstrated by sending €200 million-worth of Parmesan back to Italy. “I don’t care about the ban,” someone said to me. “I’m not scared. We lived through World War II, we will live through this.” I don’t doubt that for a second. What bothers me is the question: Why?

It is with sadness that I notice the reaction to my being Russian that has developed in the past year: A friendly interest has been replaced by caution, with probing questions on what you think about Putin and the situation in the Ukraine. It is with dejection that I realize many masterpieces of modern art, including Matthew Bourne’s all-male Swan Lake, would never be welcome in Russia because they might violate the absurd homosexuality propaganda law, or what the Council of Federation refers to as “true universal values.” It is with dismay that I watch ignorance and hate proliferate public discourse, with common sense and compassion being drowned out by brute force.

In 1937, the satirical magazine Krokodil published this sentence: “How good it is today, living in a country of prosperity, to recall amusing stories from the past.” Oh, the irony. 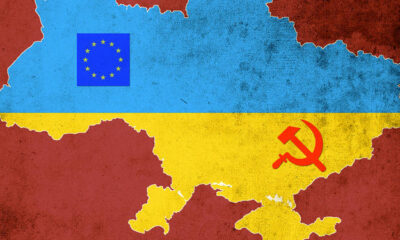 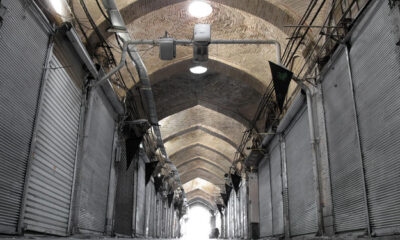