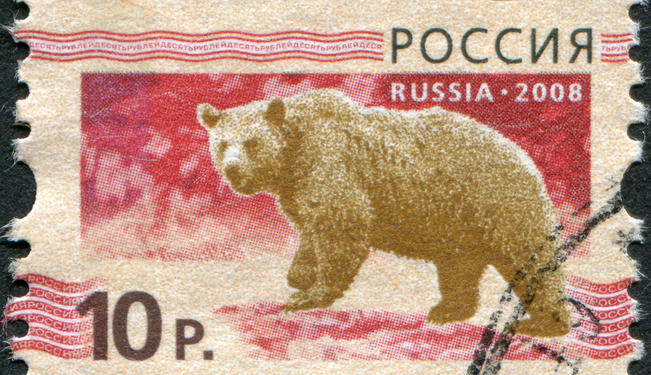 A new study entitled "What Russians Dream About" found that only 19% wish for a regime change. Vladimir Ryzhkov wonders how long this complacency will last, in view of deteriorating living standards, particularly among the working classes.

The latest in-depth research into modern Russian society was conducted by the Russian Academy of Science's Sociology Institute in cooperation with the Friedrich Ebert Foundation of the Social Democratic Party of Germany. This time, the sociologists decided to examine Russian society through the lens of its collective dreams, and the report is aptly named: "What Russians Dream About." The findings are based on a national representative survey conducted last spring.

The report describes Russians' dreams of the future for themselves, their families and their country. Respondents listed three main personal dreams: to live comfortably, to be healthy and to live in a fair, well-ordered and stable society. The last point, supported by 30 percent of respondents, is especially surprising and indicates a widespread desire for a law-abiding and efficient state that works for the interests of the people.

Sociologists also asked respondents which classic fairy tale best exemplified their dreams. Forty percent of those surveyed — and 60 percent of women — chose Cinderella because of her miraculous transformation from a poor maiden into a princess. This coincides with the dream of Russian women to achieve happiness through humility and a good dose of good luck.

It was no surprise that Russian men preferred the Yemelya fairy tale in which the main hero catches a pike through a hole in the ice and the fish promises to grant his wishes. Thus, Russian men also prefer the notion that good luck will be their saving grace. (Hard, honest work seems to play a less important role.)

Interestingly, respondents had difficulty pin-pointing a single "golden age" in Russia's history. Only one in 10 respondents agreed that tsarist Russia represents the ideal. Just 5 percent would like to return to the early Bolshevik period under Vladimir Lenin's rule. The period of stagnation under Soviet leader Leonid Brezhnev is less appealing than ever now, with only 14 percent of respondents wanting a return to those times. The period of perestroika under Soviet leader Mikhail Gorbachev and the 1990s under President Boris Yeltsin garnered just 4 percent and 2 percent, respectively. The most attractive era is the present one, led by President Vladimir Putin — the choice of 33 percent of those surveyed. At the same time, however, another 32 percent considered all of these options undesirable.

Respondents rejected both the U.S. system and the liberal European model as the ideal organizational forms for society and state, giving first place to "social justice, equal rights for all and a strong state that takes care of all its citizens." That ideal of a strong, law-based, socially oriented state most closely resembles the semi-authoritarian European monarchies of the late 19th century — primarily that of Imperial Germany and of Chancellor Otto von Bismarck. An overwhelming majority — 71 percent — of Russians support a larger state role in the economy and social sphere, including the nationalization of major enterprises and sectors of strategic importance. The demand for both social and legal justice is the main unifying value or ideal in Russia. Moreover, 57 percent support a "strong leftist state" in which the government plays a greater role in all areas and is responsible for nationalization, planning and distribution, with only specific features of a market economy included.

Thus, it appears that Putin's concepts of a power vertical and state capitalism are a lot closer to the majority's notion of an effective state than Prime Minister Dmitry Medvedev's concept of open government.

The study also confirms that the Russian understanding of freedom differs fundamentally from others. The average Westerner considers freedom to mean the ability to exercise a wide range of rights and freedoms within the rational and reasonable confines of a law-based society. For Russians, it means an opportunity to "do whatever I want."

And finally, about 28 percent of Russians are liberals in the broad sense of the term, and not a single segment of the population is dominated by supporters of the Western political and socio-­economic model. Sociologists point to this as evidence of the deep difference between Russian and Western societies.

Only 19 percent of Russians would like a regime change. At the same time, the profile of this group differs significantly from what the Kremlin has stereotyped as a "creative class" of spoiled office workers who have turned out in large numbers in Moscow protests. Contrary to common belief, blue-collar factory workers make up a near majority — 46 percent — among this group of people who are most dissatisfied with the Putin regime. At the same time, however, most members of this group are from Moscow, St. Petersburg, the Moscow region and other major cities. They are most upset by the pervasive inequality and injustice, official abuses and corruption and the inability of ordinary citizens to realize their potential in Putin's stifling system.

Another important observation is that the number of disgruntled citizens is becoming more radicalized. More than half are ready to participate in strikes and protests, even if it leads to greater political instability. In particular, 64 percent of this group believe that every citizen has the right to fight for his rights through street rallies and strikes, and 67 percent believe that democracy is impossible without an active opposition movement and their representatives in government. As the number of unresolved critical problems in Russia continues to grow, so, too, does the number, activity and radicalism of discontented voters.

In the end, the general outline of the future for which most Russians dream is one marked by the idea of social rights taking priority over political privileges, a strong sense of justice, commitment to social equality and an understanding of freedom as the expression of freewill.

The question, of course, is how Russia can achieve these laudable goals. While at first glance 19 percent may seem like a small figure for the percentage of Russians who currently support a regime change, my prediction is that this percentage will increase at a sharp rate every year that Putin remains in power — especially among the large working class in the regions, Putin's traditional electorate. This is inevitable as people's standard of living continues to decline and more people become disillusioned and disappointed with Putin's empty propaganda and his fundamentally flawed political and economic models for stability and growth.

*[This article was originally published by The Moscow Times on January 29, 2013]