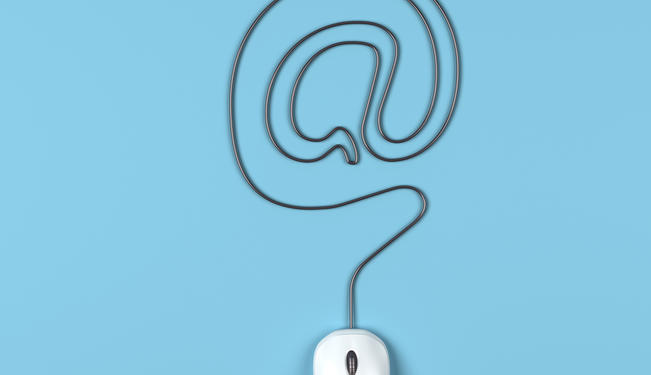 As the Russian Internet is actively moving from the periphery to the avant-garde of socio-political life, the government brands it “the main threat to the wellbeing and stability” of Russia.

Analysts from the human rights group Agora have released a new report about Internet freedom in Russia. The full text of the document can be found on the site eLiberator. According to the head of Agora, Pavel Chichikov (who also curates the topic of internet freedom in the Presidential Council on Human Rights), the project was designed to monitor violations by the government and consult Internet users and sources.

The number of Internet freedom violations is growing geometrically. If around a 100 such incidents took place in 2008, there were 500 in 2011 and more than a thousand in 2012. eLiberator is planning to launch an interactive map to track these violations. Lenta.ru (one of Russia’s most successful online news sites) supports Agora in this project.

The report shows that 2012 was a turning point for the Russian Internet (Runet). In one year, its audience grew by more than six million active users, nearing 47m. The main source of newcomers is from small cities and elderly people. The number of domain names registered has increased by 500,000 since 2011 and by December 2012 more than five million were registered. The daily traffic of Yandex (Russia’s biggest search engine) exceeded that of state TV’s Channel One for the first time.

Also, Internet providers started to insist that monitoring organisations observe the law. For instance, Novotelekom refused to block its users from accessing the controversial “Innocence of Muslims” film, awaiting the verdict from the court while it is assessing its extremist message. The authors of the report observe that a Russian court, during an informational debate last year, has referred for the first time to the Joint Declaration on Freedom of Expression and the Internet, ratified by the United Nations, Organization for Security and Co-operation in Europe (OSCE) and the Organization of American States (OAS).

The past year also saw an increase in demand in server equipment abroad, meaning that internet-resource owners are moving into foreign jurisdictions. At the same time, in 2012 the migration of Internet activists abroad became a mass phenomenon. Fearing persecution, Maksim Efimov, a blogger from Korelia critical of the Russian Orthodox Church, as well as Jenny Kurpen and Mihail Maglov have left Russia.

The authors of the report claim that this is a direct result of the increase of government pressure on the Internet. Kurpen and Maglov have sought political asylum in the Ukraine, first of all, fearing persecution in connection with the anti-government protests, not out of conflict with officials on the web. Pavel Chichikov, in conversation with Lenta.ru, explained that Kurpen and Maglov were present on Bolotnaya Square (the epicenter of protests) on May 6, 2012 in their role as Internet activists, and reported on the events as such.

In 2012, the number of cases when Internet users were charged with criminal offenses became more common, as well as the number of instances when sites were blocked and administrative pressure increased. “The representatives of the media community, well known both online and offline, such as Alexei Navalny and Rustem Adagamov, as well as regular users and activists have become victims of harassment” the report concludes.

The number of criminal cases on the basis of internet activity increased by almost a third over the course of the year, from 38 in 2011, to 103 in 2012. Almost half of these cases include users of the popular site V Kontakte (In Contact, a Russian social networking site), and the main charges include incitement to hatred (Article 282) and incitement to extremist activity (Article 280). The only social networking site whose users have been spared criminal persecution in 2012 was Facebook.

Administrative pressure on Internet sources has also increased; the prosecutor’s office issued 208 warnings in 2012, compared with 173 the previous year. For example, an article about drug abuse on the Russia Reporter site was removed as it was deemed to violate the mass media laws.

The most forceful action was taken in blocking internet sites: some 608 known court decisions and provider initiatives have been registered, compared to a third of that in 2011. This means that every day at least three pages are blocked. Three times the number of sites (1206) were entered into the Registry of forbidden sites. Consequently, a part of these resources may have been unblocked. The researches found 124 instances of Internet censorship, such as court decisions on what constitutes extremist messages, demands to remove user comments and similar violations.

Cyber attacks on Internet sources are also included in the list of violations. 2012 saw 47 such attacks, compared with 31 in 2011. Moreover, the single computer network (botnet) comprised of 133,000 machines, launched attacks on four electronic media outlets for the first time – Novaya Gazeta (Russia’s leading investigative publication), Echo Moscow (an opposition radio station), Slon.ru and TV Rain (all independent media). These attacks took place on June 12, during the “March of Millions” organized by the opposition. The authors of the report are convinced that these and other attacks were instigated by the government in order to limit people’s access to socially relevant information.

There are also positive elements in Agora’s statistics: there is an absence of murders of Internet users and a fall by a third in the number of cases of violence used against Internet activists (from 10 in 2011, to three in 2012). At the same time, the human rights group reminds of the unsolved cases of past murders. The only case of its kind to make it to court is the murder of Magomed Yevloev, the owner of the site Ingushetia.Ru (highly critical of the Ingush government, Yevloyev was shot and killed in police custody in 2008). Neither friends nor family are happy with the result of the investigation and its conclusions that the death was a result of an accident. For two years the brutal beating of journalist and blogger Oleg Kashinremains unsolved.

In 2012, the government announced for the first time that the Internet is considered as “the main threat to the wellbeing and stability” of the country. “Regulation of Internet interactions has for the first time become a relevant preoccupation of the judicial practice and determine the agenda” the report says. The result of this judicial practice is a number of laws that make life harder for Internet users and source owners. Among others, amendments to the advertising law that prohibit advertising alcohol on the Internet, which affects independent sites whose main source of income is ad space. July 28 saw a return of the libel article to the Criminal Code, that is interpreted by many journalists as an instrument to fight freedom of speech. Moreover, the Duma is debating introducing criminal persecution for offending the feelings of the faithful. The Liberal Democratic Party of Russia (LDPR) suggested passport registration on social networking sites.

The Duma has passed the law to “protect children against harmful information” (the law on “blacklisted sites”) and the United Russia deputies put forward a motion to prohibit various tools that circumvent Internet blocks. The blockade that followed the passing of the blacklist law saw the blocking of popular outlets such as Lurkmore, RuTracker.org and Lib.rus.ec and caused a wave of protest among internet users yet none of the owners of these sites appealed the decision, deciding in favour of removing offensive content.

In 2013 the trend of curbs on Internet freedom in the Russian internet remains consistent, and criminal and administrative cases in connection with Internet activity will for the first time set the agenda in the spheres of human rights, Agora predicts. The debate of the Internet law is set for spring, which may include the ban on anonymizers, experts believe. This will become the new battleground for a free Internet. But there is no one to fight this battle – there is not a single organisation that represents the Internet community in Russia. This is a result that currently all organisations of this sort are currently directly and indirectly dependent to the government.

Aside from that, 2013 will most likely see the continuation of the struggle for the passing on international measures on “internet sovereignty”. Russia tried getting these passed both in 2011 and 2012 both at the UN and at the International Telecommunications Union (ITU) conference in Dubai, but failed. However, this will hardly deter the Russian government, which is interested in these laws being passed much more than China, which supported the initiative in Dubai. China solved its internal Internet problems with the help of the “Great Chinese firewall” and the Russian government needs international justification for the increased pressure on Internet users within its domain.

This increased pressure on the Internet is a “result of the Russian positioning itself as a leader of the conservative camp in the international arena”. This goal makes Russia a global threat to the entire Internet community, the experts conclude.

*[This article was originally published by Lenta.ru, and was translated from Russian to English by Anna Pivovarchuk.]