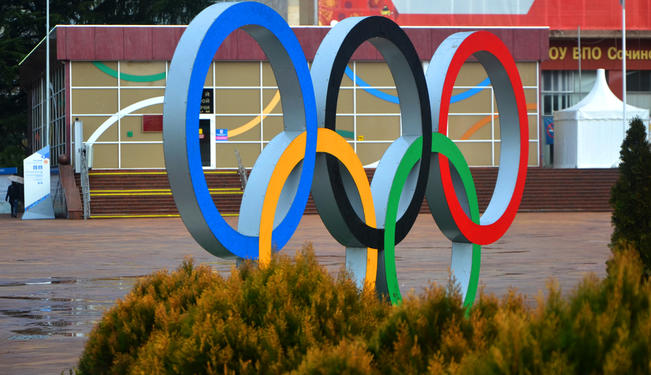 Several Russian journalists are trying to wake up the nation to the true cost of Sochi.

The start of the glamorous Olympic Games in Sochi, estimated to cost around $50 billion, brought Russia as a nation together. The majority of journalists expressed in unison their love for Russia with words of patriotism — long forgotten for some. The long-established slogan present in every post written by the opposition media, "It is time to emigrate," was replaced with a new one: "It is time to come back."

The opening ceremony itself was centered around a little girl’s dream of Russia. And once again, as if in a flashback to the 20th century, the whole country was immersed in the same collective, beautiful vision of Russia, motherland to Tchaikovsky and Malevich.

However, when the media was flooded with mostly positive reports and impressions from Sochi, many independent journalists like Arkady Babchenko and Dmitry Aleshkovsky refused to talk about it.

"It’s only a dream!" claimed the anti-Sochi reporters who refused to cover the opening ceremony. Some grabbed attention by posting graphic photos and reports about the poverty in Russian hospitals, ruins of Russian villages and the lack of children’s hospices, comparing Russia to the poorest countries of Africa.

They demanded to stay awake by showing the reality. Recently, a new and much-needed center for pediatric oncology opened in Moscow on the initiative of a well-known actress: Chulpan Khamatova.

She is said to have personally worked with President Vladimir Putin to try to influence his decision in favor of funding the hospital’s construction. Moreover, it is rumored that Khamatova made the difficult personal choice of campaigning for him against her political and moral views during the presidential elections to ensure the hospital was built.

The price of the hospital is said to be around $1.4 billion. This means the budget of the recent Olympics could be enough to construct dozens of such hospitals.

In an online discussion during a radio interview with controversial journalist Dmitry Olshansky, the listeners argued that the Olympic Games were more important than hospitals because they keep the spirit of Russia alive.

Olshansky responded, summing up the true slogan of the games: "To me, this is the saddest demagogue that can exist: Let’s not buy our granny her medicine, but instead buy her a bottle of champagne that will lift up her spirit."

The chief pediatric oncologist has publicly argued that the state of Russian medicine is so poor that Russian children with cancer — the majority of whom cannot obtain life-saving treatment in Russia — may not seek help abroad because so many patients need this treatment that it would embarrass the country.

At the end of the day, Russia is a country that must wake up from its glamorous Olympic dream.

Writer Linor Goralik summarized the reaction from the Russian media: "On behalf of the entire prison camp, please allow us to express our admiration for the master who created this unforgettable Fabergé egg out of our golden teeth."