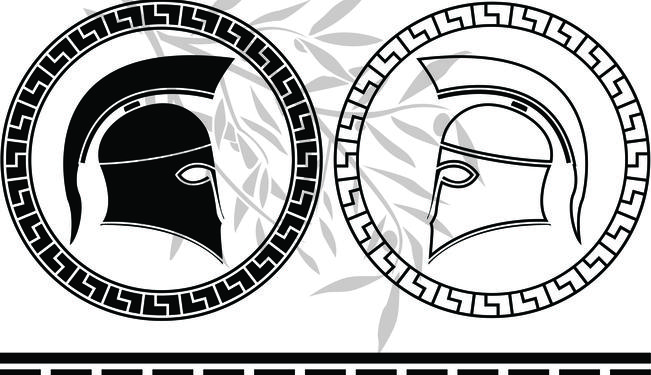 The political elites in Greece keep warning us of the danger of “populism”. But what we should bear in mind is that contrary to “populism”, neo-Nazism and right-wing extremist violence pose a real threat to democracy here and now.

Over the last couple of years, Greece has been at the center of European and world attention. Analysts and politicians in Europe, the US and elsewhere seem to perceive the Greek “debt crisis” as a potential threat to the global economy that could “infect” other countries or even trigger a domino effect with unpredictable social and political consequences. Up to this point, the extreme austerity measures that the Greek governments have imposed since the “bail-out” agreement in 2010 do not seem to be sufficient and the danger of a sovereign default and total collapse is still casting its shadow over the country (and, as a result, over the EU).

Democratic institutions, social welfare and civil rights have suffered serious damages and popular sovereignty was abrogated as the so called “troika”, consisting of the European Commission (EC), the European Central Bank (ECB) and the International Monetary Fund (IMF), took control over the policies that were implemented in the country. This anti-democratic turn was not left unanswered by the broad masses of Greek society, which were seriously hit by austerity politics and state brutality; through numerous national strikes, massive demonstrations, solidarity movements, and so on, the Greek people constantly sought to send out the message that they do not consent. Hence, after two and a half years of an unprecedented permanent “state of exception” in Greece’s post-authoritarian history (that is, after the military Junta 1967-1974), and with the Greek society looking like a cauldron ready to explode, the national elections came.

The first ballot was held on May 6th 2012 without resulting in the formation of a government and the second ballot was held in June 17th 2012, resulting this time in the formation of a coalition government consisting of three parties: the conservative center-right New Democracy (ND), the center-left Panhellenic Socialist Movement (PASOK) and the social-democratic Democratic Left (DIMAR). What unites these three parties is their pro-bailout and pro-austerity stance (which in the dominant discourse, in a distorting way is called “pro-European”) and their antithesis to any radical alternative to the institutional management of the ongoing crisis. To be sure, the two consecutive elections were a shock for the Greek political system and especially for the two formerly dominant political parties, ND and PASOK, which rotated in power for about forty years. With those parties virtually collapsing, the chances are that those elections marked the end of an era; the end of the Metapolitefsi period.

One of the most interesting features of the Greek elections was the emergence of what we could call the populist/anti-populist divide, mainly put forward by ND, PASOK and mainstream media. By dismissing any opposition or disagreement as “irresponsible populism” or “cheap demagogy”, the political elite attempted to impose a new ideological/political polarization, shifting the focus from political and economic discussion on possible alternatives to nothing more than a-political “necessity”: “What needs to be done, needs to be done without any regard for democratic legitimization, and no political discussion is needed; we just need the right tools and the expert knowledge to implement the right policies.” That was in a nutshell the elite’s rationale. In this context, “anti-populism” is just another feature of post-political governmentality in times of neoliberal hegemony and it reflects the main concern of the ruling classes to marginalize political disagreement and democratic dissensus; it paves the way for a democracy “after the demos”, as the French philosopher Jacques Rancière would say. Thus, every attempt for a re-politicization of society is easily stigmatized and dismissed as “populism”. And this is not a Greek peculiarity. Serge Halimi, the editorial director of the French Monde diplomatique, wrote about a year ago: “[a]nyone who criticizes the privileges of the oligarchy, the growing speculation of the leading classes, the gifts to the banks, market liberalization, cuts on wages under the pretext of competitiveness, is denounced as ‘populist’”. And, of course, Halimi was not the only one to criticize this post-democratic feature of the hegemonic neoliberal doxa. Intellectuals, social scientists and philosophers like J. Ranciere, E. Balibar, C. Crouch and C. Mouffe have often intervened in the past calling for a revitalization of democratic politics against the post-political zeitgeist.

But we haven’t referred yet to the “elephant in the room”, the supposed “populists” that the elites (inside and outside of Greece) were “opposing” in the Greek elections. According to Christine Lagarde, Evangelos Venizelos and Antonis Samaras, or even according to German newspapers like Bild and the Financial Times Deutschland, the epitome of “dangerous populism” and “demagogy” in Greece was SYRIZA; a radical left coalition (resembling in some ways the French “Front de gauche”) which constituted the main pillar of anti-austerity and anti-bailout opposition. Against the prevailing “anti-populist” hysteria, this radical left coalition managed to perform an amazing jump from 4.6% in 2009 to 16.78% in May 6th 2012 and finally to 26.89% in June 17th. It thus emerged as the true winner of the elections, even though it didn’t manage to seize power. Today SYRIZA appears as the only political formation with an upward dynamic and with the possibility of rising in power in the next elections, while the peculiar coalition government of ND, PASOK and DIMAR has already retreated from their pre-electoral promises of “renegotiating” the bailout agreement. They still intend to impose budget cuts and austerity measures along with massive privatization plans.

It is rather early to speak of a “victory of populism” in Greece,or the opposite. Making such claims wouldn’t really mean anything, since we would still have to make it clear which kind of populism we are speaking of, since populism per se is neither good nor bad. What we could speak of, though, is the return of politics, since it is the first time after many years in Greece that the opposition has a clearly different and even radically rival programme and ideology to the government’s. This paradoxical return of politics and political disagreement in the mainstream political arena isn’t without its side-effects. The most disturbing of them is the entry into the Greek parliament of the neo-Nazi extremist right party Golden Dawn with an unprecedented 7% of the vote. And while the mainstream media and the governing elites keep voicing their anger and indignation against anyone who disagrees with their already clearly ineffective austerity policies, labeling them as “populists”, “demagogues” or just “dangerous”, the neo-Nazis keep on building on popular resentment, frustration and anger to spread their xenophobic and racist ideas. Neoliberal consensus is dismissing any alternative and the extremists are presenting themselves as the only “real alternative” to a disintegrating political system. In this context, what we should always keep in mind is that contrary to “populism”, neo-Nazism and extremist violence pose a real threat to democracy.