The vacuum of leadership and the visible missteps throughout much of the Western world have turned developed nations into a fertile ground for what some people see as the resurgence of modern versions of fascism. Until the past few months, such a statement would have sounded provocative at best, delusional at worst. But the evidence confronts us every day and the most sober, level-headed among us cannot avoid the suspicion that, thanks to a raging and still mysterious pandemic, we are living on some kind of political brink that could end up with the overturning of the existing social order.

Katrin Bennhold, the Berlin bureau chief of The New York Times, reports on an event that, because it took place in Berlin, will fatally evoke ominous overtones for the average reader. The article bears the title, “Far Right Germans Try to Storm Reichstag as Virus Protests Escalate.”

At one point, Bennhold quotes an expert on far-right extremism, Matthias Quent, who offers his description of the motley crew participating in the event, which took place on August 29. “We have everything from Hare Krishna fans to Adolf Hitler fans on the streets. It’s a very disparate crowd but what unites people is an angry discontent with the establishment. It’s a mix of populist and egoist outrage,” he says.

With its title highlighting the dramatic action of the storming of the Reichstag, The New York Times may deliberately be making a mountain out of a molehill. It could be seen as a typical journalistic gambit of scaremongering to hook the reader, followed by more reassuring, level-headed analysis. The story contrasts, for example, with DW’s article on the same event that avoids pushing the idea of a neo-Nazi threat. Instead, it concentrates on the political and legal choices available to the immense majority of Germany’s people and its authorities seeking counter the attempts of the neo-Nazi right who are attempting to use the current health crisis to disrupt German politics.

Beyond the headline, once it gets into the body of the story, The Times article itself gives a reasonably objective account of the event and its possible consequences. The quote by Quent confirms that the discontent behind the demonstration had little to do with building a neo-Nazi political force. The “populist and egoist outrage,” he mentions, should be interpreted as an unfocused cry of despair of a mostly younger generation that reflects a vague sense of decline in the authority of institutions and an absence of a political vision for the future.

Quent offers a particularly reassuring take that contradicts the implicit evocation of a return of Nazi stormtroopers. “In Germany, like many other European countries, we see that far-right parties are losing ground, that there is growing trust in incumbent governments. In the short term the pandemic can’t be exploited by far-right parties.” That doesn’t mean the protesters believe that today’s political institutions are doing a great job and should be encouraged to continue on their merry way.

But Quent calls the outrage “egoist,” implying that it may simply be a symptom of the reigning individualism in contemporary German culture. The article also tells us that “Chancellor Angela Merkel’s government is enjoying high levels of trust and popularity, and the great majority of Germans approve of its virus control measures.” If all of that is true, the sensationalism associated with imagining a neo-Nazi resurgence begins to disappear.

Because this is The New York Times, we know that the article was written for Americans who are always eager to know which foreign threat they need to be afraid of. Bennhold accordingly gets Quent to admit that the fly is in the ointment and things could quite possibly flare up again. “If the economy deteriorates further and unemployment rises,” she quotes him as saying, “that equation may change. Already, the AfD and more extreme far-right groups are trying to capitalize on the discontent as they begin positioning themselves for what may be a much uglier political scene some months from now.”

Bennhold dutifully reminds us of this important point: “Even before the pandemic hit Germany, far-right extremism and far-right terrorism had been officially identified as the biggest danger to the country’s democracy.” She then offers several paragraphs of evidence that neo-Nazis have been infiltrating the police before concluding the article with a quote by Germany’s President Frank-Walter Steinmeier: “Far-right extremism has deep roots in our society. It is a serious danger.”

In other words, The Times is up to the task of making sure that Germany lives up to the disturbing image Americans have of it.

Among the reminders of recent history included in the article, Katrin Bennhold offers an update for those who are still trying to digest the scary events from five years ago when the crisis caused by massive refugee immigration mostly from the Middle East seriously destabilized Germany and much of Europe. That paranoia, itself a direct consequence of the disastrous American wars in the Middle East, very directly contributed to the success of the Brexit vote in 2016 that was largely motivated by fear of extra-European immigration.

Bennhold elaborates: “The migrant wave helped propel the AfD into Parliament in the last election, but the issue has lost much of its political potency, as the resettlement has been broadly deemed a success. And with its own lawmakers and voters deeply split over the country’s coronavirus measures, the party has seen its share of the vote dip below 10 percent in recent polls.”

Most Americans, including most readers of The New York Times, were probably not aware of the fact Bennhold dryly reports today that all’s well that ends well or, more specifically, “the resettlement has been broadly deemed a success.” In 2018, Bennhold herself wasn’t very sure. In an article she co-authored with Max Fisher, they asked at the time, “Has the German migrant fight been resolved?” And the curt answer they gave was simply, “Maybe, but probably not.”

This is the eternal problem with the news, even for a serious outlet like The New York Times. Crises sell in the sense of motivating the publication to write them up and spare no details in describing the extent of the damage as the crisis is unfolding. But when a crisis is resolved, totally or partially, unless it is the result of a sudden dramatic gesture, the news outlet will find other crises flaring up that are more urgent to cover. This is especially true when a policy devised to address a crisis is “deemed a success.” All journalists know that “deeming” is never newsworthy. Storming the Reichstag is. 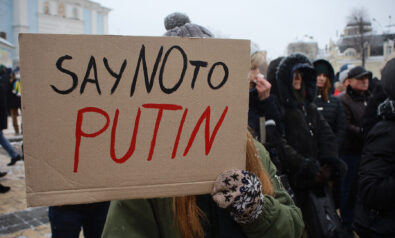 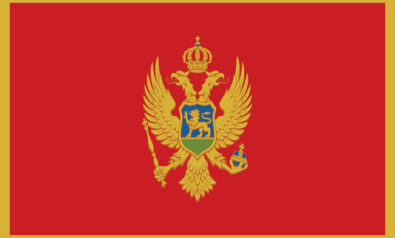 When Will Montenegro’s Dreams of Joining the EU Become Reality?