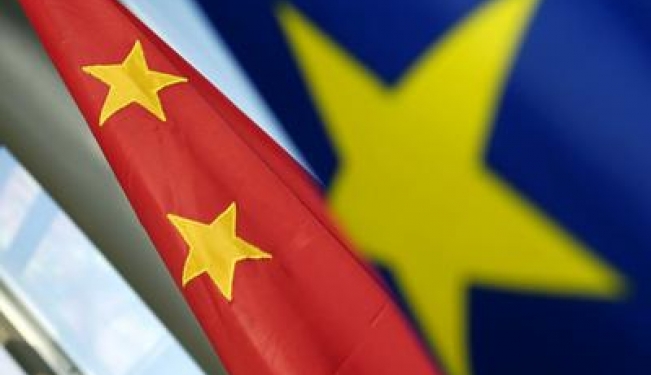 It will take bold action from Europe to avert disaster.

Three years after the start of the worst global financial crisis since World War II, clear signs of economic expansion have yet to emerge. On the contrary, many industrialized countries continue to revise down their forecasts for economic growth. Predictions for international trade volume are also being lowered. Sovereign-debt ratings remain under threat of downgrade, and market volatility, unsurprisingly, persists amidst political turmoil in Europe and uncertainty about the implementation of reforms that emerged from the most recent of emergency EU summits.

One unseemly result of that gathering was French President Nicolas Sarkozy’s phone call to Chinese President Hu Jintao to ask for a contribution to the European Financial Stability Facility (EFSF), Europe’s bailout fund. The move, however, reflects European short sightedness, limited political will, and a fundamental lack of understanding of the Chinese society. While China and other emerging economies hold significant amounts of foreign reserves, it does not mean that those countries will fulfill Mr. Sarkozy’s fantasy and agree to a no-strings-attached rescue of the Eurozone’s fiscally stricken member-states.

China is indeed working to diversify its foreign reserves to give greater weight to the euro, and China knows well that much of its economic growth depends on exports to the EU, its largest trading partner. But big financial losses in its US-dollar assets during the financial crisis’ early stages gave Chinese leaders a hard lesson in sovereign-fund investment. Beijing has become much more wary of where it places its money and, like all wily investors, is loath to make the same mistake twice.

As a result, the debate in China about coming to Europe’s assistance is likely to focus on two opposing positions. On one side are those who will advocate that China exploit the situation to wrangle long-desired concessions in return for the cash. In this scenario, Beijing would push Europe to bestow market economy status upon China, support the inclusion of the renminbi in the International Monetary Fund’s (IMF) currency basket, cease pushing for a renminbi appreciation, and lift an arms embargo. On the other side are those adamantly opposed to giving funds amassed by hard-working, cheap domestic labor for rich Europeans unwilling to work more. Those in this camp ask a straightforward question: If the Germans don’t want to save Europe, why should the Chinese government do it?

The reality of the situation is that Europe is unlikely to accept any strings that China would attach to its financial support, and Beijing needs to pay close attention to public rumblings in a period of domestic political transition. Under these conditions, it is unsurprising that China promised nothing at last week’s G20 summit.

It is still possible that China might invest in the EU through an IMF special purpose vehicle (SPV) that would offer guaranteed returns and more influence in the organization. There is, however, a sticking point with this option, too: The US has clearly rejected the idea although it has little to offer Europe. China is certainly justified in demanding a return on its investment, but this puts the trans-Atlantic partnership under more stress.

What’s the solution for the Eurozone? If European governments are serious about saving their common currency they must commit themselves to fiscal reform and further political integration. Time is of the essence in doing this since markets are showing little faith in Europe’s ability to come to grips with the crisis. The numerous emergency summits have failed to provide any fundamental breakthroughs. Rather, they have served to expose further the challenges of Europe’s complex and unwieldy decision-making processes. With Italian bond yields now reaching euro-era highs, the clock is ticking. A full Italian bailout is more than Europe can afford and could herald the euro’s death knell.