Whatever pundits might have said, the recent NATO summit in Brussels has not ushered in a new era for the alliance.

Shaken by US President Donald Trump’s statements, ranging from accusing America’s European allies of free-riding their NATO membership to alleging Germany’s dependency on Russian gas, the Brussels summit was mostly focused on EU-NATO cooperation. Although Trump has labeled the European Union a foe, mostly because of his vision of world trade as a zero-sum-game, his tirade against the low level of commitment by European allies is nothing new.

Indeed, though expressed in a characteristically bombastic way, Trump has again highlighted NATO’s main problem following the demise of the USSR — the lack of a common view on the scope of the alliance and the subsequent loss of centrality. If up until 1989 NATO was considered a collective security system aimed at deterring the threat of a Soviet invasion, ever since its collapse in 1991, the alliance has been struggling to recast its role in a way.

In regard to this, Trump’s words on the reluctance of European allies to bear the financial burden of NATO have uprooted long-standing concerns.

First is the issue of US military commitment to Europe. The reopening of the burden of sharing the cost was one of the flagship topics during Trump’s campaign over the last few years; rebuilding America from its foundation at home, with the implementation of tariffs and barriers on foreign-made products, and the improvement of the trade balance toward the allies (known as the Navarro doctrine on trade), goes hand in hand with the demand for stronger commitment on defense spending for NATO by the Europeans.

In Trump’s view, the US no longer needs to carry the lion’s share of EU defense, especially in light of the acceleration of security and defense procedures within the European Union. The United States spends 3.6% of its GDP in defense, while most European countries within NATO do not live up to their commitment of 2% of GDP. Nevertheless, the idea of shifting US military posture in Europe is rooted in the past; other presidents, from Dwight Eisenhower to Barack Obama, have raised the issue of burden sharing.

Second, even though Russia’s annexation of Crimea in 2014 has breathed new life into the alliance, it has also become a bone of contention among member states. Yes, the 2014 and 2016 summits were aimed at reiterating the centrality of Article 5 (which states that an attack on a NATO member is an attack on all) and to establish the deployment of troops on the eastern and southern flank — the Enhanced Forward Presence upon which the rotation of combat infantry brigades should counter any “offensive” Russian move. Nevertheless, it goes without saying that the build-up of Russian conventional forces is comparatively higher than NATO’s, which is years away from ensuring strategic parity in case of a Russian invasion along the eastern flank.

This reflects the idea that within NATO not all members share the same concern over Russia. Thus, France, Germany and Italy do not seem to look at Russia as a direct threat and are keen on engaging Moscow both with commercial relations and deterrence. For these countries, Russia is a significant economic partner both for imports of energy products and exports of mainly machinery and manufactured goods. By contrast, Estonia, Lithuania and Latvia’s view on Moscow is quite the opposite.

I had a great meeting with NATO. They have paid $33 Billion more and will pay hundreds of Billions of Dollars more in the future, only because of me. NATO was weak, but now it is strong again (bad for Russia). The media only says I was rude to leaders, never mentions the money!

To sum up, while Trump’s bombastic request to increase overall defense spending to 4% has sparked a debate among the allies, it has focused the attention on the varying degrees of military commitment. At the end of the meeting, Trump reaffirmed US commitment to NATO. However, as Obama began the withdrawal of US combat forces from Germany, Trump will most likely follow suit. In regard to this, it seems that the US will continue the pivot to Asia and use its strategic forces to contain China, while maintaining a smaller presence of conventional forces (with high firepower capability) in Europe in order to hedge against Russia.

Thus, Europe must come to terms with it. This means that European countries have to continue to pursue their structural integration at the armed forces level in terms of harmonization of equipment procurement, research, funding and logistics. Aside of the Permanent Structured Cooperation framework, which is part of the European Union’s Security and Defense Policy, nine European states have signed off on establishing a European military force for rapid deployment in times of crisis, a project aimed at strengthening and reinforcing readiness of forces.

However, European countries are far from having political will to pursue this path. In security and defense matters, cooperation between states is risky and could put national interests at stake. With regard to this, who could rule out that a complete withdrawal of US forces may not trigger an arms race and, in the worst case scenario, enhance nuclear proliferation among major states, especially France and Germany? Nobody, except the United States. That is why allies remain bound to a vision where US armed forces are hosted on their soil, which ultimately means that Washington has a dog in the fight and will thus intervene in the worst case scenario.

What is likely to happen is that the alliance is not going to be dismantled anytime soon. On the one hand, European countries will struggle to form a real European army with good results in terms of operational capability, while they will modestly increase their defense expenditures to accommodate US requests. On the other hand, Trump will follow through on Obama’s policy of disengagement from Europe while, at the same time, he will maintain fewer conventional forces on European soil aimed at continuing to carry out operations in closer proximity, such as the Middle East and North Africa. 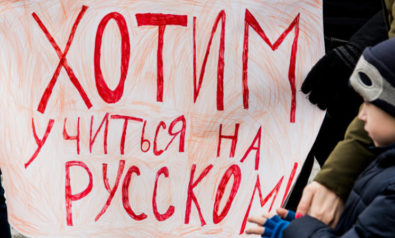 Is the Latvian Government About to Settle the “Russian Issue”? 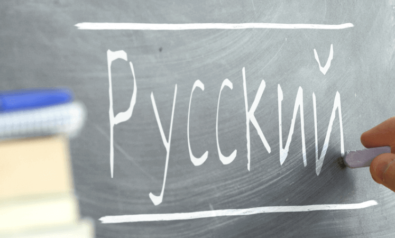 Why Is Russia Not Stepping In to Protect its Compatriots Abroad?
/home/u159596361/domains/fairobserver.com/public_html/wp-content/uploads/2017/01/Donald-Trump-Vladimir-Putin.jpg