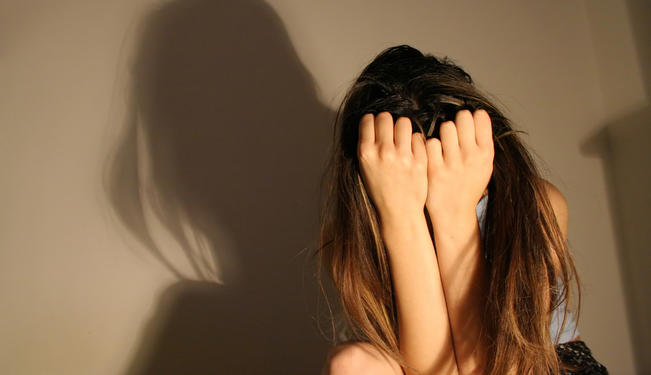 The dominant terminology on forced labour relations is too rigid in assuming the existence of two homogeneous but separated groups of workers.

"For three hundred years, the most powerful nations on earth grew richer and stronger on the profits of slave trade. Over twelve million men, women and children were forcefully transported from Africa…to the colonies and plantations of North and South America. Today, slavery is illegal in every country on the planet, but the truth is slavery did not die in the 19th Century. It is alive, it is thriving and it is bigger than ever."

With this sweeping statement, researcher and journalist Rageh Omaar introduces every episode of the eight-part Al Jazeera series on modern slavery. The message is clear: slavery is by no means banished to history books, but still out there as an embarrassing injustice in the modern world.

Statements like these are no exception, but are widely used by media, awareness campaigns, NGOs and even the International Labour Organisation (ILO). The latter, defines forced labour as "all work or service which is exacted from any person under the menace of any penalty and for which the said person has not offered himself voluntarily." In the accounts of the ILO, the world in 2005 numbered around twelve million people employed in any kind of forced labour. A similar but more alarming story comes from Kevin Bales, president of the anti-slavery NGO Free The Slaves. In his book – from which the Al Jazeera series drew heavily upon – Bales lays out the horrors of forced labour in different countries and calls for international action to end these practices. Bales more than doubles the ILO estimate, and claims that over twenty-seven million people worldwide are still being employed in slave-like labour relations.

Whether on vulnerable sex-workers, child labourers or exploited sweatshop employees, the term "modern slavery" classifies reality in convenient and easily understandable categories, and in this way creates a clearly defined evil to be opposed. Without doubting the good intentions of these initiatives, the question that will be asked is how useful such an approach is in order to really understand and address these forced labour relations. The fundamental critique here is that the categorisation above is to a large extent artificial and that it falsely simplifies a complex and heterogeneous reality.

Firstly, by creating an absolute dichotomy between forced labour and free labour, this conception falsely lumps together a very wide range of diverse labour relations. Some forms of forced labour are literally bonded, while in other cases there is extreme vulnerability and dependence, but no direct physical force. Forced labourers can be employed domestically, in national industries, or in export sectors. They might be employed within their own community, or as national or international migrants, or even trafficked.

Secondly, the conventional interpretation on forced labour puts modern slaves as an isolated and sadly affected residual working force, outside the scope of the "normal" labour market. However, arguing that a common aspect of these diverse forced labour relations are an extremely marginalised position of workers and harsh working conditions, this hard division might need to be nuanced somewhat. Put differently, what is the exact difference between forced labour and free employment with very harsh labour conditions? For example, what is the difference between the indebted Indian brick moulder – formally labelled as forced labour – and the Vietnamese sweatshop employee working long hours for insanely low wages?

As such the dichotomous paradigm of modern slave labour should be reinterpreted as a continuum, comprising both "free" and "unfree" employment. As a result, the twelve or twenty-seven million slaves within the official terminology, are not an isolated group outside the sphere of "normal" work. In fact, they are not a separate group at all. They just happened to be at the very far end of a long chain of increasingly worse labour conditions.

An example of this heterogeneous nature of forced labour relations would be the case of Moldavian sex-workers in Istanbul. After the dissolution of the Soviet Union, large amounts of Moldavian migrants moved into Turkey – predominantly Istanbul – looking for employment. Just in 2005, almost a hundred thousand Moldavians  entered Turkey – mostly women — and they can be divided into three groups: petty traders, domestic workers and sex-workers

Where some workers enjoy relatively decent working conditions, there are certainly forms of employment included that contain signs of forced labour. Where some women are trafficked, others came voluntarily — and where trafficked women sometimes end up in prostitution, this is certainly not always the case. Although most of the sex-workers did know they would be employed in the "entertainment sector" beforehand, there is clear empirical evidence of trafficking, debt bondage, deception, abuse, withholding of wages and other features of forced labour by ILO standards.

On the other hand, however, different studies suggest that the agency of these sex-workers should not be neglected. Extensive empirical research showed that these women often deliberately moved to Istanbul, attracted by positive stories of returned migrants, much higher wages, the prospect of a glamorous lifestyle and a general feeling of independence. Most of them stayed just for a limited amount of time before returning to their home country again.

All in all, an argument could be made that these women are often active agents, chasing better lives and opportunities and escaping hopeless prospects in their home countries. The specific employment where they generally end up ranges from extreme forms of debt-led forced employment, to less forced but still exploitative labour, to temporal and voluntarily engaged labour relations, to completely free labour.

In addition, it should not be conceived as an isolated and residual deviation, unconnected to society as a whole. This approach does not only falsely simplify a complex reality, but also influences the way forced labour is being addressed. In the conventional perception, forced labour relations constitute a deviation from the normal and just functioning of labour markets and are as such seen as malignant exceptions of an otherwise benign norm. In other words, if regulations would only be enforced and labour markets would simply be allowed to function naturally, this would automatically prevent forced labour to occur.

In opposition to this approach, the reinterpretation of forced labour relations as put forth in this article, derives from a fundamentally different interpretation of labour relations and labour markets. This approach transcends the free-unfree bipolar approach, and instead proposes a structural analysis of the labour markets that allow for such a continuum of decreasing labour conditions to exist in the first place.

In other words, the issue should not be about "how to stop slavery", or not even the already more nuanced "where to draw the line between acceptable and unacceptable labour relations." But instead, what are the underlying structures of current labour markets that create these conditions that tend to move towards or across the unacceptable?

Without giving clear cut answers here, it is argued that in order to really address the issue of "modern slavery", instead of creating a simple boogeyman, the most important move would be to change the dominant paradigm on labour and labour markets. Alternatively, it seems very unlikely that, despite all global alliances, lengthy reports and campaigns for awareness, forced labour will wither away from the face of the earth.